An exit poll in Poland's presidential runoff election shows a tight race that is too close to call between the conservative, populist incumbent and the liberal, pro-Europe mayor of Warsaw – a battle that reflected the deep divisions in this European Union nation.

The exit poll by the Ipsos institute showed President Andrzej Duda with 50.4 per cent of the vote and challenger Rafal Trzaskowski with 49.6 per cent.

But the poll has a margin of error of plus or minus two percentage points. The difference between the two 48-year-old candidates is within the poll's margin of error, meaning it's not yet possible to say with certainty who won. 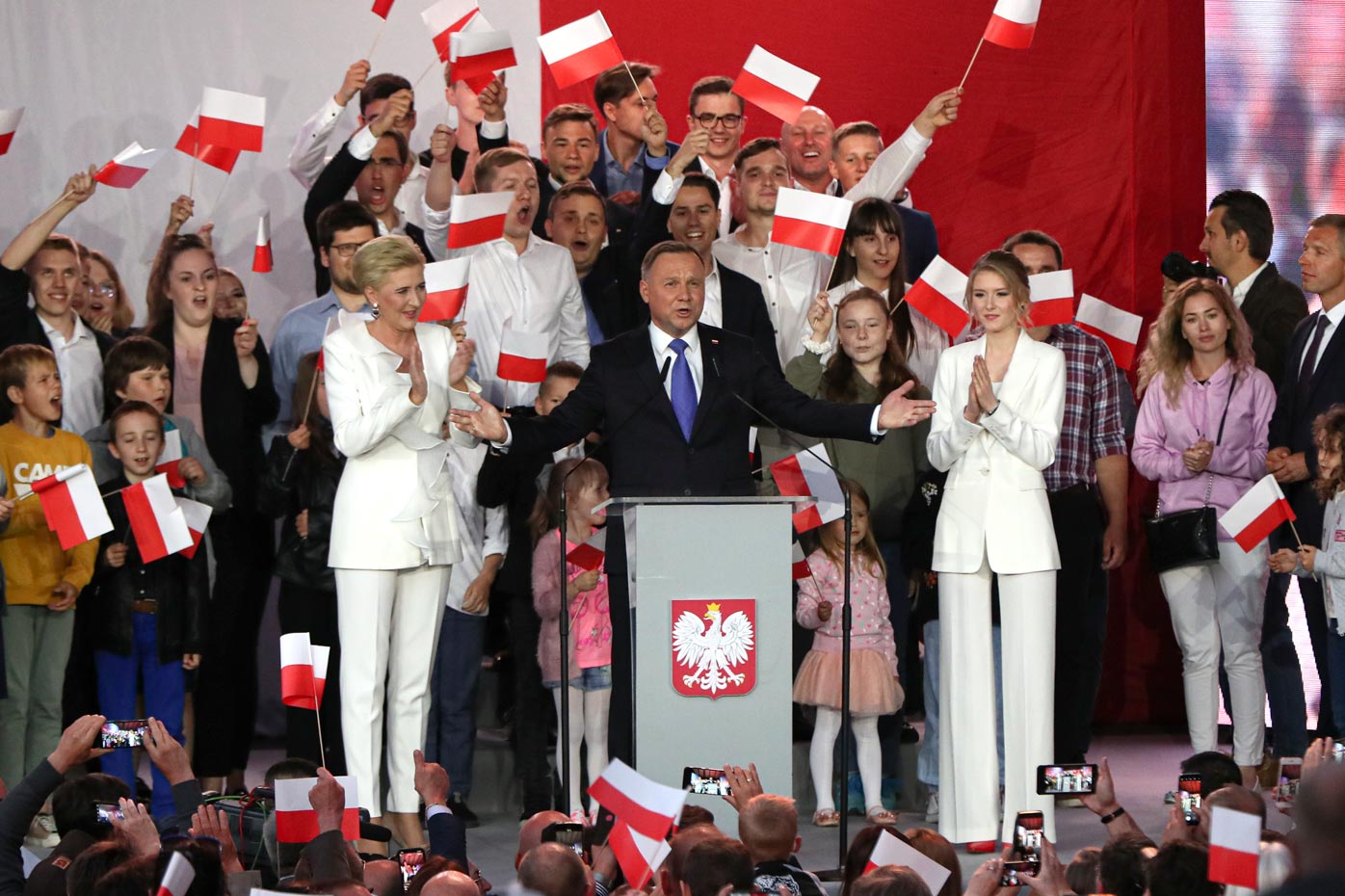 Official results are expected on Monday or Tuesday (local time).

Mr Duda, who is backed by the ruling right-wing Law and Justice party and the government, campaigned on traditional values and social spending in this mostly Catholic nation as he sought a second five-year term.

Mr Trzaskowski, a former European Parliament lawmaker, jumped into the race relatively late to oppose Mr Duda's denigration of urban liberals, the LGBT community and other minorities and to counter an erosion of democratic rights under the ruling party.

He represented the centrist opposition Civic Platform party that was in power in from 2007 to 2015.

The result is expected to lead to starkly different political paths for Poland, at least until 2023, when the next parliamentary election is scheduled.

The State Electoral Commission said the turnout by 5pm was 52.1 per cent, more than four points higher than at that time in the first round of voting on June 28 – one sign of just how much Poles on both sides feel their nation's future is at stake.

The ballot was supposed to be held in May but after much political wrangling was delayed by health concerns amid the coronavirus pandemic. Some 30 million voters are eligible to cast ballots.

In the first round, Mr Duda got 43.5 per cent support and Mr Trzaskowski 30.5 per cent.