Parents in NSW will not have to pay preschool fees for up to six months thanks to a $51 million funding package announced by the NSW Government. The NSW Government has also committed up to $82 million to support 260 council childcare centres who are not eligible for the JobKeeper payments. Premier Gladys Berejiklian said … Continue reading “FREE PRESCHOOL IN NSW FOR UP TO SIX MONTHS”

Minister for Police and Emergency Services David Elliott welcomed 263 new recruits to the NSW Police Force today after they were sworn in as probationary constables in Goulburn during a private attestation ceremony. Mr Elliott said the State would be a safer place with the recruits assigned to local Police Commands across NSW where they … Continue reading “BOOST TO FRONTLINE POLICE OFFICERS ACROSS NSW”

The leader of a New York City separatist group whose church used illegal tithes to swindle members out of millions of dollars has died.

A man has been charged after allegedly spitting on a woman at a Kellyville Ridge fast food restaurant yesterday. About 11.40am (Thursday 9 April 2020), a man attended the business on Windsor Road and ordered food. When the man sat in the outdoor section of the restaurant, staff told him that he was not able … Continue reading “Man charged after allegedly spitting on woman – Kellyville Ridge”

Police have charged a man allegedly found with drugs and an axe, while not complying with a public health order, during proactive patrols in Lake Macquarie yesterday. About 7.25am (Thursday 9 April 2020), officers from Police Transport Command spoke to a 30-year-old man in the driver’s seat of a parked car on Prosperity Drive, Morisset. … Continue reading “Man allegedly found with drugs and axe while not complying with public health act – Lake Macquarie”

Pink is on the mend after contracting COVID-19 last month, but the pop superstar isn’t likely to move past her experience with the coronavirus on an emotional level for quite some time.

Appearing on Thursday’s edition of “The Ellen DeGeneres Show” via video chat, Pink said the illness struck her family in mid-March, just as schools and nonessential businesses were closing across the country. Her 3-year-old son, Jameson, was the first to exhibit symptoms.

“He started with a fever March 14,” she recalled. “It just sort of was just all over the place. Every day it was some new symptom.”

Pink herself began to fall ill a few days later, although she “never had what they tell you to look for” at first ― and didn’t run a fever.

The singer knew something was wrong, however, when she began experiencing the respiratory issues associated with the illness. She has had asthma her entire life but hadn’t felt the need to use a nebuliser — which turns asthma medicine into a fine mist that patients can inhale ― for about 30 years.

“There’s no rhyme or reason to this,” she said of the virus. “This is the scariest thing I’ve ever, ever been through in my whole life.”

She was also surprisingly frank with regard to the easier-than-usual access she and other celebrities have had to coronavirus testing.

“You should be angry that I can get a test and you can’t,” she said. “But being angry at me isn’t going to help anything … and we should work together to try and change that.”

Pink first announced her diagnosis in an Instagram post last week. At the time, she also revealed that she’d donated $1 million to support medical professionals in Philadelphia and Los Angeles who are battling the outbreak.

DeGeneres, meanwhile, began hosting a scaled-back version of her show from home this week. Tuesday’s episode was the first since production on the series was halted March 13 because of coronavirus concerns.

A New York City woman has been charged with manslaughter after police said she shoved an 86-year-old fellow hospital patient for getting too close during the coronavirus outbreak.

Cassandra Lundy, 32, was charged with manslaughter and assault after a medical examiner ruled the March 28 death of Janie Marshall a homicide.

Both women were being treated at Woodhull Hospital Center for ailments unrelated to the coronavirus pandemic when Marshall, who had dementia, lost her bearings, wandered close to Lundy and grabbed her IV pole to steady herself, The New York Times reported.﻿

Lundy, enraged that Marshall had violated coronavirus social distancing recommendations, gave her a shove, according to police. Marshall fell to the floor, striking her head, and died three hours later.

Police initially gave Lundy a summons charging her with disorderly conduct, but upgraded the charge after the medical examiner’s ruling.

“How do you put your hands on an 86-year-old woman?” asked Marshall’s grandniece, Antoinette Leonard Jean Charles, according to the Times. “I also understand the fear level of every person in New York has. There is a notion of every man for themselves. But attacking an elderly person? That went too far.”

NYC Health and Hospitals, which runs Woodhull, said it was “saddened” by the death, according to the New York Daily News. The hospital’s statement added: “We are committed to ensuring a safe, health-focused environment in these very demanding times so our heroic health care workers can continue to deliver the quality, compassionate care New Yorkers need more than ever.”

A legal representative for Lundy didn’t immediately respond to a request for comment. 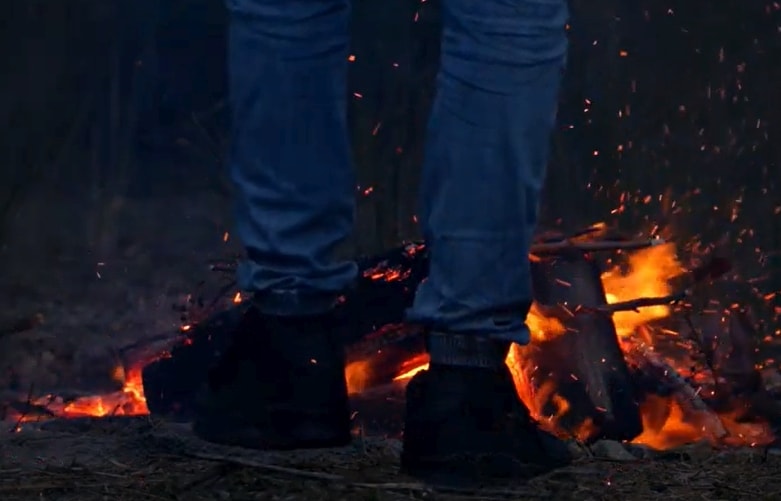 Brothers of Country acknowledges traditional owners of the land on which we perform, and we pay our respects to elders past, present and emerging. A band of brothers from across Tasmania, Australia and the World. These brother artists are writing songs and making films telling stories of men on country, sharing, song and story. Healing the […]

Donald Trump has responded to calls for a pardon for Joe Exotic, the colourful zoo owner at the centre of the huge Netflix hit Tiger King.

He is serving 22 years in prison for plotting to have an animal rights activist murdered.

However, fans of the documentary series Tiger King: Murder, Mayhem And Madness believe he is innocent and Donald Trump Jr, the US president’s son, joked he should be pardoned. 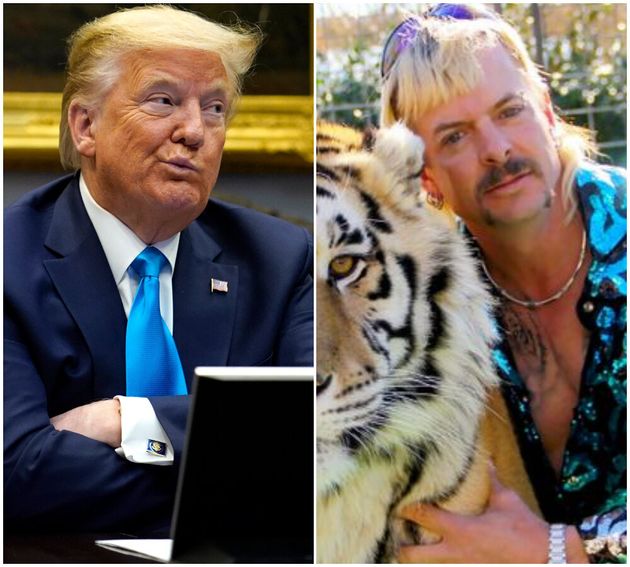 President Trump was asked about Exotic’s case during a press conference on Wednesday.

Trump, who has shown he is not afraid to wield executive privilege, asked the reporters if they would “recommend a pardon” before jokingly adding: “I’ll take a look.”

A reporter just asked if Trump would pardon Joe Exotic from Tiger King and Trump said, “I will take a look.” pic.twitter.com/f0c0R8QmDy

Baskin and Exotic were locked in a long-running feud over the latter’s alleged mistreatment of animals.

Fans of the series have also backed Exotic’s allegation that Baskin murdered her husband and fed him to tigers, an accusation she dismisses as ridiculous.

Exotic has twice unsuccessfully run for public office, with failed attempts at the White House in 2016 and for Governor of Oklahoma in 2018.

Nearly two years after saying “I do,”Kaley Cuoco and Karl Cook are finally living together under one roof.

Cuoco had been living in New York City while filming the HBO Max series “The Flight Attendant” before COVID-19 concerns halted production. Cook, a professional equestrian, also travels frequently for his job.

“This quarantine has forced us to actually move in together,” Cuoco said in an interview with “Jimmy Kimmel Live From His House” on Monday. “It’s been great for our relationship. And we like each other, we realised, which is even better!”

In mid-March, the couple moved into their new home in Los Angeles, along with their six dogs.

“I can’t find anything but the house is great. I think Karl would love it if I found my makeup at some point,” Cuoco joked.

So what does quarantine life look like for the couple?

In the past, Cuoco has called her marriage to Cook “very unconventional.” But their living arrangement suited them just fine.

“We’re not together every single day, and I think personally it’s important. It works well for us,” she told E! News in August.

Cuoco — who was previously married to tennis player Ryan Sweeting — tied the knot with Cook on June 30, 2018, in Southern California. The two animal lovers first began dating in 2016 after meeting at a horse show.

She continued: “[He’s] an amazing equestrian and great human. We share obviously our passion for horses and dogs and all that. And it’s been lovely.”