For some time, Manisha thought that the lack of her husband’s stamina was to blame for her sexual dissatisfaction. The 32-year-old came to this conclusion after she believed all other avenues had been exhausted—they’d had couples ther…

In their search for a new home after officially leaving their royal duties, Prince Harry and Meghan Markle have received an offer from another queen of sorts.

During a tour stop in London, 61-year-old Madonna (dubbed the Queen of Pop depending on who you talk to) offered the Duke and Duchess of Sussex her New York apartment.

“Don’t run off to Canada, it’s so boring there,” Madonna says in an Instagram video, getting ready while jazz plays in the background.

“I’ll let them sublet my apartment in Central Park West, it’s two bedroom. It’s got the best view of Manhattan, with best balcony.”

Canada’s wasn’t the only place Madonna put down as she tried to sell the couple on her pad.

“Buckingham Palace has got nothing on [Central Park West],” she said.

No opinion on @Madonna saying Canada is boring.But it’s part of Toronto history that she was met by the cops at one of her concerts due to complaints that her performance violated “decency” laws.Pretty sure that would make an impression on her (and should still embarrass Toronto)

Madonna has a complicated history with Canada. She was nearly arrested while performing in Toronto in 1990. The singer was told to tone down her provocative performance, or she could face obscenity charges.

She went on to call Toronto a “fascist state,” a moment caught in the documentary Madonna: Truth or Dare.

Harry and Meghan likely won’t take the pop star up on her offer. The couple has had a long, special history with Canada. They spent the December holidays around Vancouver Island with baby Archie.

Then they officially announced they were stepping down as senior royals and moving to live part time in Canada. Meghan returned to Vancouver and rejoined Archie after the announcement.

Madonna’s sweet balcony might not have much over the mysteriously-owned 11,000-square-foot property Vancouver mansion the couple recently stayed at.

And for a couple seeking privacy, having a landlord as famous as Madonna likely won’t help.

Strange and wonderful things happen to your body when you’re pregnant. Some of them last forever – hello, stretch marks – and others, sadly, don’t. I mourn the loss of my magnificent DD cup size now I’m no longer breastfee…

Maybe it was the chicken by the sea — but apparently it wasn’t the Lacheys who sent Jessica Simpson a gift.Nick and Vanessa Lachey were having a totally normal “Today” Q&A on Monday when things took a turn for the weird when…

In case you missed it: Actor, singer and celebrity Jennifer Lopez briefly performed a beginner’s pole dance during Sunday’s Super Bowl halftime show, when she ascended fairly gracefully upon a slowly spinning pole, and then held two poses w…

Democrat House speaker Nancy Pelosi ripped up her printed copy of US president Donald Trump’s speech at the conclusion of his State of the Union address on Tuesday.The dramatic moment showed the country’s highest-ranking Democrat tear …

A team of scientists are drilling into the Earth’s core to try and predict our future. 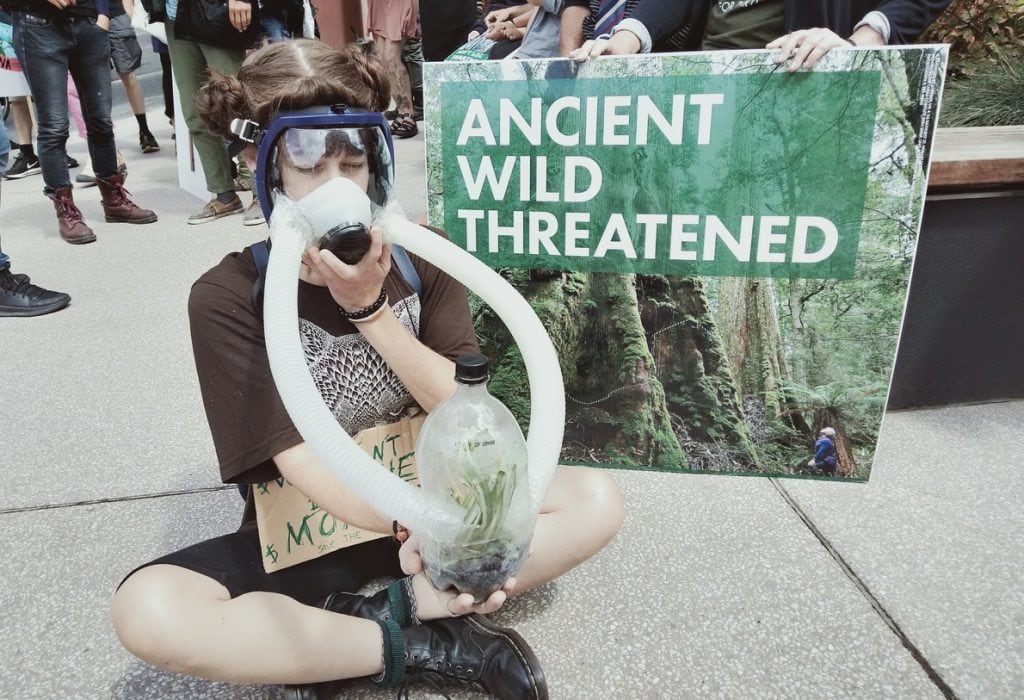 A noisy demonstration has called for the Premier to intervene to stop logging in the Tarkine. The call came as nine protestors have been arrested in the Que River forest over the last three days. Charges laid against people attempting to halt the forestry operation include trespass and obstructing police. “We want to see the […]

The post Calls for Premier to Intervene in Tarkine appeared first on Tasmanian Times.

A private art teacher has been charged over alleged historic sexual offences against a young student.