The body of a middle aged women has been found on a beach near Torquay in Queensland’s south-east .

Australian shares have rebounded after global markets recovered from a sell-off amid concerns about the deadly coronavirus epidemic.

Four of Australia’s leading retail associations have joined together to fight against a bank practice they claim is partly responsible for fueling the country’s “retail apocalypse“. 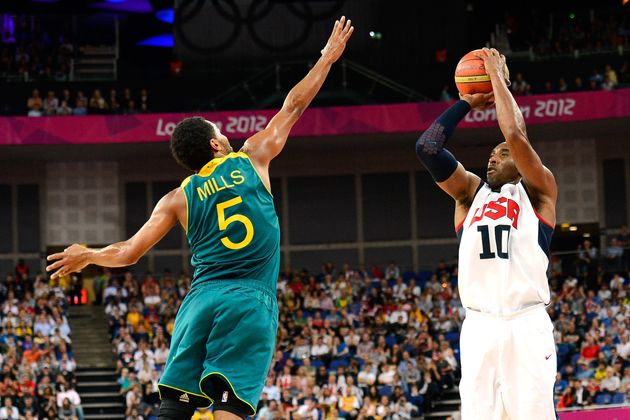 Australian basketballer and NBA star Patty Mills has honoured Kobe Byrant, thanking the Los Angeles Lakers legend for his “generosity” and for teaching him “ways to inspire” his country.

Bryant died Sunday in a helicopter crash, along with eight others, including his 13-year-old daughter, Gianna. Tributes, vigils and worldwide grief began within hours.

“No words will ever do this justice and it is still so hard to comprehend but I will be forever grateful for your generosity, guidance and teaching me ways to inspire my country,” Mills, who pays for NBA team San Antonio Spurs, said in an Instagram post.

“Sincere condolences and thoughts are with your family.”

In Los Angeles, mourners gathered in Lakers gear outside Staples Centre, Bryant’s home court for 20 seasons and the site of Sunday’s Grammy Awards, where attendees honoured Bryant through song.

Barack Obama, LeBron James and talk show hosts led tributes this week with daytime TV host Ellen DeGeneres struggling to hold back tears as she delivered an emotional tribute to the NBA superstar.

Mills, who is a proud Muralag man from the Torres Strait and proud Ynunga man from South Australia, followed his original tribute with a second post that honoured Bryant with words of wisdom from the US basketballer.

“As extremely hard as it will be, I guess to truly honour you, is to do what you say,” Mills wrote.

Kobe Bryant, 2008: “Have a good time. Life is too short to get bogged down and be discouraged.

Shaquille O’Neal said Monday that he’s making a major life change in the wake of Kobe Bryant’s unexpected death in a helicopter crash on Sunday.

After learning about Bryant’s death, O’Neal said he called friends whom he still had disagreements with to put an end to any lingering conflicts.

“Look, I’m all about being hard and all that, but after yesterday, I’m gonna to have to delete my beef and my confrontation clause,” O’Neal said during an episode of his podcast, “The Big Podcast with Shaq,” recorded on Monday.  ”I don’t want to do that anymore because you know, you never know.”

Bryant and O’Neal famously had a long-standing feud while playing together on the Los Angeles Lakers during the late ’90s and early ’00s that they eventually put aside on an episode of O’Neal’s podcast in 2015.

The Los Angeles County coroner’s office, meanwhile, said Tuesday that all nine bodies have been recovered from the Calabasas wreckage, and it is working to identify them.

Carly Ledbetter and writers from HuffPost US teams contributed to this article.