An immune-deficient girl whose mother is accused of injecting her with urine says she never saw her mum use a syringe on a tube leading to a key vein.

A man has been rushed to hospital after disembarking from a plane from Malaysia with potential coronavirus symptoms.

The Pussycat Dolls suffered a rather unfortunate tech blunder during a performance on The One Show on Wednesday night.At the end of the show, the chart-topping girl group swung by the BBC’s studios to give their new song React its first full TV p…

Jennifer Lopez’s love may not cost a thing, but her outfits sure do.

The 50-year-old singer actor, and dancer was seen out and about in Miami over the weekend in an outfit that many of her fans might find familiar. Rocking a bodysuit, pants and a matching bag, Lopez wore Versace clothing featuring the brand’s iconic palm print: 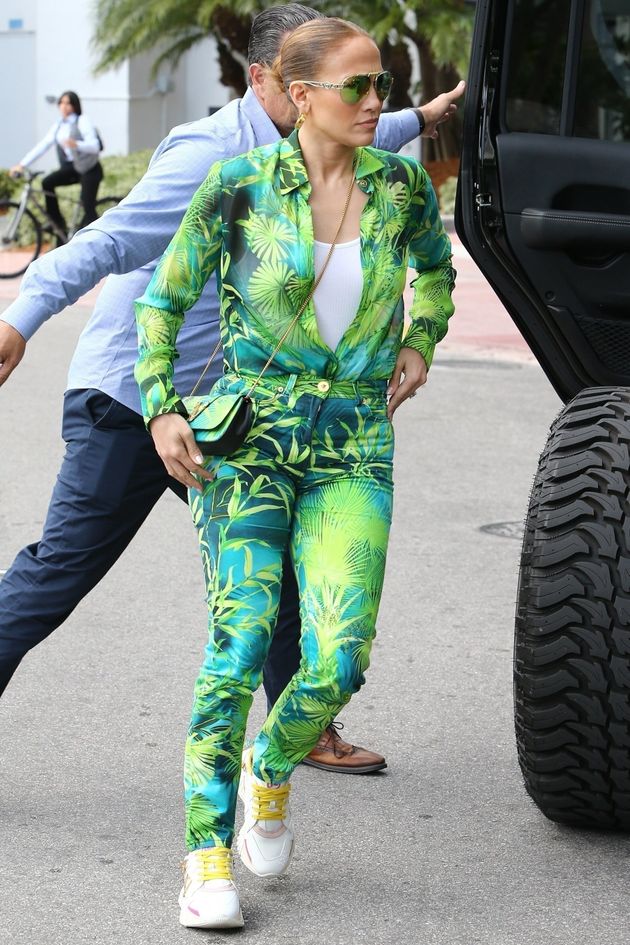 Lopez made that same print world-famous when she wore it on a low-cut, silk chiffon dress to the 42nd Grammy Awards ceremony in 2000. The dress made such a splash when she hit the red carpet that it propelled Google developers to create an image search tool ― what we now know as Google Images ― to help the droves of people searching for “Jennifer Lopez’s green dress.”

The “Hustlers” star and her famous dress previously made headlines last year during Milan Fashion Week when she closed Versace’s show wearing a near-exact replica of the 2000 gown. She also wore a recreated version of the gown for a concert in 2014.

Following warnings from health authorities to eschew shaking hands as the coronavirus continues to race around the globe, many Australians are no doubt at a loss as to how to offer a cheerful “g’day”.

“This is a bad time to have a president who cannot speak clearly,” Oliver said. “Because there’s already enough bad information flying around.”

The “Last Week Tonight” host noted that some of the worst info about the new strain of coronavirus was coming from Trump’s favourite channel, Fox News, which had “repeatedly amplified false claims.”

But Oliver saved some of his harshest words for Trump himself, who contradicted his own health officials ― claiming the number of infected would fall to “close to zero” when, in fact, it was rising ― and held a truly confusing news conference where he put Vice President Mike Pence in charge of the administration’s response to the outbreak.

Yet during the same news conference, Health and Human Services Secretary Alex Azar said he was in charge. That led to questions from reporters over who specifically was tackling the issue, at which point Trump just walked out of the room while Azar was still speaking.

“This was a press conference meant to calm the nation, and with the most basic question of who would be running things seemingly up in the air, he just fucked right off,” Oliver said. “I know we’re used to only seeing businessman Trump, but it is nice to occasionally get a glimpse of the absentee father in him, too.”

Watch the full segment below:

As the coronavirus outbreak nears pandemic levels, experts have been sharing the same advice for individuals looking to protect themselves from contracting COVID-19: Wash your hands and don’t touch your face. While the former is simple enough, th…

Bringing total number of COVID-19 cases in Australia to 39.

From forking out $25 for toilet paper to a staggering $46 for a tin of Nescafe instant coffee, Australians living in remote communities have taken to social media to protest the prices they’re paying for basic items.

Health services across the world are ‘dangerously ill-equipped’ to tackle the growing global outbreak, experts fear.