Lizzo isn’t the only person in her family who has moves.

The singer/rapper shared a sweet video on Instagram Monday showing her dancing in a white bath towel alongside her mother, Shari Johnson-Jefferson, who’s wearing a matching white bathrobe.

“Been in Detroit [with] family,” Lizzo captioned the post. “This makes me smile. Hope u smiling too.”

Lizzo was born in Detroit and lived there until her family moved to Houston when she was 10. She left Houston for Minneapolis as an adult.

Johnson-Jefferson and Lizzo’s sister, Vanessa, addressed Lizzo’s famous twerking skills during an interview with Access Online last year. The pair were running a food truck called A Taste of Lizzo outside the singer’s concert in Los Angeles at the time.

“I asked her to teach me how to do it and she won’t show me,” Johnson-Jefferson said with a laugh, adding that she was “so proud” of her daughter’s successes.

Last month, the “Cuz I Love You” singer was named Entertainer of the Year at the 2020 NAACP Image Awards. She earned her first three Grammys in January, and was the awards show’s most-nominated artist. 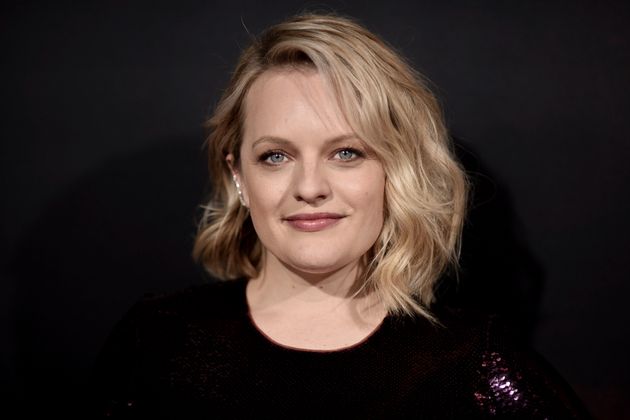 Bonded by Xenu, but not by love, Elisabeth Moss would like to clear up a few things when it comes to Tom Cruise.

As two high-profile Scientologists in Hollywood, the actors have been linked together in reports over the years. Speculation over whether the two were actually an item reached a fever pitch when OK Magazine ran a story about them dating with a photo of Cruise cozying up to a mystery blonde.

But, of course, tabloid “facts” were complete fiction. Moss set the record straight during a recent appearance on “Watch What Happens Live with Andy Cohen.”

When a caller asked about her reaction to stories she was set to tie the knot with Cruise, Moss couldn’t help but laugh.

“I actually was confused and also mainly got texts from people being like, ‘I didn’t know, why didn’t you tell me?’” she said. “Just confusion from my friends, but mainly poking fun at it because obviously they knew that it wasn’t true.”

“The Handmaid’s Tale” star said she even caught a glimpse of the supposed photo of her and Cruise together, but immediately knew the woman in question wasn’t her.

Moss, who was raised as a Scientologist, has remained relatively tight-lipped about her own faith, but fielded questions about the relevancy of her beliefs to the oppressive religion depicted on the Hulu drama she stars in.

“I can only speak to my personal experience and my personal beliefs,” she told The Daily Beast last year, adding that she’s an unabashed feminist and supporter of LGBTQ rights. “One of the things I believe in is freedom of speech. I believe we as humans should be able to critique things. I believe in freedom of the press. I believe in people being able to speak their own opinions. I don’t ever want to take that away from anybody, because that actually is very important to me.”

She added: “At the same time, I should hope that people educate themselves for themselves and form their own opinion, as I have.”

And as for who she’s dating, Moss spoke of a nameless “special someone” in a Marie Claire interview last year, confirming that she does indeed have a boyfriend.

The Joie i-Travvel, which retails for more than $600, shocked testers when it ejected the child dummy during testing. 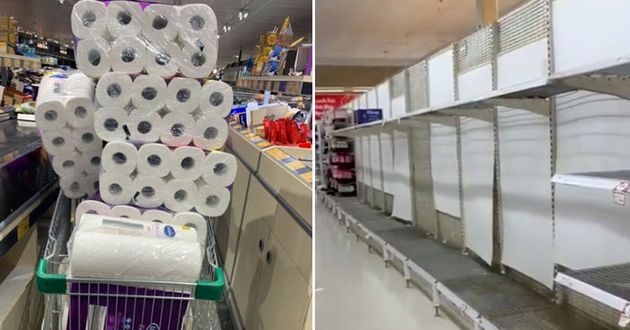 Australians are buying and hoarding essential items like toilet paper amid coronavirus panic with #toiletpaper one of the top trending Twitter topics on Wednesday.

Social media images and viral footage shows empty shelves in Sydney and Canberra supermarkets after coronavirus fears prompted shoppers to stock up on foods like pasta and supplies such as toilet paper.

CEO of Richies IGA told Channel Nine’s Today Show on Wednesday the rush hasn’t impacted fresh produce or deli but he did admit the past 24 hours has been unprecedented.

“I have been in the industry 45 years, been through the SARS and have never seen anything like this before,” Harrison said.

“Toilet paper but also tissues, hand towels. Long life milk. It’s basically the products that have extended code that don’t have a used by date that are starting to move, rice, flour. They are selling. We are starting to see red meat shoot off the shelves as well.

“It’s almost a wipeout now. We do need the public to be a little bit more responsible.”

Australia, you have officially lost the plot! #toiletpaperpic.twitter.com/i0CuqVAaBS

Never fear, Aussies are warding off Coronavirus with 3ply. #Straya#Stockpiling#Panicbuying#ToiletPaper#NoMasksNowuccas#coronavirusaustralia#Coles#Wooliespic.twitter.com/05cZP7SmIU

If there is a run on wine I am the first one at the bottleo!#toiletpaper#toiletpapercrisis#toiletpapergatepic.twitter.com/Pu8aUBwqJR

To prepare for a pandemic, University of Queensland virologist Ian Mackay advised people in a blog post to stock up on prescription medication and food that will last but urged the public to be sensible as this situation “is not a zombie apocalypse.”

“Don’t hoard and don’t buy more than you’ll need for a 2 week period.”

What exactly are these people expecting to happen here? We’re not going through a nuclear winter. If schools close or gatherings are shut down, we’ll still have access to grocery shops. And…where’s the food this will be needed for ? https://t.co/0qltWSEMAY 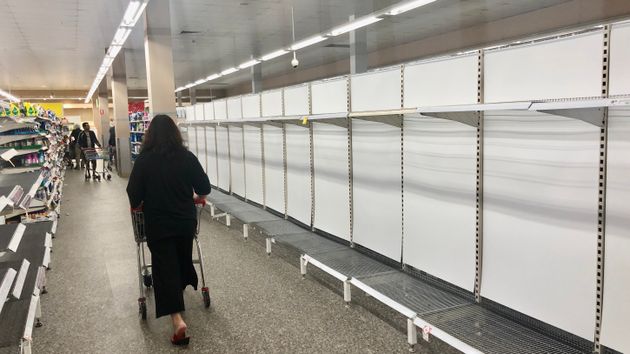 Will the essentials actually sell out?

“They would send the same message I am sending you today. It is important that people just go about their business and their normal processes in a calm manner,” Morrison told reporters in Canberra.

Woolworths confirmed the purchase limit of four packs per customer transaction will apply in-store and online from Wednesday and IGA added it will do the same.

Testing out back up options #toiletpapergate#toiletpaperpic.twitter.com/J0848lamX7

Meanwhile Australia will use a little-known biosecurity law to restrict the movements of people suspected of having the coronavirus.

The first community transmission of coronavirus has happened in Australia after a doctor contracted it. State health officials have said the unidentified doctor has not travelled overseas in months and had not treated any of the other confirmed cases.

Amid fears of a widespread outbreak, Attorney-General Christian Porter said the government will expand the use of a rarely used law that would either designate some places as out of bounds or place the patient in home detention.

“Under the biosecurity act, you could have the prevention of movement from persons in and out of particular places,” Porter told the ABC.

“You might have a major sporting event where people would be in very, very close proximity to each other and… it might be determined that the risk of transmission at a venue like that was too high.”

The law, enacted in 2015, has rarely been used outside Australia’s agricultural sector.

Prime Minister Scott Morrison last week said a pandemic was likely and Australia has moved to try and prevent the virus from reaching its shores.

Since February 1, Australia has stopped any foreigner from entering directly from China, where the virus originated.

China is Australia’s largest trading partner and the move has prevented thousands of students and tourists from entering the country.

Some Chinese students have travelled to a third country for two weeks, the incubation period for the coronavirus, which satisfies Australia’s quarantine restrictions.

However, authorities confirmed on Tuesday that one such student, a 20-year old Chinese man, has been diagnosed with coronavirus. The unidentified man spent two weeks in Dubai before travelling to Australia.

Australia has had one death, a 78-year-old man who was a former passenger on the Diamond Princess cruise ship which was quarantined in Japan.

Widespread rainfall and thunderstorms are expected to hit Australia’s east coast in coming days, with some areas expected to receive more than 100mm of rain over 48 hours.

Iran has temporarily freed more than 54,000 prisoners to help combat the spread of the coronavirus in packed jails

Coles will join Woolworths in placing buying restrictions on toilet paper to cope with demand from Australian consumers amid coronavirus panic.

Police are hunting a man who allegedly used a fishing rod to steal jewellery from a high-end fashion store in Melbourne’s CBD. 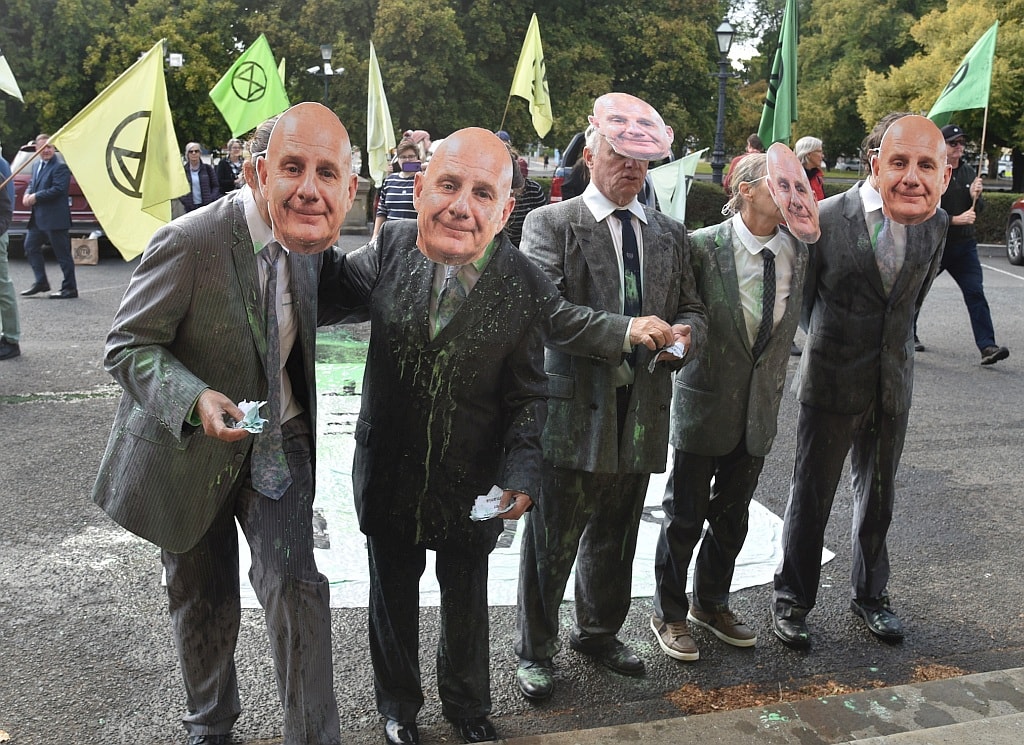 Media release – Extinction Rebellion, Hobart, 3 March 2020 XRTAS has had a gutful from the Ministry of Greenwashing: Stop misleading the public! As the Tasmanian government returned to parliament on March 3, around 40 Rebels descended upon Parliament House grounds to express their physical disgust toward the greenwashing coming from the Minister for Climate […]

Following revelations from the National Audit Office in Senate Estimates,Greens Senator Janet Rice has condemned the Morrison government for their corrupt behaviour and for meddling with the list of sports projects funding hours after the Federal election was called. Senator Janet Rice, Greens spokesperson for Sport said: “Morrison is absolutely up to his neck in … Continue reading “MORRISON’S FINGERPRINTS ARE ALL OVER SPORTS RORTS SCANDAL, ANAO REVELATIONS SHOW”