US stocks have sold off sharply overnight, with shares of travel companies pummelled, as large swings in the market continued amid uncertainty over the spread of the coronavirus and its economic fallout.

Twitter users took President Donald Trump to task after he suggested in a rambling interview that it would be OK if people infected with the coronavirus  ignored official advice to isolate and went to work instead.

A lot of people will have this and it’s very mild. They’ll get better very rapidly. They don’t even see a doctor. They don’t even call a doctor. You never hear about those people. So you can’t put them down in the category of the overall population in terms of this corona flu and/or virus. So you just can’t do that. So, if you know, we have thousands or hundreds of thousands of people that get better just by, you know, sitting around and even going to work. Some of them go to work, but they get better.

Check out the clip here:

Here is the President of the United States telling the country it’s okay to go to work with Coronavirus.

Trump has been peddling falsehoods and downplaying the virus threat amid his administration’s haphazard response, even as COVID-19 illnesses spread in the US.

Critics on social media appeared exasperated by Trump’s “go to work” suggestion, which contradicts Centers for Disease Control and Prevention guidance that people with COVID-19 should “not go to work school or public areas” and “avoid using public transportation, ride-sharing or taxis.”

Not a doctor or a virologist or anything but DEFINITELY DO NOT GO TO WORK IF YOU HAVE CORONAVIRUS PLEASE AND THANK YOU. https://t.co/CpSxbvCHGs

Trump has had briefings from the nation’s best doctors and scientists on #COVIDー19 and he still spouts total, dangerous bullshit.
He’s not only stupid, he’s unteachable. https://t.co/phw5V5s5As

Am a doctor. Don’t go to work with Coronavirus. Don’t listen to Stupid. https://t.co/5tmnuyhYrE

It’s difficult to wrap your head around the fact that the president called into a TV show & made a series of statements during a pandemic directly contradicting public health advice. The mind boggles at how reckless & dangerous that is. People who follow his bad advice could die.

Please don’t go to work if you have the coronavirus

Love him or hate him it doesn’t matter please do not listen to him about this. If you get the #caronavirus please follow the CDC guidelines to minimize the spread. Just because you have few symptoms doesn’t mean the person you pass it to will be the same, it could kill them. https://t.co/Y4sSP6Cx1o

That is infuriating. This is a level of irresponsibility that is almost akin to shooting bullets randomly into crowds.

Trying to kill your voters is an odd move. https://t.co/HZZajA6Ks9

These are really dangerous lies. https://t.co/LAQpiOOPPG

Italy has just closed all their schools and we have President Dr Frankenstein down playing the risk because of poll numbers.

If you are sick, please do not go to work! Damn! https://t.co/oNupCnNTpe

Our idiot president is trying to get Americans killed right here. Because he’s a moron.

What does it take before all Americans want this clown gone? https://t.co/hFxK4VEYji

Trump calls it “Corona flu” and says, “Some people are getting better by sitting around.”

What do you expect from a man who looked at the eclipse without any protective glass?

A change must come in November.

Is encouraging an entire nation to deliberately spread a deadly pandemic an impeachable offense? Asking for a friend. https://t.co/e6FEnlvawh

Well we wouldn’t want to burden corporations with having to pay workers for sick days. https://t.co/o0DPmJWTP7

Going to work with a Covid19 infection should be considered an act of bioterrorism if the person has already been warned.

I know a remarkable number of people who are following his lead and saying it’s just a cough and a runny nose.

Coronavirus seems to have a 2-3% mortality rate (probably a bit lower) and a concerning rate of developing pneumonia. https://t.co/fmCRipB37p

Trump keeps going to work and infecting millions of people with stupid. https://t.co/gotGmmwTnz

Facebook has started taking down ads for the re-election campaign of President Donald Trump that direct people to a survey labelled a “census.”

Meghan Markle and Prince Harry made their first joint public appearance back in the UK on Thursday night at the Endeavour Fund Awards in London.

The last time Meghan and Harry publicly stepped out together for a royal event was on January 7 ― nearly two months ago ― at the Canada House in London, just one day before the announcement of their groundbreaking decision to “step back” as working members of the royal family.

The couple walked out to hundreds of camera flashes and cheers of, “We love you!” and “We love you, Harry and Meghan!” as well as one boo, according to video captured by Harper’s Bazaar royal editor Omid Scobie. 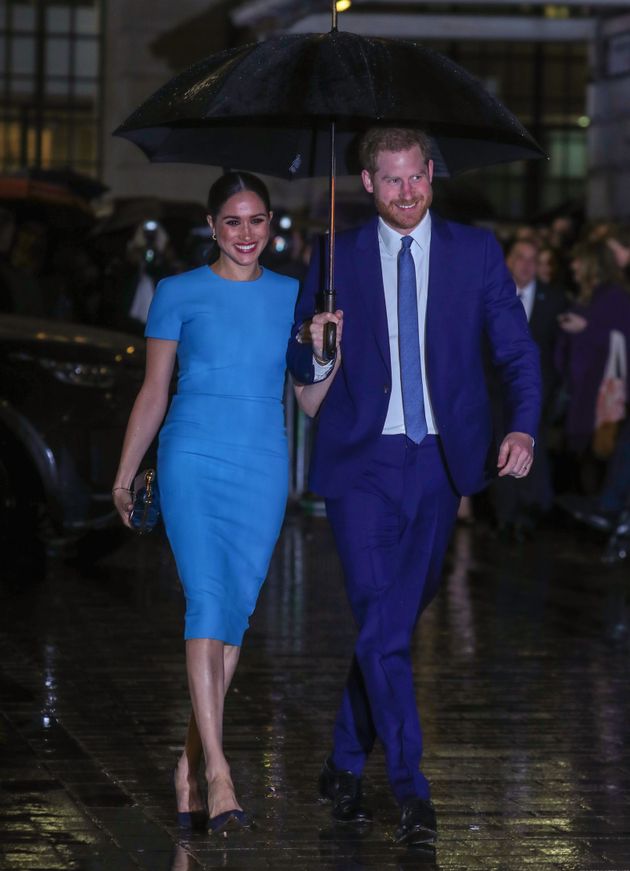 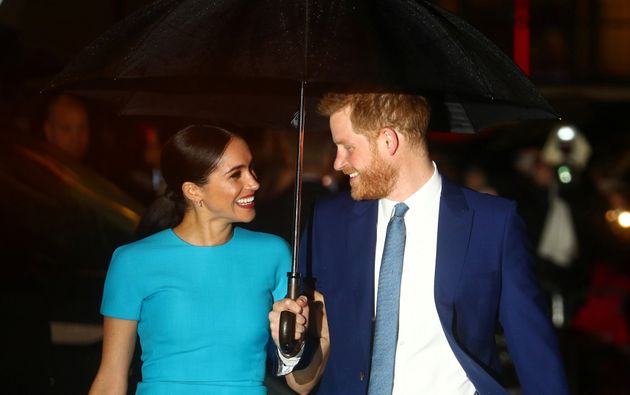 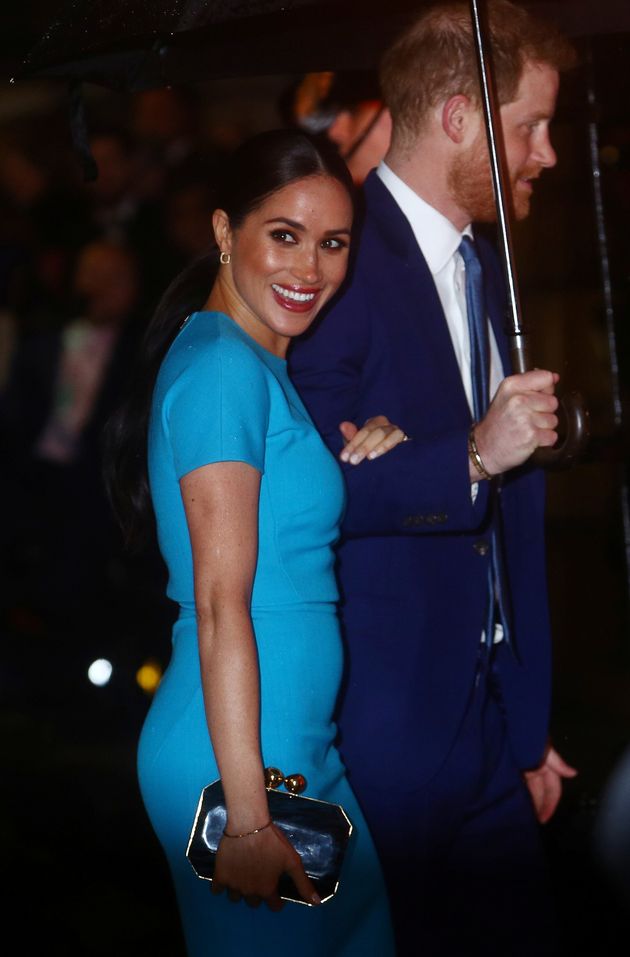 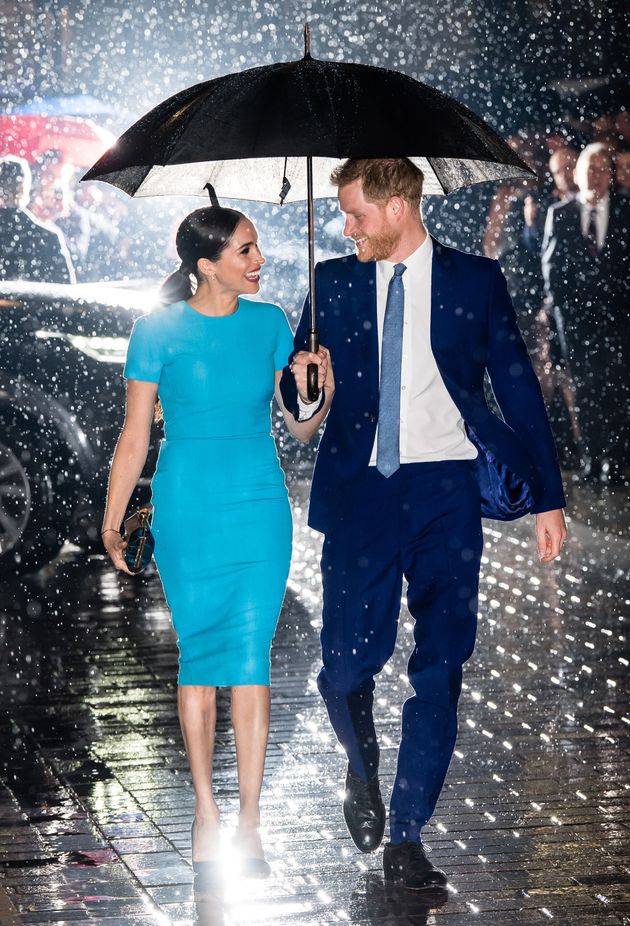 Meghan stepped out in blue suede heels and a gorgeous turquoise dress by Victoria Beckham, according to Daily Express royal correspondent Richard Palmer. It appeared to be Beckham’s pencil midi dress, which retails for $1,285. She paired her look with a bold red lip and a low pony.

Harry coordinated with the duchess in a sharp blue suit.

Prince Harry and Duchess Meghan have arrived at Mansion House for tonight’s @EndeavourFund#EndeavourFundAwards to celebrate the achievements of wounded, injured and sick service personnel who have taken part “in remarkable sporting and adventure challenges over the past year.” pic.twitter.com/Niig20DTkv

The Duke and Duchess of Sussex, who have attended the Endeavour Fund Awards together the past two years, were there again to “celebrate the achievements of those injured in service who have taken part in remarkable sporting and adventurous challenges after experiencing injury or illness in service,” according to a statement on the fund’s website.

The statement refers to Harry and Meghan as “Their Royal Highnesses.” While the two still retain those titles, they will stop using them when their royal duties draw to a close on March 31. 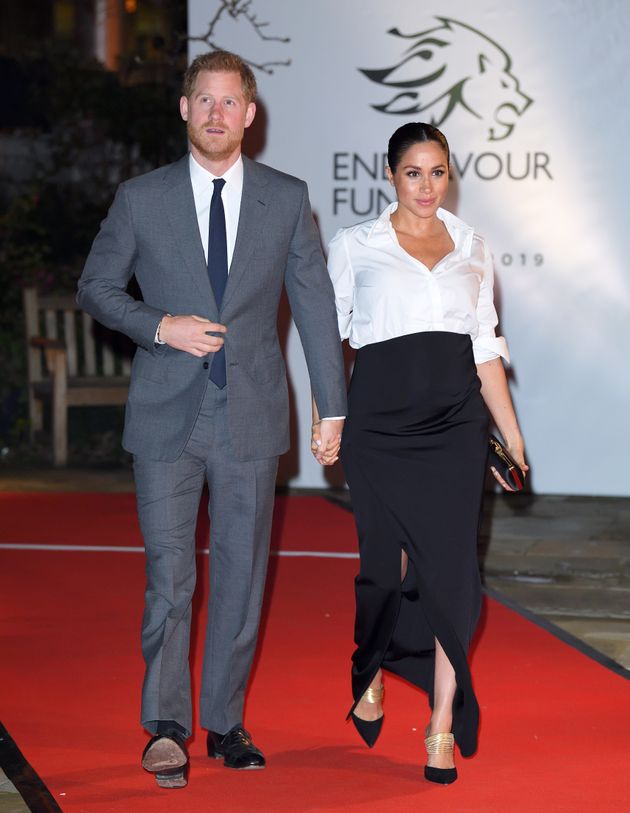 Harry and Meghan will carry out the last of their royal duties over the next few days in the UK On Friday, the prince will appear alongside Formula One driver Lewis Hamilton at the Silverstone Experience museum.

On Saturday, the duke and duchess will attend the Mountbatten Festival of Music, and on Monday they will appear alongside the rest of the royal family for the Commonwealth Day Service at Westminster Abbey.

Although some tabloids reported that Meghan would attend the Met Gala in May alongside Vogue UK editor-in-chief Edward Enninful, British Vogue confirmed to HuffPost that those rumours are “categorically false.”

Around the world, governments are scrambling to stay on the front foot as the situation continues to unfold at pace. 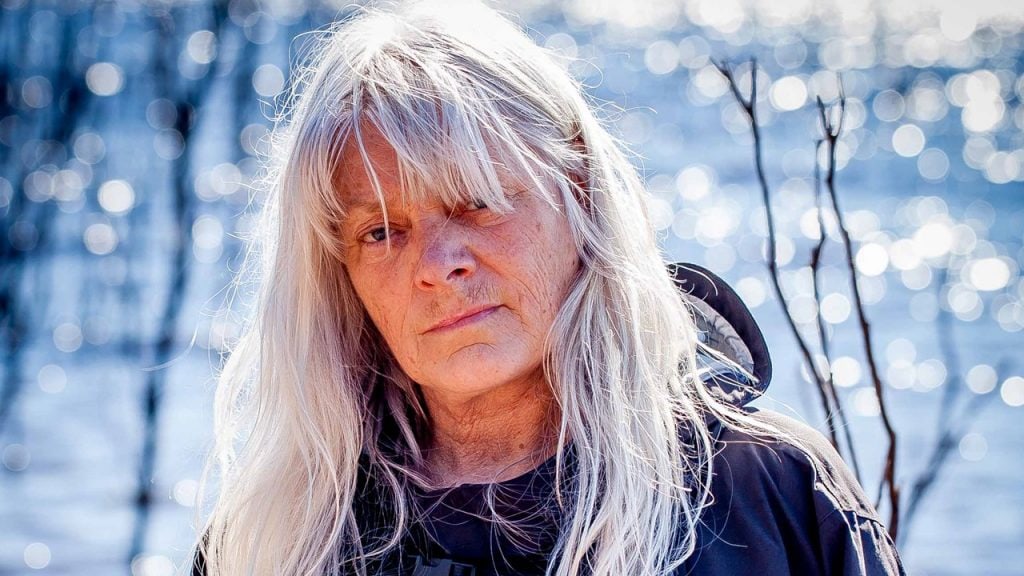 Women of the Island is a documentary web-series telling the untold yet inspiring stories of women who live in Tasmania. Each episode features a different story as diverse, complex, and interesting as the women themselves. A team of three female filmmakers – Rebecca Thomson; Lara van Raay; and Ninna Millikin – put together the web-series. […]

Tourists in Bali showing symptoms of coronavirus can’t have their samples tested on the holiday island, Bali’s health department has admitted.

Scott Morrison has again misled Parliament by claiming all projects bankrolled under his infamous Sports Rorts program were eligible for funding despite a clear finding to the contrary by the independent Australian National Audit Office. Last month the ANOA ruled that 43 per cent of grants made ahead of last year’s election under the $100 … Continue reading “SCOTT MORRISON AGAIN MISLEADS PARLIAMENT OVER SPORTS RORTS”

The National Security Committee of Cabinet has agreed today to introduce new travel restrictions, update the travel advice and implement new screening measures as part of the Government’s coordinated measures to protect Australians from COVID-19. The Australian Government’s highest priority remains the wellbeing and safety of Australians. These actions are based on advice that the … Continue reading “Update on Novel Coronavirus (COVID-19) in Australia”