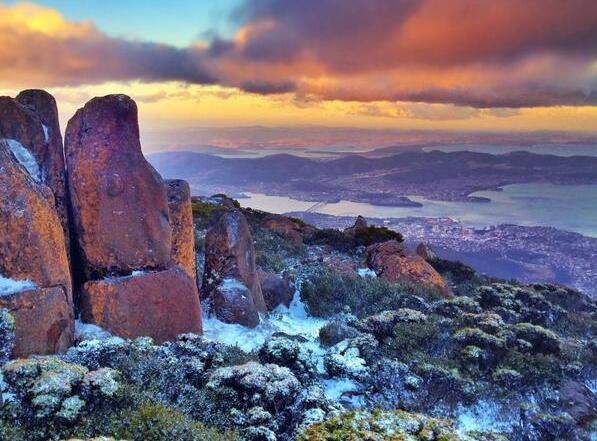 Concerns have been raised over the government’s proposed Major Projects legislation. Residents Opposed to the Cable Car (ROCC) say the laws, if enacted, could bypass existing checks and balances. ““This is a fast-track, shortcut approval process tailor-made for complex, controversial projects that would struggle to make it through a proper assessment and approval process,” said […]

Chrissy Teigen has opened up again about her struggles with body image as a swimsuit model.

The 34-year-old spilled on parenting, plastic surgery, mental health and more in a candid interview with Glamour UK, reflecting back on the difficulties and pressures she faced with her weight during her modelling days in her twenties.

“That was my entire career, doing weigh-ins. With model agencies, it was normal to get measured too, and I did it myself mainly, so when you had direct bookings without castings, [the clients] knew what they were getting,” she said.

“There were jobs I would turn up to and they would say my measurements were off and it was the worst feeling to be kicked off the job.”

She said she was let go from three jobs during her career, but one particularly hurtful incident stuck with her.

A client had booked her directly, Teigen said, without first setting up a meeting.

“I had half my make-up done and they asked me to get up and take a few photos, to test the light. But they sent [the pictures] to my agency and the client fired me on the spot,” she said.

“I didn’t do any jobs without first going to a casting meeting for years after that.” 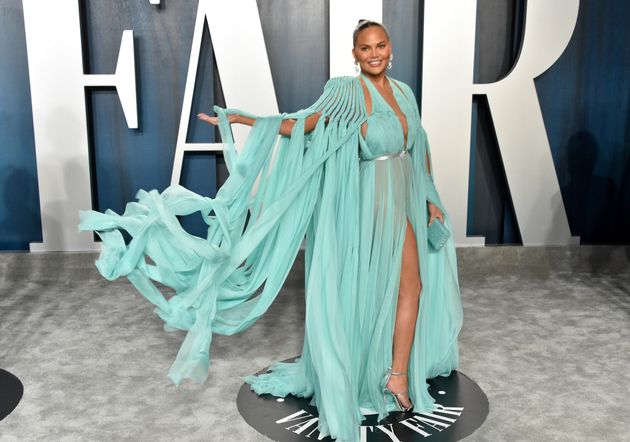 Teigen was discovered in a California surf shop when she was 18 years old, and went on to model internationally for dozens of brands and magazines, host and feature on television programs such as “Model Employee” and “Lip Sync Battle,” before going on to become a successful cookbook author.

She has two children, Luna, 3, and Miles, 1, with her husband John Legend, and has been vocal about body positivity, postpartum health and motherhood.

Now, in her mid thirties, Teigen said she’s moved past criticising her body the way she did for “decades.”

“I used to weigh myself every morning, afternoon and night. I knew what the scales would say after each meal. I did that for eight years and had this one weight I wanted to be at,” she said.

After two pregnancies, she learned to become comfortable with her “new normal number.”

“I do look at [my body] in the shower and think, ‘Arghhh, these kids’. But I don’t take the aesthetics so seriously now,” she said.

“It’s very fulfilling not having that pressure of putting on a swimsuit and looking good for a magazine while running around a beach, which I did when I was modelling.”

Prince William showed off a secret skill during one of the last outings on his three-day tour of Ireland alongside Kate Middleton.

During a stop in Galway, Ireland, on Thursday, the Duke of Cambridge revealed that he can juggle. Both Kate and the crowd looked delighted to watch the future King of England’s display: 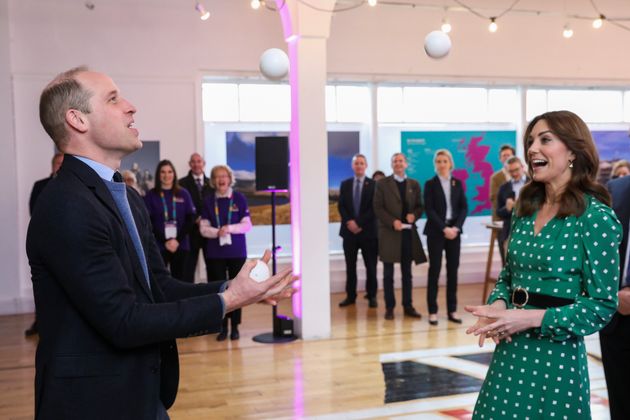 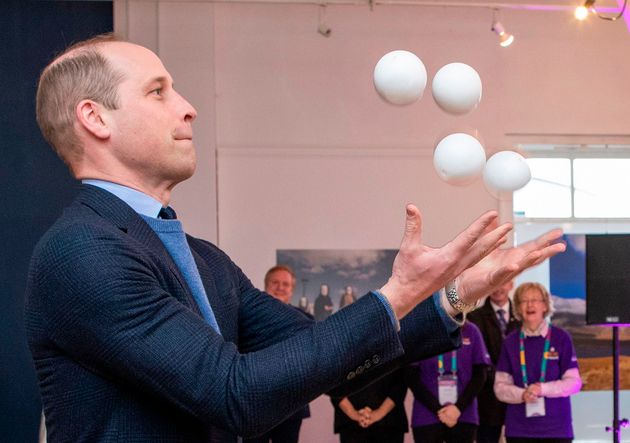 Though as the Daily Mail’s royal correspondent Rebecca English pointed out, the duke can juggle three balls, but his skills stop at four.

Wow! Who knew our future king could juggle (literally, not just metaphorically)?! #RoyalVisitIrelandpic.twitter.com/k0mENzX5W4

….but not with four! 😉 pic.twitter.com/QhJ39hapdd

While in Galway, the duke and duchess were spotted greeting crowds and even shaking hands with people amid the coronavirus scare. William joked about the outbreak during a reception hosted by the British ambassador at the Guinness Storehouse on Tuesday.

“I bet everyone’s like, ‘I’ve got coronavirus, I’m dying,’ and you’re like, ‘No, you’ve just got a cough,’” the Duke of Cambridge said on camera speaking to first responder Joe Mooney.

In a separate video, the prince quipped, “By the way, the Duke and Duchess of Cambridge are spreading coronavirus, sorry. We’re keeping an eye on that, so do tell us if we need to stop.” According to the BBC, the U.K. has 115 confirmed cases of the virus, which originated in Wuhan, China, and has since spread to every continent except Antarctica.

Queen Elizabeth II donned gloves at the investiture ceremony on Tuesday at Buckingham Palace, which some speculated was because of growing COVID-19 concerns in the U.K. and around the world.

Much like William, Camilla, Duchess of Cornwall, also joked about the pandemic, saying that she was “self-isolating” while heading into a one-person air raid shelter at the London Transport Museum.

‘I’m self-isolating’ laughs the Duchess of Cornwall as she steps into a one person air raid shelter at the @ltmuseum 😳😳 pic.twitter.com/xwouBH64bK

On Thursday, Prince Harry and Meghan Markle will make their first, joint public appearance at the Endeavor Fund Awards in London. The couple will reunite with the rest of the royal family at Commonwealth Day Service at Westminster Abbey on March 9.

A child has been flown to hospital after falling from a window in Sydney’s south west.

The footage captures the moment police cornered three men in a car in Collingwood, Melbourne today.

Just like the Times Crossword, but with more questions about dunny paper. You can play our other crosswords here. We choose a different approach. Will you support it? Unlike a lot of news organisations, we rigorously research all of the news stories we make up. That takes time, and we don’t charge a cent. So if you […]

Australians are having to wait over a week to get groceries delivered in some areas as supermarkets struggle to keep pace with a surging demand in online orders amid coronavirus fears.

‘No notification was given’

Two names on a piece of paper was all Alex Gilbert had to go on when he started the search for his birth parents. He would quickly learn one of the names was faked. 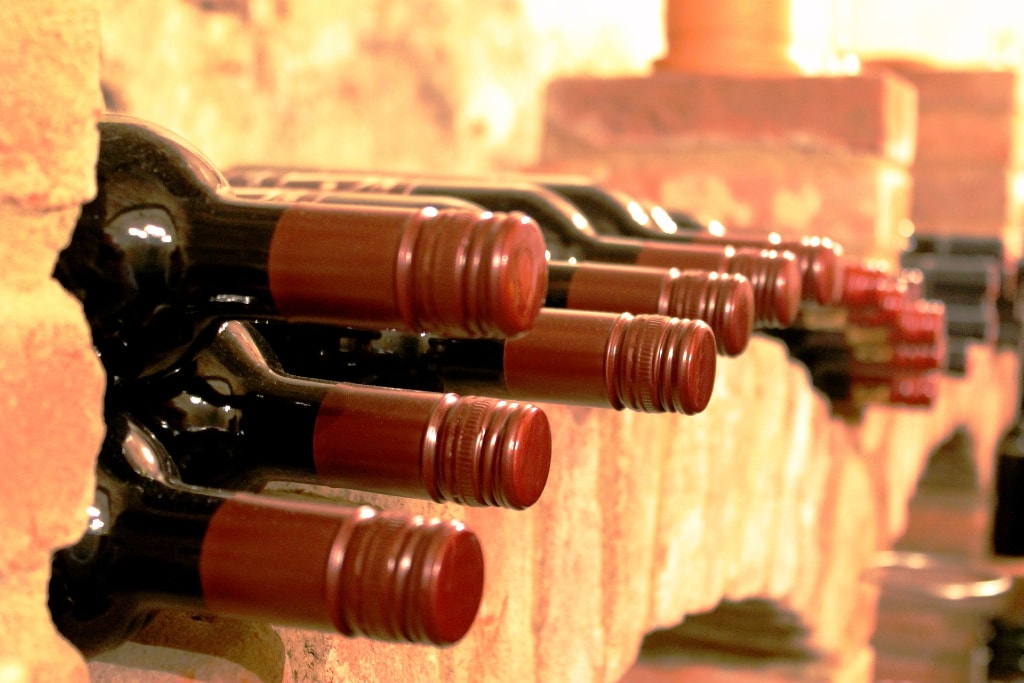 Liberating a special bottle from the cellar is like a good piece of theatre. It can evoke a whole range of emotions, from anxiety and suspense, to satisfaction, regret and elation. To the casual observer, the ballyhoo that comes with opening old vintages can seem unduly pompous and grandiose. But for the wine enthusiast with […]

An Australian newspaper is doing its part to help out as the nation struggles with a toilet paper “crisis” prompted by panic-buying amid the coronavirus outbreak.

“Run out of loo paper? The NT News cares,” the front page reads. “That’s why we’ve printed an eight-page special liftout inside, complete with handy cut lines, for you to use in an emergency.”

YES, WE ACTUALLY DID PRINT IT #toiletpapercrisispic.twitter.com/jusP50ojYu

The paper’s editor, Matt Williams, told Guardian Australia that the issue was selling well and was “certainly not a crappy edition.”

Australians are buying so much toilet paper ― ahead of nonperishable foods, hand sanitizer and other products ― that shelves have been stripped bare in many stores. Supermarkets have implemented purchase limits on the number of rolls in an effort to limit the frenzy.

This stockpiling comes despite reassurance from authorities, including Prime Minister Scott Morrison, that there is adequate supply. Most of the nation’s toilet tissue is made domestically, and some manufacturers are reportedly moving into 24-hour production to meet the surging demand.

The spike in purchases has prompted hashtags such as #ToiletPaperCrisis, #ToiletPaperApocalypse and #ToiletPaperGate to spread on social media.

I didn’t realise Caronavirus made you shit that much!#toiletpapergatepic.twitter.com/WOZ0weR1yY

The uptick began over the weekend when new cases of COVID-19 were identified in the country. As of Friday, Australia had over 50 confirmed cases of the novel coronavirus.

In Sydney, where demand has surged the most, police were called to an altercation at a supermarket Wednesday with reports of a knife being pulled in a dispute over toilet paper rolls.

When a truck carrying toilet paper burst into flames near the city of Brisbane in a bizarre accident, fire authorities said they were thankful nobody was hurt and they were able to “save” half of the vehicle’s “precious” cargo.

Ethical toilet paper delivery service Who Gives A Crap advised that its sales had skyrocketed by 800% and it was sold out due to “panic buying madness.”

Official guidance had suggested that people practice good hygiene and consider stocking up on two weeks’ worth of food and household goods if necessary.

The New South Wales state health department has since advised that there’s no need to bulk-buy toilet paper and other products, highlighting that people can call on friends, family and grocery delivery services in the event of a 14-day self-isolation.

The frenzy took on a life of its own on social media.

What people in the past thought 2020 was gonna be like: flying cars, cure for cancer, cities on the moon

What 2020 is really like: man tasered in regional town after alleged store fight over toilet paper shortage

If you need that much bog roll for a potential 14 day quarantine, I think Coronavirus is the least of your troubles 💩🤦🏼‍♀️ #ToiletPaperApocalypse#toiletpapercrisispic.twitter.com/GvSAjkZLtm

I regret nothing! NOTHING! #ToiletPaperCrisis#ToiletPaperApocalypsepic.twitter.com/lcFXb2UMFm

You’re a bit buggered if you do actually need to buy toilet paper.

Who wants to help us start a rumour that reading Australian literature is just as vital as toilet paper for survival so we can get some indie bookstores looking like this? pic.twitter.com/lICL8644Dw

People are beginning to raid the kitty litter aisle PLEASE TELL ME THIS ISN’T A BACK UP PLAN FOR THE TOILET PAPER SHORTAGE #ToiletPaperApocalypsepic.twitter.com/hvegGx5EYz