Nationwide restrictions on mass purchases of alcohol have been lifted overnight.

A man will face court today, charged after a pursuit with police in Maitland overnight. About 1.35am (Tuesday 28 April 2020), officers from Port Stephens-Hunter Police District, were patrolling the Rutherford area when they saw a Hyundai Tuscon on Harvey Road. After turning on to the New England Highway, officers attempted to stop the Hyundai; … Continue reading “Man charged after pursuit – Maitland”

Scientists from Russia, the UK, and Austria have created stunning glowing flowers after editing the DNA of a plant and splicing them with glowing mushrooms, publishing their results in Nature Biotechnology.

Unpublished findings relating to Cardinal George Pell’s handling of child sexual abuse complaints have been cleared for release by the Victorian government.

Hundreds of customers have flooded travel insurance company InsureandGo with complaints after it rejected their requests for a refund or credit note on policies.

Wesfarmers says a strong performance by its Bunnings and Officeworks stores during virus-enforced lockdowns has been offset by slowing momentum at Kmart and the already underperforming Target business.

A Queensland woman who turned up to an emergency department with an unconscious infant has been charged with grievous bodily harm.

SEOUL, South Korea (AP) — A top South Korean official said his country remains confident there have been no “unusual developments” in North Korea, suggesting that rumours about the possible ill health of leader Kim Jong Un are untrue.

Unification Minister Kim Yeon-chul told a closed-door forum in Seoul on Sunday that South Korea has “enough intelligence to confidently say that there are no unusual developments” in rival North Korea that would back up speculation about Kim Jong Un’s health, according to his ministry.

The minister said he would not reveal what specific intelligence led to that conclusion, but stressed that it had undergone a complex analysis.

The rumours about Kim’s health began to swirl after he missed the April 15 commemoration of the 108th birthday of his grandfather, North Korea founder Kim Il Sung. Kim Jong Un is the third generation of his family to rule North Korea, and he hadn’t missed the event, one of the most important in the North, since assuming power after his father Kim Jong Il’s death in late 2011.

The unification minister’s comments are a reiteration of earlier South Korean statements that Kim Jong Un appeared to be handling state affairs normally and that no unusual activities had been detected in North Korea. Those comments failed to dispel the rumours about Kim, which have been fed by the silence of North Korea’s state media about their leader’s whereabouts.

As the absolute leader of a country with a nuclear weapons program, Kim’s health is matter of intense interest both regionally and globally. If something were to happen to Kim, some experts say it could lead to instability in North Korea.

South Korea’s presidential office earlier said it has information that Kim has been staying out of Pyongyang, North Korea’s capital, and that there had been no emergency readiness order issued by the North’s military or the ruling Workers’ Party that likely would have been made if Kim were truly in serious condition.

On Monday, South Korean President Moon Jae-in repeated an offer to conduct some inter-Korean cooperation projects such as a joint anti-coronavirus quarantine campaign. Moon also said he will strive for mutual prosperity “based on confidence between Chairman Kim and me and our firm resolve to (achieve) peace.”

Monday is the second anniversary of Moon’s first summit with Kim at the Korean border village of Panmunjom.

Satellite photos released Saturday by 38 North, a website specialising in North Korea studies, showed that a train likely belonging to Kim has been parked at his compound on the country’s east coast since last week.

“The train’s presence does not prove the whereabouts of the North Korean leader or indicate anything about his health, but it does lend weight to reports that Kim is staying at an elite area on the country’s eastern coast,” 38 North said. 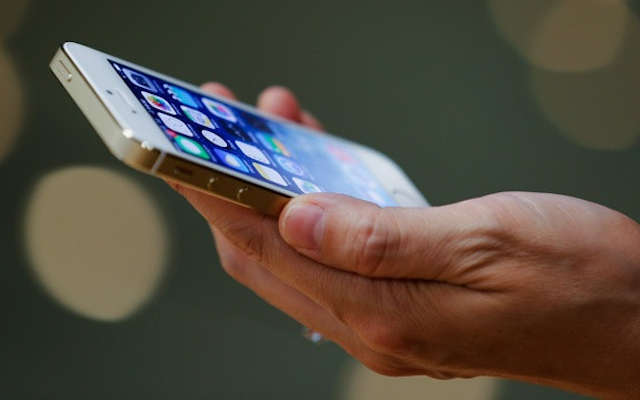 A new tracking app to be launched next week will send a notification to every Australian when the Prime Minister decides to fuck off to Hawaii. Experts say the new technology – named ScomoSafe – will allow the country to track down its leader much more quickly in times of crisis. “Up until now contact […]

Sydney’s Bondi Beach reopened Tuesday morning, more than a month after it was closed due to thousands of people disregarding social distancing rules. The beach is opened for exercise only with people funnelled to the water through tape, as N…

We’ll drink to that!

Meryl Streep got back to her theatrical roots ― virtually, anyway ― alongside pals Christine Baranski and Audra McDonald to perform “The Ladies Who Lunch” as it has never been performed before.

The trio gathered via Zoom on Sunday night to croon the classic ballad, which was introduced in the 1970 Broadway musical “Company.” The number was part of “Take Me to the World: A Sondheim 90th Birthday Celebration,” a livestreamed tribute to composer Stephen Sondheim.

To many viewers, however, it also perfectly captured life in self-isolation. Not only did Baranski, McDonald and Streep sip wine and cocktails with humorous abandon, they did so in their bathrobes and in the comfort of their own homes ― on a Sunday night, no less.

Streep, meanwhile, delivered the performance’s most iconic moment when she prepared to refill her martini glass with scotch, but opted instead to chug straight from the bottle.

For many fans, it was “the ultimate mood.”

this added ten years to my life pic.twitter.com/9vc5HiZPOj

Meryl Streep, Audra MacDonald and Christine Barnaski singing Sondheim over Zoom in their bathrobes is, and I can not stress this enough, the ultimate mood. #sondheim90concertpic.twitter.com/261pNlhot1

THIS IS OUR AVENGERS ENDGAME pic.twitter.com/PL85fV5WK4

“Take Me to the World” came at a challenging time for New York’s theater industry. All Broadway shows are closed through at least June 7 as part of a ban on gatherings of 500 people or more to help curb the spread of COVID-19, the disease caused by the coronavirus.

A gender-swapped revival of “Company,” starring Katrina Lenk and Patti LuPone, had been slated to open on Broadway March 22, Sondheim’s 90th birthday.

Catch the full “The Ladies Who Lunch” performance below.