Black women with natural hairstyles, such as Afros, braids or twists, are often perceived as less professional than Black women with straightened hair, a new study has revealed.

The research, conducted at Duke University’s Fuqua School of Business, offers evidence that discrimination against natural Black hairstyles is prevalent in the workplace and perpetuates race discrimination.

Ashleigh Shelby Rosette, a management professor and a senior associate dean at the university, said, “The impact of a woman’s hairstyle may seem minute, but for Black women, it’s a serious consideration and may contribute to the lack of representation for Blacks in some organisational settings.

“In the aftermath of the George Floyd murder and the corresponding protests, many organisations have rightly focused on tactics to help eradicate racism at systemic and structural levels. But our individually held biases often precede the type of racist practices that become embedded and normalised within organisations.” 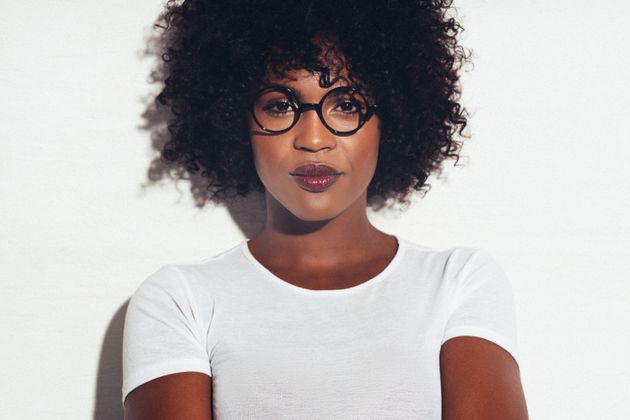 To detect bias against Black women with natural hair, the researchers recruited participants of different races and asked them to assume the role of recruiters screening job candidates. Participants were given profiles of Black and white female job candidates and asked to rate them on professionalism, competence and other factors.

“In many Western societies, whites have historically been the dominant social group, and, as a result, the standard for professional appearance is often based on the physical appearance of whites. For women’s hair, that benchmark is having straightened hair,” said Rosette, who collaborated on this study with Christy Zhou Koval, a Fuqua alumna and assistant professor at Michigan State University.

Some straightening processes can cost hundreds to thousands of dollars and can cause hair breakage, scalp disease and other health complications, Rosette noted.

“When a Black woman chooses to straighten her hair, it should be a personal preference, not a burden to conform to a set of criteria for which there could be adverse consequences,” she said.

For example, hair relaxers can be corrosive. The active ingredient in many of these products is sodium hydroxide (known as lye), which is also the active ingredient in drain cleaner. Though no-lye relaxers contain a modified version of lye, they can be just as damaging. And a study published in the American Journal of Epidemiology reports that the use of hair relaxers may increase the risk of uterine fibroids.

In one of the study’s experiments, two groups of participants evaluated the same job candidate, who was a Black woman. One group saw a photo of the candidate with natural hair while the other group saw her with straight hair. The group that saw a candidate with straight hair rated her as more professional ― defined as more polished, refined and respectable ― and they more strongly recommended her for an interview.

The fictional job candidates with natural hair were subject to discrimination when they were being evaluated for jobs in consulting, an industry with conservative dress norms. However, when participants considered profiles of women who wanted to work at an ad agency, the candidate’s hair texture didn’t affect perceptions of professionalism or whether they were recommended for interviews. This may be because advertising is viewed as a more creative industry with less rigid dress norms, the authors posited.

“Some organisations strip away biographical information, such as a person’s name and other clues about gender or race from application materials. This procedure is known as blinding and has been shown to reduce similar types of bias as what we found in our research,” Rosette said. “But there fundamentally has to be a level of awareness that the natural hair bias exists. If you don’t know that it exists, you can’t know its influence on your decision-making processes.”

Last year, news anchor Brittany Noble Jones was fired from her on-air job in Jackson, Mississippi, allegedly for switching to natural hairstyles after years of wearing her hair straight. In 2010, an Alabama woman’s job offer was revoked after she refusing to cut off her dreadlocks, and in 2001, Hampton University in Virginia implemented a dress code that banned students in its business school from wearing cornrows and dreadlocks.

“Although there have been some policy changes protecting Black people from discrimination based on their natural hair, these changes are fairly recent and not as widely implemented as they should be,” Rosette said. “This work illustrates that racial discrimination based on hair can occur, and we hope it can inform new policies and practices for firms to ensure they’re considering candidates equally and, furthermore, aren’t missing out on top talent.”

April Reign, the creator of #OscarsSoWhite and an advocate for diversity and inclusion, told HuffPost, “I am not at all surprised that the research shows what Black women have always known: that they are discriminated against because of their hair. The default in every industry, including the military, is a Eurocentric standard of beauty, which means long, straight hair. This means that Black women who wear their hair in any other style, whether it be natural as it grows out of their head or any protective style, are looked at as ‘different,’ either implicitly or explicitly.”

Reign, who is also an equality advisor at Sephora, added: “For this and many reasons, I am a strong proponent of the Crown Act and hope that it receives increased support to be enacted across the country.”

Full details of Fuqua School of Business’s research are due to be published on August 19 in the journal Social Psychological and Personality Science. 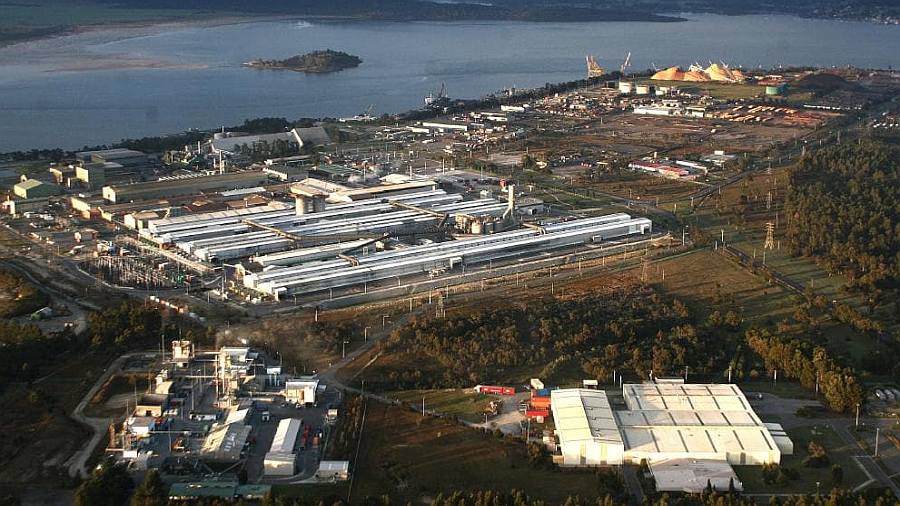 The famous observatory in Arecibo, Puerto Rico, featured in the James Bond movie “GoldenEye,” has been forced to temporarily close after a broken cable smashed through the side of its massive dish.

Cocaine worth almost $11 million found alongside tens of thousands of litres of chemicals used to make the drug.

Sometimes a cultural phenomenon in the UK isn’t as popular in elsewhere in the world. That includes everything from Premier League soccer to hard cider and the plant-based food blogger, podcaster and restaurateur Ella Mills, known as Deliciously …

The unsolved 40-year-old fatal shootings of a Turkish diplomat and his bodyguard in Sydney are being investigated by counter-terrorist experts.

Our Milky Way galaxy has a bit of a look-alike in an unlikely place: the early universe.

Shortly after the presumptive Democratic presidential nominee announced that he was tapping Senator Kamala Harris as his running mate on Tuesday, Holmes posted her strong support for the ticket on Instagram.

“#BidenHarris2020,” she captioned a photo in which she looks like her “Dawson’s Creek” character, Joey Potter, in the throes of passion with Pacey Witter by way of Skinemax.

The sexually charged photo ― and how it was supposed to relate to a political campaign — left many fans bewildered.

Another asked if the “The Secret: Dare to Dream” actor had been “hacked” — but that doesn’t seem likely.

Vanity Fair reported that the photo posted by the actor is from an April 2020 InStyle cover shoot. Laura Brown, editor-in-chief of InStyle, showed her support for Holmes’ post by commenting with a laugh-cry emoji and “#communityservice” — which might suggest that Holmes made the magazine aware of the post before she published it.

This is also not the first time in the past few days that Holmes has baffled her fans with a weirdly mixed message. Over the weekend, she posted a video of a baby turtle appearing to be eaten by a much larger fish.

“Too cute,” she captioned the message. 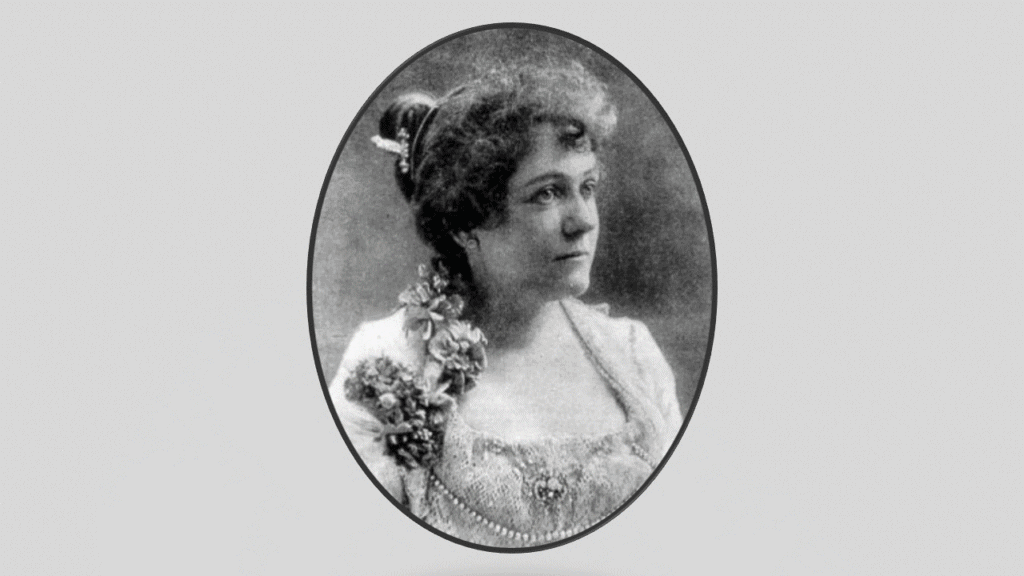 This poem is about ‘Tasmanian Nightingale’ Amy Sherwin, a famed soprano singer of the late 1800s. Although born in Huonville and launching her career in Hobart, she spent much of her adult and life touring and teaching in other countries. The poem was first published by the Hamilton Spectator on Saturday 13 July 1878. It […]

There is a moment burned into my memory.It’s the 1970s and I am a teenager. The TV is on in the living room, my parents are in their recliners, and I’m sitting on our brown plaid sofa. We are watching Barbara Walters interview Anita Bryant,…