Critical construction and maintenance work across NSW roads and transport networks is being ramped up to keep people in jobs during COVID-19, and protect the livelihoods of more than 130,000 people directly and indirectly employed by Transport for NSW. Transport and Roads Minister Andrew Constance said transport infrastructure projects will also be key in rebuilding … Continue reading “NSW TRANSPORT AND ROADS PROJECTS KEEPING 130,000 PEOPLE IN JOBS”

More than 4.4 million laid-off workers applied for US unemployment benefits last week as job cuts escalated across an economy that remains all but shut down, the country’s government has confirmed.

A man has been charged after spitting at a police officer at a home in the Hunter region yesterday. About 10.30am (Wednesday 22 April 2020), an officer from Port Stephens-Hunter Police District attended a home on Berkley Street, Stroud, to speak to the occupants about a domestic violence related incident. Police spoke to a 29-year-old … Continue reading “Man charged after allegedly spitting at officer – Hunter region”

Fallen AFL champion Ben Cousins will spend at least one more night in prison pending a bail application and has indicated he’ll fight nearly all new charges against him, including aggravated stalking in Perth.

Very few people can say they’ve received a parcel from their Hollywood hero – but eight-year-old Corona DeVries is the exception.

The coronavirus pandemic has thrown hundreds of thousands of travel plans into chaos – but Australians seeking a refund could now find it even harder.

A Royal Australian Navy veteran and her family have spoken about what it means to see the community come together to commemorate Anzac Day despite parades and dawn services being cancelled around the country.

Nurse Jenny from New Zealand says that helping save somebody as notable as Boris Johnson in his battle with the coronavirus didn’t faze her thanks to her years of dealing with stressful situations in intensive care wards. 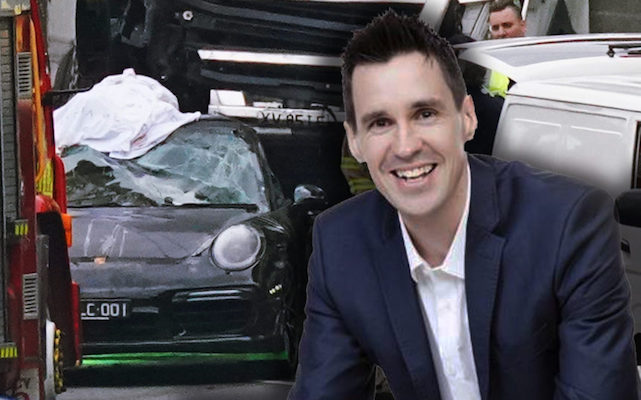 The chances of a Porsche-driving mortgage broker who is named after genitalia not being a total arsehole is zero, the nation says. Police detective John Ledbury said that after analysing all of the evidence, the likelihood that this guy was a massive wanker was undisputable. “We knew he drove a Porsche, so we were pretty […]