Railway staff have been spat on and punched by two teenagers, one of whom claimed to be infected with COVID-19.

At least 6,673 cases of COVID-19 have been confirmed in Australia and 78 people have died.

There are more than 2.7 million confirmed cases of the virus worldwide, and more than 190,000 people have died from it

Here is what is happening today:

NSW now aims for bigger-scale testing for COVID-19, by widening the scope for who can actually get tested.

NSW Premier Gladys Berejiklian has said “anybody across the state” can get a test, even if they don’t work with vulnerable people or aren’t living in a known coronavirus cluster.

“I’m very pleased to announce New South Wales is now saying to anybody across the state, if you have symptom, if you are worried you have the COVID-19, if you have been in contact with anyone and you are concerned you have the disease, please come forward and get tested,” she said on Friday.

The Premier said the “boost” in testing is important before the lifting of restrictions can be considered.

Prime Minister Scott Morrison said Australia is in the ‘third’ phase of the Covid-19 outbreak.

“We are now in that third phase which we have to protect against,” he said at a press conference on Friday. 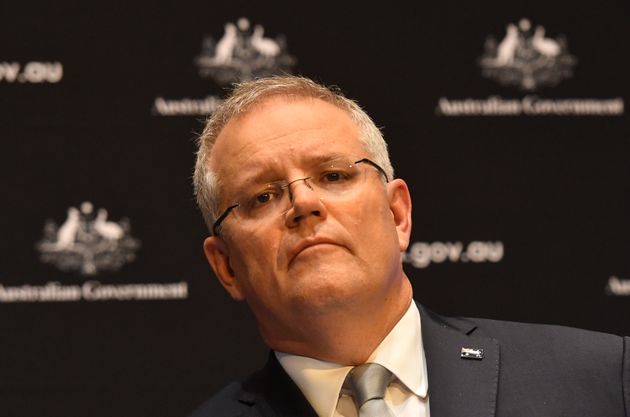 “That’s the ‘community phase’, where the virus actually moves within our own community.”

He said this meant the health authorities hoped to slow the spread by widespread testing – even of people without symptoms – and contact tracing.

“We now have to be wary against community transmission, and so we are dealing with that third wave of the virus,” he said.

The cruise ship linked to a third of Australia’s coronavirus deaths has left the country after a month docked in local waters, the authorities said on Friday, as an emergency cabinet meeting was expected to ease some social distancing measures.

The Ruby Princess, owned by Carnival Corp, has become a flashpoint of public anger after being allowed to unload thousands of passengers in Sydney without health checks on March 19.

Hundreds of its passengers later tested positive to COVID-19, about 10% of the country’s roughly 6,600 infections, and a third of the country’s 77 coronavirus deaths have been traced to the ship.

Separate criminal, coronial and government investigations have been launched to find out how the ship’s operators were allowed to let coronavirus patients disembark.

The ship left Australia early on Friday with about 500 crew members on board, after other crew members had been repatriated, New South Wales police commissioner Mick Fuller told reporters.

“NSW Health will maintain contact with the ship’s doctor, whilst they are in Australian waters,” Fuller said.

“This was all about minimising the risk to the crew members, and the health advice was that yesterday, the ship was the lowest risk that we’ve seen since it landed,” he added. 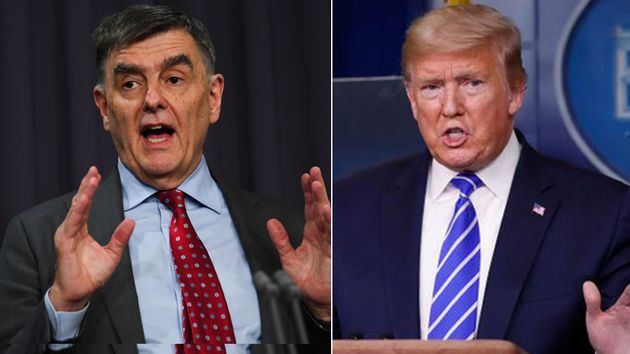 When asked about Trump’s comments during a press conference in Canberra on Friday, Murphy said injections of that sort would be “toxic”.

“I would caution against the injection of disinfection,” he said. “They could be quite toxic to people.”

Australia will make it illegal for non-health officials to access data collected on smartphone software to trace the spread of the coronavirus, Prime Minister Scott Morrison said on Friday, amid privacy concerns raised by the measure.

Australia has so far avoided the high death toll of other countries, with only 78 deaths, largely as a result of tough restrictions on movement that have brought public life to a standstill.

The federal government has said existing “social distancing” measures will remain until at least mid-May, and that its willingness to relax them will depend on whether people download the smartphone “app” to identify who a person with the illness has had contact with.

The tracing app, which is yet to be released, has raised concerns from legal and privacy advocates who have said the location data it collects may be used by unrelated bodies like law enforcement agencies.

Morrison said the government would make any use by non-health officials illegal.

“It will be illegal for information to go out of that data store to any other person other than that for whom the whole thing is designed, and that is to support the health worker in the state to be able to undertake the contact tracing,” he told reporters in Canberra.

Morrison also confirmed a local media report which said the data would be stored on servers managed by AWS, a unit of U.S. internet giant Amazon.com Inc, but added that “it’s a nationally encrypted data store.”

The promise of laws to limit use of the app came as the Australian authorities reported another day of low single-digit percentage increases of the illness, which has infected about 6,700 people and resulted in 78 deaths in the country.

Stocks on the Australian share market have made little movement in early trade after mixed results from overseas markets.

Police are appealing for information following the assault of three staff at Blacktown Railway Station yesterday. About 1pm (Thursday 23 April 2020), police observed a female attempt to enter the station via the wide access barrier on the main concourse while smoking a cigarette. A male member of staff approached to advise her that smoking … Continue reading “Blacktown train station assault appeal”

A 79-year-old woman has become the ninth person to die of COVID-19 in Tasmania as the state records no new virus cases for the first time in a month.

A western Sydney man has been arrested on suspicion of fighting for the terrorist group that was to become Islamic State in Syria eight years ago.

Players of Powerball in Melbourne are being urged to check their tickets to see if they’ve become a multi-millionaire overnight.

An outbreak of COVID-19 inside a Melbourne psychiatric facility has triggered a complete centre shutdown after more than a dozen people contracted the virus.

The travel agency was slapping customers with a cancellation fee of $300 per person for trips and flights that are no longer possible because of the coronavirus pandemic. 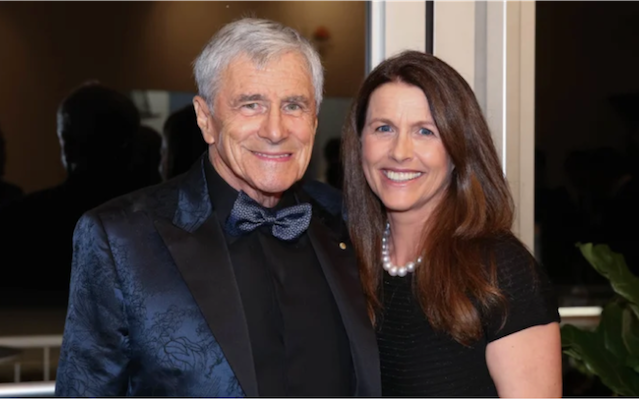 In a stunning new finding, billionaire media mogul Kerry Stokes has discovered that having enormous amounts of wealth protects you from contracting COVID-19. Mr Stokes returned from a skiing holiday in Aspen this week and was able to avoid the quarantine restrictions enforced on ordinary Australians, with authorities concluding that a man with that much […]

Tom Hanks has sent a letter and a Corona brand typewriter to an Australian boy who wrote to him about being bullied over his name, Corona.

Corona De Vries, an eight-year-old from Queensland’s Gold Coast, wrote to the Hollywood star after he and his wife, Rita, had spent more than two weeks in quarantine after testing positive for COVID-19 in the Australian beach resort.

The boy had written to Hanks saying: “I heard on the news you and your wife had caught the coronavirus,” Channel 7 News reported. “Are you ok?”

He said he loved his name but people at school called him the coronavirus, which made him “sad and angry”.

“Your letter made my wife and I feel so wonderful!” Hanks replied in a letter typed on a Corona typewriter which he had taken to the Gold Coast.

“You know, you are the only person I’ve ever known to have the name Corona ― like the ring around the sun, a crown,” the double Oscar winner wrote to the boy.

“I thought this typewriter would suit you,” an image of the letter aired by Channel 7 News showed. “Ask a grown up how it works. And use it to write me back.”

Last month Tom Hanks and Rita Wilson returned to Los Angeles following their two-week-long quarantine in Australia after they both tested positive for the coronavirus.

Hanks and Wilson, both 63, were among the first prominent figures to announce their positive diagnosis for the virus on March 11.

“We felt a bit tired, like we had colds, and some body aches,” tweeted Hanks, who had been in Australia filming Baz Luhrmann’s upcoming Elvis Presley film (in which he portrays Presley’s manager, Colonel Tom Parker).

“Rita had some chills that came and went. Slight fevers too,” Hanks added at the time. “To play things right, as is needed in the world right now, we were tested for the Coronavirus, and were found to be positive.”

The couple were treated at a Gold Coast hospital for five days until they were discharged, followed by a period of self-isolation.