A group of Tasmanian doctors are calling for a halt to Tarkine logging for environmental, business, health and economic reasons. 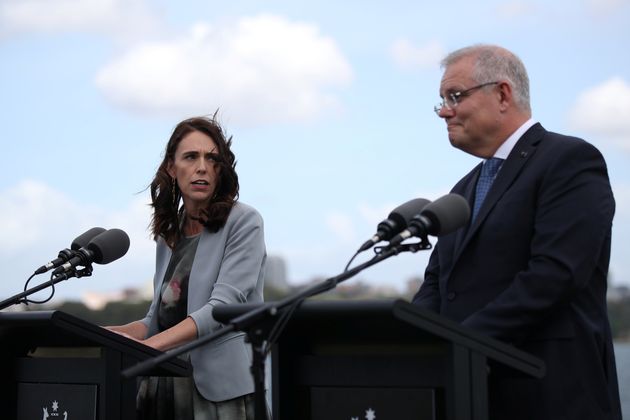 New Zealand and Australia are discussing the potential creation of a “travel bubble” between the two countries, sources said on Monday, even as Australia reported its highest number of coronavirus cases in two weeks.

New Zealand Prime Minister Jacinda Ardern will take part in a meeting of Australia’s emergency coronavirus cabinet on Tuesday, the Australian government said, stoking speculation that two-way travel could be permitted in the near future.

“The idea of a bubble with Australia was floated two weeks ago, and this is an example of the sort of action that could happen within it, while always ensuring the protection of public health,” New Zealand Foreign Minister Winston Peters said in a statement.

“Officials in both countries are considering all aspects of the trans-Tasman concept, and planning how this could happen more broadly,” Peters added.

The prospect of two-way travel was first proposed by Peters, though Ardern in April insisted it was a “long-term goal” and would need to include other Pacific countries. 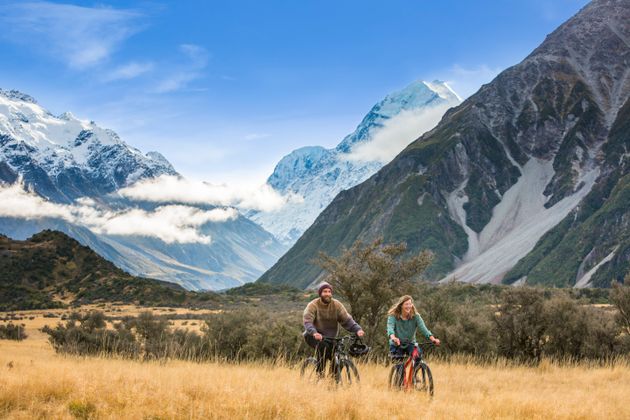 Australia and New Zealand have both slowed the spread of coronavirus in recent weeks to levels significantly below the those reported in the United States, Britain and Europe.

Both governments attribute their success to social distancing restrictions and widespread testing.

However, Australia on Monday reported 26 new cases, including a seven-year-old boy, its biggest daily jump in two weeks. That could rise as more states report throughout the day. New Zealand recorded no new cases on Monday for the first time since March 16.

Overall, Australia has recorded around 6,800 infections and 95 deaths, and New Zealand 1,137 cases and 20 fatalities.

On Sunday, a New Zealand rugby league team arrived in Australia to self-isolate before joining Australia’s tournament later this month, after receiving special permission, a move that Peters said could pave the way for a trans-Tasman bubble. 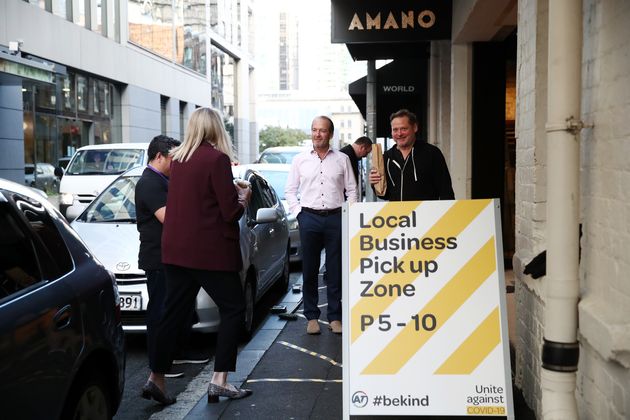 Ardern and Scott Morrison are expected to discuss their strategies to slow the spread of coronavirus at Tuesday’s meeting, one source familiar with the details of the meeting told Reuters.

New Zealand does not have a contact tracing app like the one launched by Australia last week to find and inform people who have been in contact with confirmed infected people.

Just over 4 million Australians have downloaded the CovidSafe app so far, well short of Morrison’s previously announced target of 40% of the country’s estimated 16 million smartphone owners.

Morrison has made wider adoption of the app a prerequisite to further ease strict social distancing regulations in Australia.

The rise in Australia’s death toll was largely due to an outbreak at a meat processing plant in the state of Victoria.

The infection of the seven-year-old boy in NSW, which closed his Sydney school, has drawn attention to the contentious question of whether children should attend school during the outbreak.

The federal government has said schools should stay open since children are low-risk carriers of the virus, while some state governments have urged parents to keep children at home.

NSW will reopen schools on a staggered basis from next week, while Victoria has asked parents to keep children at home until the middle of the year.

Queensland has announced on Monday its plans to reopen schools with some grades returning to class on May 11.

BREAKING: Here’s our back to school plan for Queensland students. Students in Kindy, Prep, Year 1, Year 11 and Year 12 will return to school on May 11, while students in Years 2 to 10 will continue remote learning at home. #covid19australiapic.twitter.com/HD9x2hes1q

Victoria Stands Its Ground With Stay At Home Rule

The states and territories are also moving at different speeds to lift movement restrictions: NSW has allowed people to make house visits in groups of up to two, while Victoria is retaining its stay-home order until at least May 11.

“This is a struggle and … it’s not easy to live this way, but none of us can assume, just because we’re frustrated, that this is over,” Victorian Premier Daniel Andrews told reporters on Monday.

“This is far from over. We have to stay the course.” 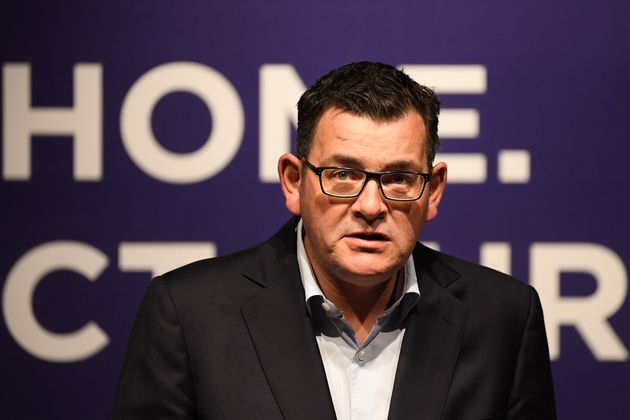 New Zealand PM Jacinda Ardern will be joining Australia’s National Cabinet meeting to contribute to the discussion about the ‘Trans-Tasman Bubble’.

Australia’s fitness industry is waiting on Friday’s announcement from prime minister Scott Morrison with baited breath, as new research has revealed how the coronavirus ripped the sector apart.

After a slower start than we’ve had in previous series, Killing Eve’s third season finally kicked into gear in its third episode, Meetings Have Biscuits.

The moment fans had been waiting for (impatiently, we might add) finally arrived, when Villanelle and Eve came face to face for the first time since the former shot the latter in Rome – and the reunion was as dramatic and emotionally confusing as we’d been hoping for.

But that was far from the only moment that took our breath away, as it briefly looked like we were about to say a grisly farewell to another favourite.

Here are the questions we were left asking this week… 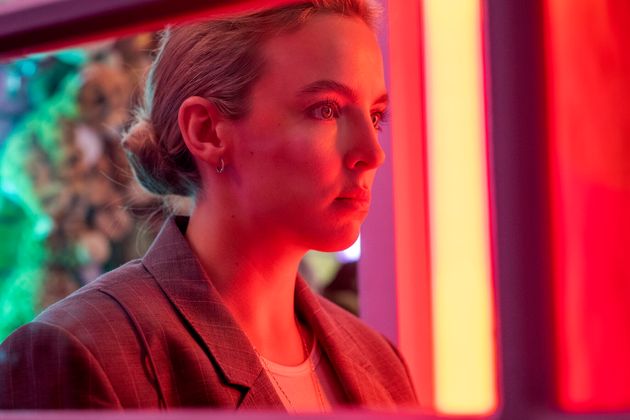 Are we seeing a genuine maternal side from Villanelle – or are things pointing towards something more sinister?

During the opening scene, Villanelle came across a baby, which she stole to look after, having killed its mother and nanny.

We know already that she’d been dreaming of a simpler life prior to rejoining The Twelve, but we were still not buying this new, maternal side to the assassin.

Did anyone else notice a flicker in Villanelle’s eyes in Andalusia where it looked like she was fantasising about killing the infant too? It could have been an indication that her desire to kill is extending beyond what we thought possible.

What is the relationship between Carolyn and Geraldine really like?

We outlined our suspicions of Geraldine and her sudden arrival in the story last week, but there was a line of dialogue in Meetings Have Biscuits that seemed to reveal tensions she holds towards her mother.

As Eve tried to hold some order to a meeting they were having at Carolyn’s house, Geradline remarked: “That’s the most parenting this household has ever seen.”

While she and Carolyn don’t exactly show an awful lot of affection to one another, the comment seemed at odds with the care she appears to have for her mother.

Could she be harbouring ill feeling about her upbringing, which has manifested in her secretly working for The Twelve? It’s certainly an out-there theory, but there’s a feeling of mistrust we have towards her that we just can’t shake.

Who has been siphoning money from The Twelve’s Geneva account?

With Kenny digging into The Twelve’s finances prior to his death, Eve, Bear and Jamie discovered an account based in Geneva called Panda, named after an agent who was killed by Villanelle.

We then saw Konstantin pay a visit to an accountant of The Twelve – Charles Kruger, aka. Sergei – who revealed that $6 million had been siphoned out of the account, and that he planned to look into the matter.

The next thing we knew, Sergei – who also had a connection to Carolyn from their Cold War days – had been shot dead by Villanelle.

With the trail now cold, Eve, Carolyn, Jamie and Bear are going to have to find a new lead on the Geneva account. 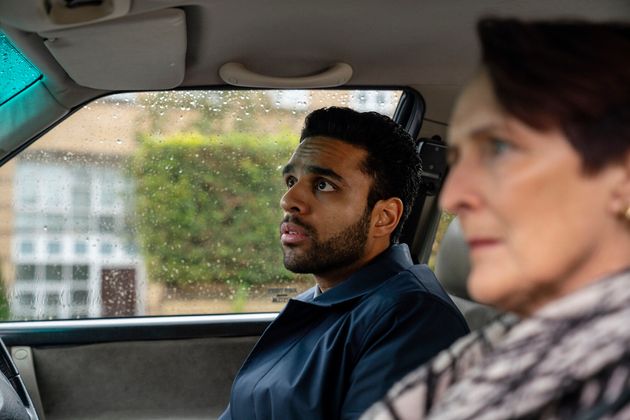 Where has Nico gone?

After Eve dropped by the facility her husband had been living at since surviving Villanelle’s rampage at the school, it was revealed Nico had actually been discharged and not told Eve.

It was suggested he’s headed back to Poland, but is this really the last we have seen of Nico?

Did Villanelle really not mean to kill Carolyn?

When Villanelle shot at Carolyn’s car disguised as a police officer, it seemed as if she was an intended target, but it was later revealed she’d actually survived, with Sergei dead in the back seat.

Was Carolyn just very good at playing dead (she certainly convinced us) with Villanelle just fleeing the scene before checking?

We did hear Dasha earlier warn Villanelle that her work had become sloppy, and it wouldn’t be the first time she’d walked away falsely believing she’d finished someone off…

Why does Villanelle want to find her family – and what will be revealed if she does find them?

Villanelle’s backstory had remained largely unclear until the introduction of Dasha at the start of the series.

But it finally looks like we’re going to learn more about her life before Dasha trained her as an assassin, as she asked Konstantin to help find her birth family.

Knowing Villanelle like we do, there’s almost certainly an ulterior motive to her decision, but we can’t wait to see what it reveals about her character. 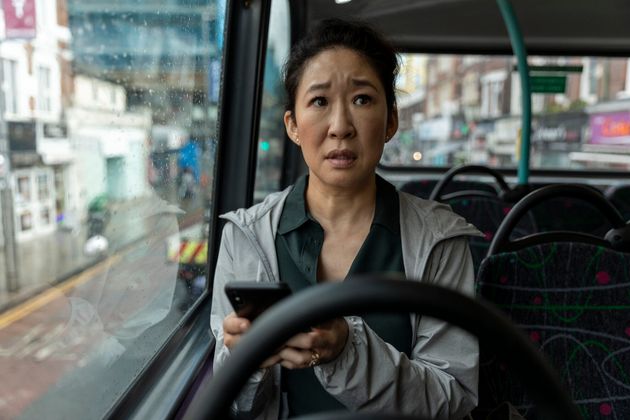 Is Eve finally realising her feelings for Villanelle?

While Sandra Oh has always played down suggestions Eve has romantic feelings towards Villanelle, those sentiments were beginning to show themselves as the pair were reunited on screen.

The moment they shared a kiss during their struggle on the bus was more than Eve just using it as a way of regaining power in the situation. The episode also saw Eve unable to stop listening to the message Villanelle had recorded and stuffed in a teddy.

With her marriage now seemingly in tatters, is Eve going to be forced to confront her complicated connection to the deadly assassin?

Episode four of Killing Eve drops on BBC iPlayer next Monday at 6am.

A man is lucky to be alive after several of his fingers were chomped off by a croc overnight.

It could take ten to 15 months before a COVID-19 vaccine in available, Industry, Science and Technology minister Karen Andrews said.

The UK Prime Minister is likely to face ‘difficult questions’ over his handling of the COVID-19 pandemic.

Melbourne’s popular retail and entertainment strip Chapel Street has become the ‘world’s largest drive-thru’ where customers can collect their food orders outside eateries or even dine-in, all from the comfort of their own cars.

However, the show’s most recently eliminated contestant Dani Venn has said she believes Melissa has received the most criticism because she’s a woman.

“Women are underrepresented in so many industries, in particular food and also media,” Dani told HuffPost Australia on Monday. “To have Melissa step into that role, I knew from the start she would be the one getting criticised the most, purely because she’s a female. 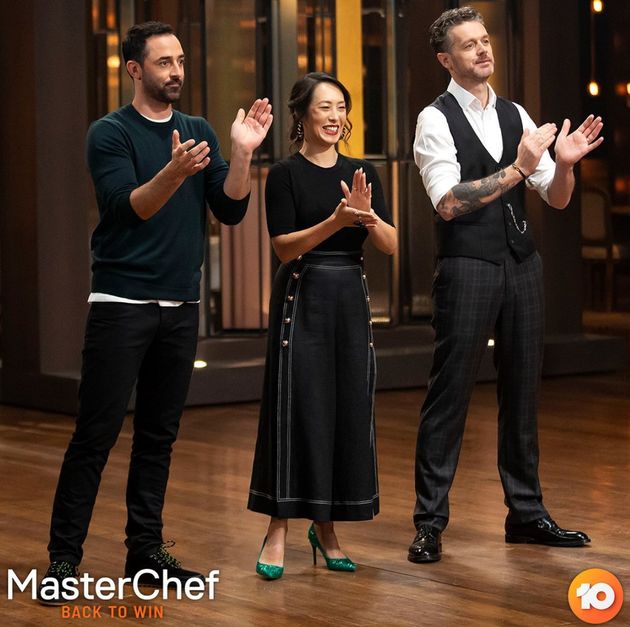 “There’s a lot more to criticise her about unfortunately,” she continued.

Dani said that while the male judges don’t get critiqued about how they look, Melissa’s appearance ﻿has often been scrutinised on social media.

“People tend to oversee things… [for example] Andy and Jock, it doesn’t matter about their shoes or hair or whatever it is, but they’ll [some viewers] be very critical of Melissa.

Dani said the new trio are “incredible” and “bring something different to the table”.

“It’s like they’ve always been MasterChef judges. It was really touching to see passing of the baton with Gordon Ramsay in that first week, and then for them really to step into their new roles,” she said.

“I think they are all incredible. They all bring something different to the table and I think it’s a new chapter of MasterChef and it’s been so well-received and it’s lovely to be part of that.”

This season of the show is called ‘MasterChef: Back To Win’, with 24 previous contestants including Poh Ling Yeow, Hayden Quinn, Reynold Poernomo and Callum Hann returning to the series for another shot at victory.

‘MasterChef Australia: Back To Win’ continues at 7:30pm on Channel 10.

A NYPD officer has been sidelined after punching a bystander during a social-distancing bust over the weekend.