Customers are being urged to throw out their milk as full refunds will be issued.

Faye Marie Swetlik, who has strawberry blonde hair and blue eyes, has been missing in Cayce, South Carolina for ten days.

A virology expert has suggested that people stop hugging each other as concerns heighten around coronavirus (COVID-19) spreading.

John Oxford, an emeritus professor of virology at Queen Mary University of London, said he is not expecting a vaccine to combat the outbreak for “months and months”.

Speaking to Today on BBC Radio 4, he also dismissed the common provision of people wearing masks as a “total diversion”.

“What we need to do is less of the hand-shaking, hugging, kissing and all that sort of a thing because this virus looks like it’s spread by ordinary tidal breathing, not necessarily sneezing and coughing,” he said.

Oxford said he has studied both the coronavirus and SARS, describing them as “little people” with weaknesses.

“I think this virus has a weakness; it loves us to be close together,” he said. “It’s a social virus; it rather hates it in England compared to China, I would think, because we’re so stand-offish.

“We have to govern ourselves in our social actions, how we interact with people, and I think that’s extremely important.”

On the other hand, Neil Ferguson, director of MRC Centre for Global Infectious Disease Analysis at Imperial College London, appeared on the show and cast doubt on Oxford’s suggestions.

“I think the measures John talked about may have some potential to slow spread down, move us out of the winter flu season, release NHS pressures a bit, but I think it’s highly unlikely we will stop transmission of the virus,” he said.

Ferguson said it is not known for certain that the virus is being spread locally in the UK as cases are only being detected in travellers – people who were infected overseas. 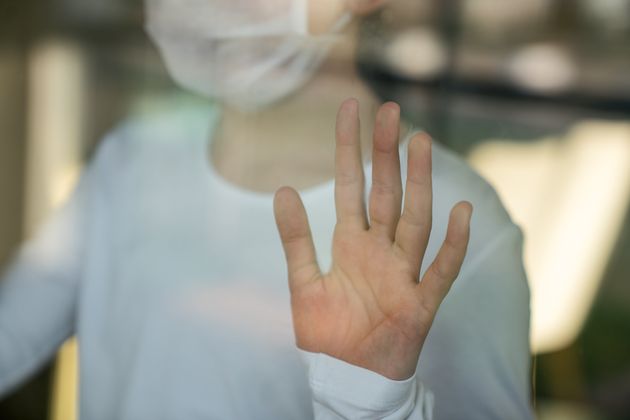 With surveillance of pneumonia cases underway in UK hospitals, he said a clearer indication of how, and if, the virus is being spread will be known in “a few weeks”.

In the meantime, scaling back on physical contact won’t necessarily be effective in combating coronavirus, Ferguson suggested.

“I think we’re in the early phases of a global pandemic at the moment. The fact we’ve only reported eight cases in this country is just because again our surveillance is focused on travellers. We think probably we’re picking up maybe one in three cases coming into the country at the current time,” he said.

A Chinese national who visited Bali last month has tested positive for coronavirus upon returning to the Anhui Province.

A $15 billion merger between Vodafone Australia and TPG has been cleared to go ahead, after a decision in the Federal Court.

Courteney Cox celebrated her Friends co-star Jennifer Aniston’s 51st birthday on Tuesday by posting this snap on Instagram of the pair looking very much alike: View this post on InstagramA post shared by Courteney Cox (@courteneycoxoffi…

The nation’s biggest telco is still in the black, but headwinds caused by the NBN have ripped a $360 million hole in Telstra’s bottom line.

(Reuters) – Goldman Sachs is in discussions to feature Prince Harry as a guest speaker for its online interview series “Talks at GS”, CNBC reported here on Wednesday, citing a source familiar with the matter.

He will likely want to speak about two issues of personal interest: mental health and the needs of military veterans, the report added.

The “Talks at GS” events are a series of interviews Goldman hosts regularly which feature prominent personalities from business and other walks of life.

The events aren’t a paid appearance, the report added.

Last month, Prince Harry and his wife Meghan Markle announced their decision to step back from their royal duties and seek financial independence, which includes giving up state funding.

Reporting by Bharath Manjesh in Bengaluru; Editing by Maju Samuel

Rose McGowan is not buying Natalie Portman’s brand of activism.

On Tuesday night, the former “Charmed” star, memoirist and activist expressed her disgust with the “protest” cape Portman wore to the 2020 Oscars in a Facebook post.

“I find Portman’s type of activism deeply offensive to those of us who actually do the work,” McGowan wrote. “I’m not writing this out of bitterness, I am writing out of disgust. I just want her and other actresses to walk the walk.”

Portman’s cape — which was embroidered with the names of female directors who made noteworthy films in 2019 — showed solidarity with those who were frustrated that no women were nominated for Best Director. Images of Portman’s cape went viral.

McGowan also called out Portman, saying she was “more like an actress acting the part of someone who cares,” for not working with many female directors herself.

McGowan pointed to Portman’s nearly 30-year acting career, claiming that the Oscar-winning actor has worked with only two female directors, including when she self-directed “A Tale of Love and Darkness.”

Portman’s IMDb page shows that the “Lucy in the Sky” star previously worked with Rebecca Zlotowski in 2016’s “Planetarium,” Mira Nair in 2008’s “New York, I Love You” and Sofia Coppola in her ads for Dior. She also worked with women in two shorts and one James Blake music video.

However, Portman’s production company, Handsomecharlie Films, has made eight movies, but only one — “A Tale of Love and Darkness,” which Portman directed herself — was directed by a woman.

It’s a bit of unfortunate information that others pointed out when they saw Portman’s protest cape.

Natalie Portman’s production company has only ever hired 1 female director (her name was Natalie Portman) https://t.co/DRUVM1oezW

Natalie Portman’s production company has never employed a female director since its creation in 2007, but I guess it is feminist to get a Dior cape customised

i wonder if this means her production company will finally produce a film with a female director https://t.co/5J9bEANXD0

What I find funny is that Natalie Portman has hired 0 (zero) women to direct the movies made using her own production company. I think there’s about 7 films under her company, she hired male directors for all of them. Hollywood hypocrites are fun. https://t.co/qcI5BFJR1S

This also isn’t the first time Portman has spoken out against a lack of female directors receiving awards. In 2018, she said, “And here are the all-male nominees,” while presenting the award for Best Director at the Golden Globes.

Portman has not yet publicly responded to McGowan’s statement, nor has she responded to HuffPost’s request for comment.

“As for me, I’ll be over here raising my voice and fighting for change without any compensation,” McGowan concluded in her post. “That is activism. Until you and your fellow actresses get real, do us all a favor and hang up your embroidered activist cloak, it doesn’t hang right.”