NSW has reported 13 new cases of coronavirus overnight, including 10 linked to the growing hotel cluster outbreak in south-west Sydney.

John Legend is speaking out on the dangers of electing “someone who doesn’t know how to run the government” after longtime friend Kanye West announced his presidential bid.

The “Bigger Love” singer, who performed at a virtual fundraiser for former Vice President Joe Biden last month, shared a lengthy Twitter thread Monday about the responsibility public figures have to voice their political beliefs.

His comments arrived hours after Chance the Rapper defended West’s run and sparked backlash over a series of tweets, in which he suggested that the Yeezy designer was a more trustworthy candidate than Biden, the presumptive Democratic nominee.

While Legend noted that not all artists should feel compelled to speak out about politics (“If you’re more comfortable just making bops, do that!”), he encouraged those who do to educate themselves first.

“If you are going to speak out, try to do your homework. Read about it. Talk to activists and organizers and people impacted,” he wrote. “Be open to evolution and changing your mind. Be intentional and strategic. And think about the impact of your words on the real lives of real people.”

If you are going to speak out, try to do your homework. Read about it. Talk to activists and organizers and people impacted. Be open to evolution and changing your mind. Be intentional and strategic. And think about the impact of your words on the real lives of real people

“Part of an artist’s job is to imagine a different future. I appreciate the desire to break free from the strictures of the 2-party system in America, for instance,” he continued. “But you can’t divorce that conversation from the real world implications of rooting for a futile 3rd party bid.”

The ramifications of electing or reelecting an unqualified candidate, Legend said, are “particularly urgent and impactful in the middle of a pandemic that’s been so much more deadly due to an incompetent President.”

Part of an artist’s job is to imagine a different future. I appreciate the desire to break free from the strictures of the 2-party system in America, for instance. But you can’t divorce that conversation from the real world implications of rooting for a futile 3rd party bid.

Legend concluded: “This is not merely an intellectual exercise. It’s life and death.”

West announced his plans to run for president in 2020 as a third-party candidate earlier this month in an apparent challenge to Biden and President Donald Trump, whom he previously supported, despite missing the deadlines to appear on the ballot in a handful of states.

In a subsequent interview with Forbes, he expanded on his beliefs, taking anti-vaccine and anti-abortion stances, as well as blaming the coronavirus outbreak on society.

Legend and West previously clashed in 2018 over the rapper’s support for Trump with West tweeting out a private conversation he had with the singer about their political differences. 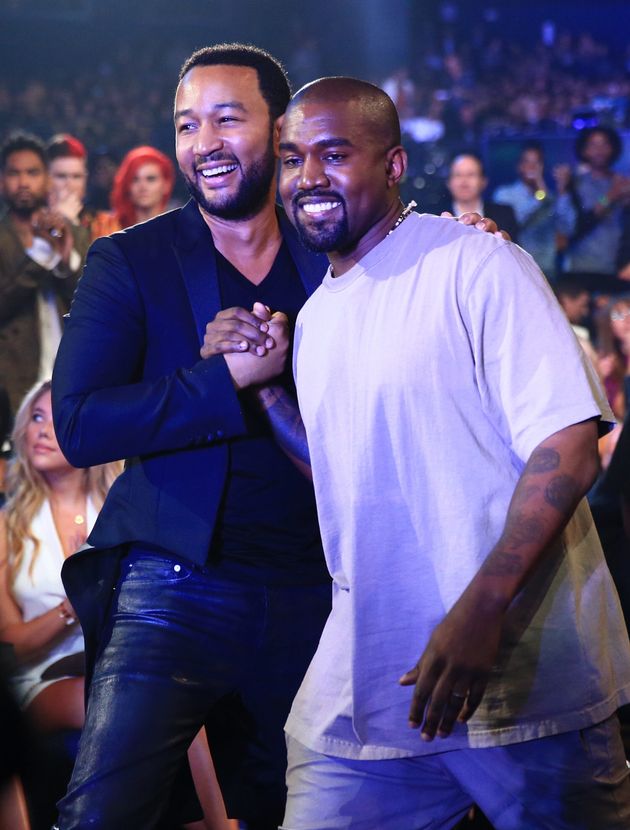 While the two seemed to move on from the public scuffle since then, Legend recently said that they were now in “different places,” noting that politics was never an element of their past relationship.

“I don’t think we’re less friends because of the Trump thing. I just think we’re doing our own thing,” the singer told The Times in May. “He’s up in Wyoming, I’m here in LA. We’ve both got growing families and I no longer have a formal business relationship with him as an artist, so I think it’s just part of the natural cycle of life. But obviously we disagreed on the Trump thing and we still do apparently.”

Donald Trump has been saying since his 2016 campaign that he would love to release his tax returns to the public ― as candidates and presidents do — but he’s being audited by the IRS.

His personal attorney Rudy Giuliani blew that excuse out of the water Sunday when he revealed the audits have been completed.

“There should be some finality in tax returns,” Giuliani added. “We get audited, we make a deal, we pay the government, you don’t come after me forever for that.”

Just days earlier, White House press secretary Kayleigh McEnany insisted that ongoing audits were the reason Trump was not releasing any of his tax returns.

The audit excuse has always been a lie. Nothing prevents anyone from releasing their tax return, even if they’re being audited.

So will Trump release his returns now?

Don’t hold your breath. Giuliani has cooked up a wacky conspiracy theory that “Soros-elected anarchist district attorneys” are out to “undermine the law,” so he won’t let them get Trump’s taxes. He was referring to progressive Jewish billionaire philanthropist George Soros, a frequent target of Trump, the far right and anti-Semites.

Giuliani vowed to “fight them right down to the wire” to keep Trump’s returns secret.

The battle seems already past the wire. The Supreme Court ruled 7-2 on Thursday that Manhattan District Attorney Cy Vance Jr. has the right to subpoena the president’s tax and business records as part of his criminal investigation into Trump misdealings.

Check out Giuliani’s interview, complete with his “anarchist DA” conspiracy theory, in the video below.

South Australia’s planned border reopening with NSW and ACT has been postponed.

Authorities in Mecca have set several health and safety guidelines in preparation for the upcoming Hajj pilgrimage being held in a limited capacity this year given the coronavirus pandemic, according

Queensland’s Chief Health officer has denied giving “special treatment” to singer Dannii Mingoue who is self-isolating in a private home instead of a hotel.

Please add your name (and address, phone number, driver’s licence and marital status) to this important cause.

A new Covid-19 study shows people infected with coronavirus could lose their immunity within three months. 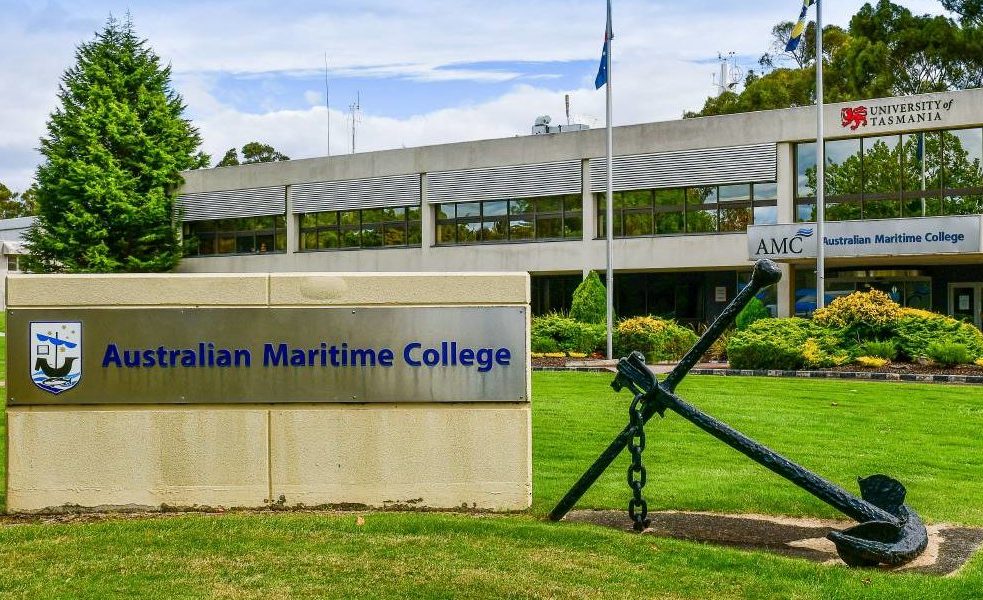 As representation and diversity in entertainment continues to be widely discussed, a former ‘The Bachelorette Australia’ contestant has spoken up about diverse casting on reality TV.

Carlos Fang (aka Carlos Jay F.), who appeared on Georgia Love’s season in 2016, said he believed the franchise – whether it’s ‘The Bachelor’, ‘The Bachelorette’ or ‘Bachelor In Paradise’ – has often played up to racial ‘stereotypes’ and ‘tokenism’ when casting ethnically diverse contestants.

“I knew going on a show like The Bachelorette there would always be a ‘token’ guy,” the Chinese Australian reality star told HuffPost Australia.

“It’s your advantage because you know there’s always one person cast to represent that mix but it’s likely to be a disadvantage for the final outcome of the show. Rarely is there a person of colour standing there at the end of the season.” 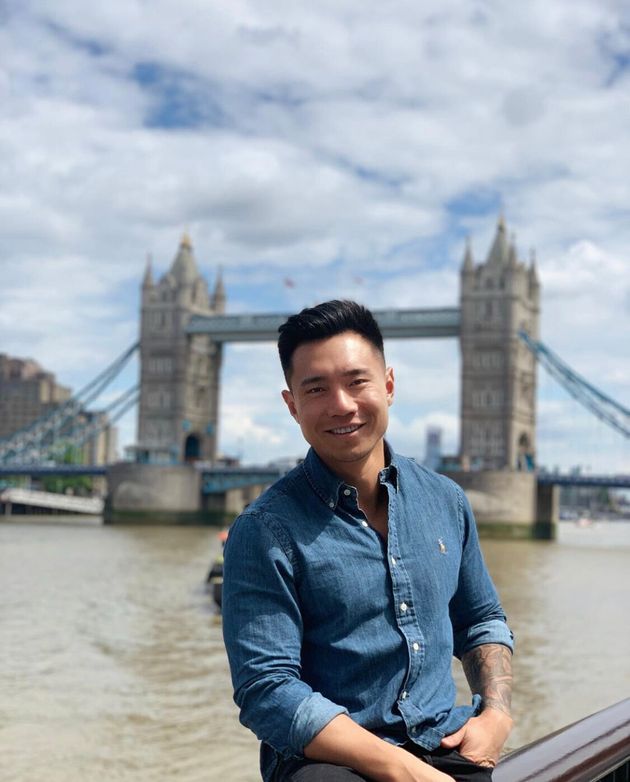 When Carlos appeared on ‘The Bachelorette’ four years ago, he was eliminated in the first rose ceremony. At the time some viewers expressed disappointment that “the Asian guy didn’t even make one episode”.

It was different for Indigenous Australian contestant Brooke Blurton. She made it to the top three on ‘The Bachelor’ in 2018, before choosing to leave the show on her own terms.

Carlos said he believed Australian reality TV considers cultural diversity during the casting process, but he scrutinised the subsequent ‘stereotypes’ that could be portrayed on screen.

“I think there’s consideration given to minority groups. Most shows place someone of colour so that they are showing themselves to be culturally diverse,” he said.

“But that representation needs to not play into certain stereotypes. It would be great to see a dark-skinned surfer or an Asian tradie. It doesn’t always have to be, and shouldn’t be, so cliché.”

A post shared by The Bachelorette Australia (@bacheloretteau) on Sep 3, 2016 at 4:11pm PDT

He said the Network 10 dating shows have a “powerful platform” to “showcase Australia’s beautiful cultural diversity” in a respectful way.

“Even though the cast and crew are lovely, you still feel internally as though you are placed on a show to add diversity, and not necessarily substance to the show,” he said.

In a statement to HuffPost Australia, a Network 10 spokesperson said the TV channel is committed to diversity.

“Eligible contestants on all Network 10 shows are considered regardless of race or background. Network 10 takes its commitment to diversity seriously and we cast as broadly as possible across our entire slate,” read the statement.

A post shared by Bachelor In Paradise Australia (@bachelorinparadiseau) on Mar 12, 2020 at 1:29am PDT

The 2020 season of Australia’s ‘Bachelor In Paradise’ premieres on Wednesday, featuring contestants from previous seasons of ‘The Bachelor’ and ‘The Bachelorette’. Niranga Amarasinghe and Mary Viturino are confirmed cast members.

It’s been reported First Nations healthcare coordinator Renee Barrett will also feature in the line-up although Channel 10 could not confirm at time of publishing.

Carlos said he had been approached for the previous two seasons of ‘Bachelor In Paradise’, but chose not to pursue the opportunities due to work commitments.

“I declined both times because going on the show would have meant putting Magic Men, on hold. I was told from the get go that I would be put in towards the end as an intruder only, so I didn’t feel the experience would have allowed me a good shot at finding love.”

A post shared by Bachelor In Paradise Australia (@bachelorinparadiseau) on Jul 5, 2020 at 2:30pm PDT

The sentiment of Carlos’ comments are not unique to the Australian version of the dating show franchise.

Last month the first Black ‘Bachelorette’ in the US, Rachel Lindsay, criticised the show for “creating problematic storylines” for culturally diverse contestants.

“Yes, more diverse contestants do appear on the show now, but is the lead truly interested and open to dating outside of their race?” she wrote in a blog post.

“I think that is evident by how far their ‘journey’ takes them during each season.  It is a naive expectation to believe that leads will authentically start an interracial relationship for the first time on national television.

“The sad reality is that people of color (sic) become placeholders as the token person of color to add some flavor to the second half of the season.” 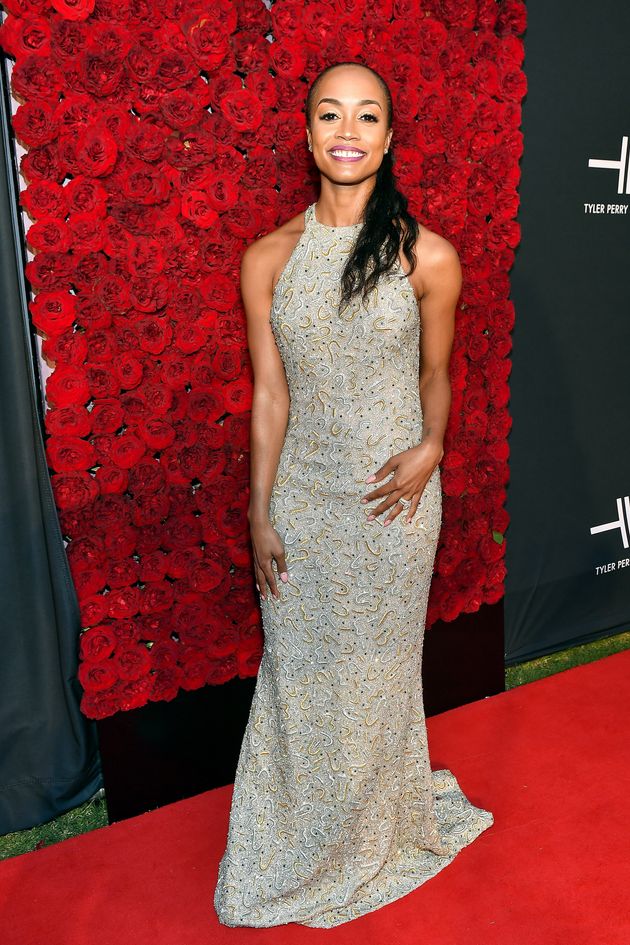 In June the US version of ‘The Bachelor’ announced its new lead in 2021 would be Black man, Matt James.

The announcement came four days after fans launched a petition calling for ABC to name a Black Bachelor for the upcoming season. It quickly racked up tens of thousands of signatures and endorsements from popular “Bachelor” alums including Rachel Lindsay, Kaitlyn Bristowe and Nick Viall.

“We’re glad ABC has done the right thing and cast a Black lead for the next season of The Bachelor,” the organisers of the Bachelor Diversity campaign said in a statement to HuffPost at the time.

“While we’re thrilled for that first step, we still plan to hold ABC accountable to make sure his representation is handled responsibly. We want to continue seeing greater BIPOC representation within the The Bachelor franchise, both on and off camera — as well as providing the resources and support they need during the show and in its aftermath. There’s plenty more work to do, but this is a start.”

Australia’s first Black male lead on ‘The Bachelor’ was Blake Garvey in Season Two in 2014. Since then, culturally diverse contestants have featured as contestants, but not as the leads.

‘Bachelor In Paradise’ premieres on Wednesday night at 7:30pm on Network 10.

McDonald’s staff working at restaurants in metropolitan Melbourne and Mitchell Shire must wear face masks to protect against coronavirus, the fast food giant has announced.

The Queen was not directly told Australia’s governor-general Sir John Kerr was preparing to sack Prime Minister Gough Whitlam in 1975, but she was aware he was weighing up the option.