A man travelling with his wife and five children on an Air Canada flight to Australia has died during the journey, with the plane diverted to Honolulu.

Boris Johnson has hired his personal photographer as a special adviser with wages funded by the taxpayer, a government source has confirmed.Andrew Parsons was previously taken off the public payroll while working as David Cameron’s personal photo…

Phoebe Waller-Bridge is auctioning off her Golden Globes outfit to raise money for the relief effort in fire-ravaged Australia.

The Fleabag star has placed the gold tuxedo she wore to Sunday’s ceremony on eBay as wildfires continue to burn down under. 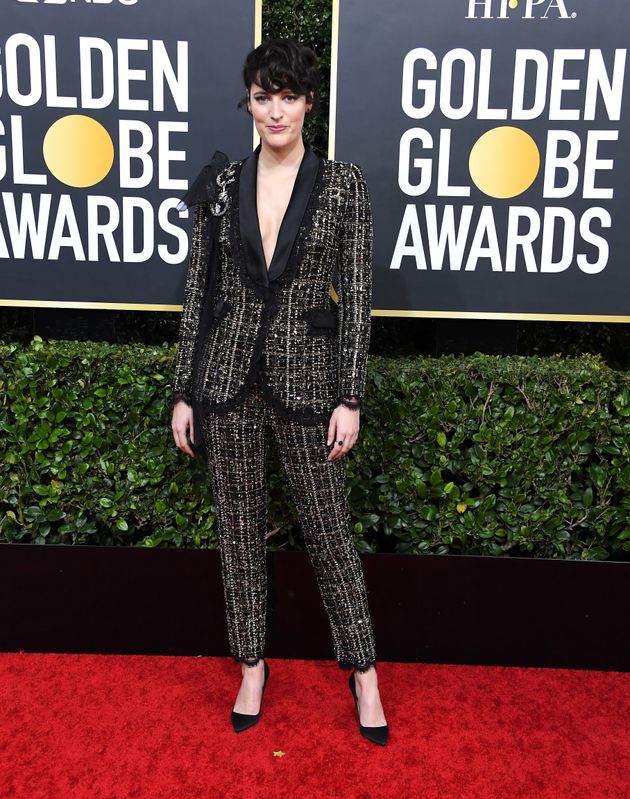 In a video shared on the official Twitter account for Fleabag, Phoebe showed fans where famous faces had touched the outfit, including Tom Hanks when he shook her hand, Sir Elton John giving her a hug and the shoulder where Olivia Colman “rested her cheek”.

So you already own the #Fleabag jumpsuit, but there’s another chance for you to dress like Phoebe Waller-Bridge! She’s auctioning off her #GoldenGlobes suit by @ralphandrusso in support of the relief efforts for the Australian bushfires. https://t.co/iAJAv8wveI#DressforAuspic.twitter.com/xhMiTcAAph

Phoebe said: “I’m very excited that this stunning, one-of-a-kind, couture tuxedo created by Australian geniuses Ralph & Russo will continue its journey by contributing to this urgent cause.

“If money raised by its auction can help raise funds to fight the disaster in Australia, the future impact of this suit will be far greater than the luck it brought me and the Fleabag team at the Golden Globes last weekend.”

While the tuxedo is custom made, it is reportedly similar to a UK size nine. 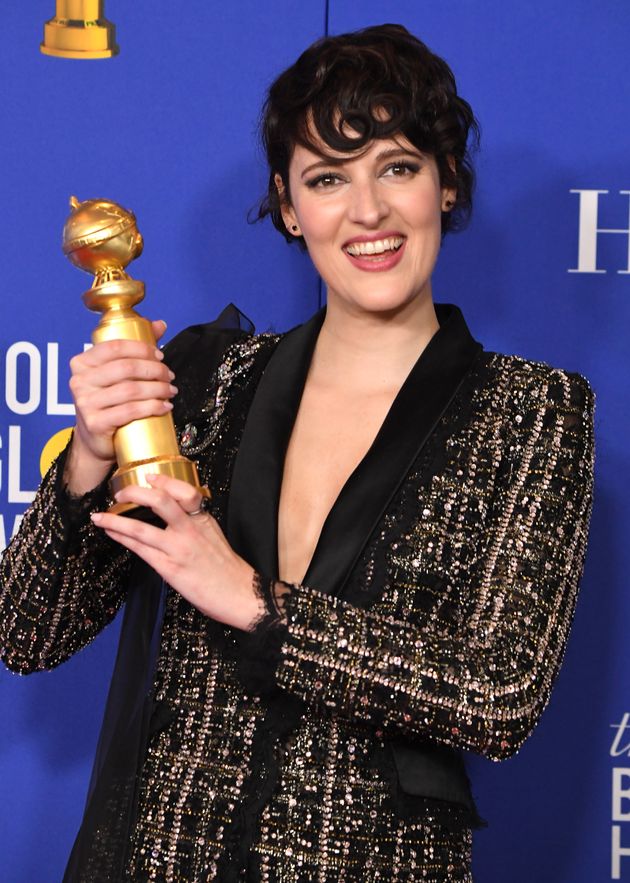 Phoebe is just the latest celebrity to pledge support for Australia as it continues to be ravaged by devastating wildfires.

Kylie Minogue pledged half a million dollars to firefighters tackling the blazes in her home country, matching the donation made by Pink.

Leonardo DiCaprio’s environmental group has donated $(US) 3m (£2.3m) towards the relief effort while Sir Elton John and Chris and Liam Hemsworth have also donated. 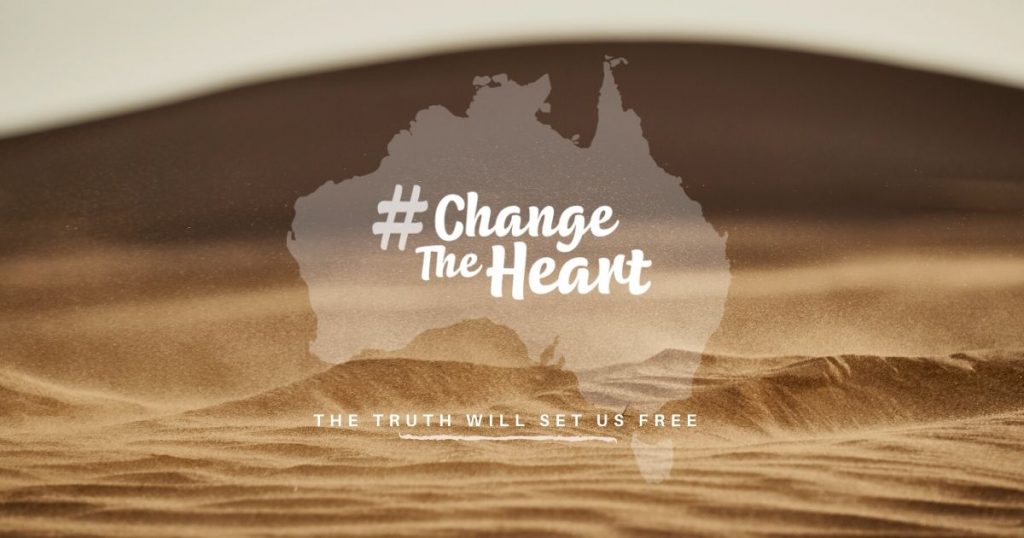 Aboriginal leader Brooke Prentis (of Wakka Wakka people and spokesperson for Common Grace) has called for truth to be a part of reconciliation efforts linked to Australia Day. “There can be no Reconciliation without Truth, Justice, and Action,” she said. She lamented that the nation still decides when Aboriginal and Torres Strait Islander peoples are included […]

A “period of transition” has been agreed between the Queen and the Sussexes to allow Harry and Meghan to start their “new life”, a statement by the monarch has said.Her Majesty said that she is “entirely supportive&rd…

Donald Trump’s White House came under fire on Sunday after a tweet that critics are already slamming as the “dumbest” lie of 2020.

And it’s all about the weather.

In what would on most days be a non-controversial message, the White House’s official account tweeted about snow: 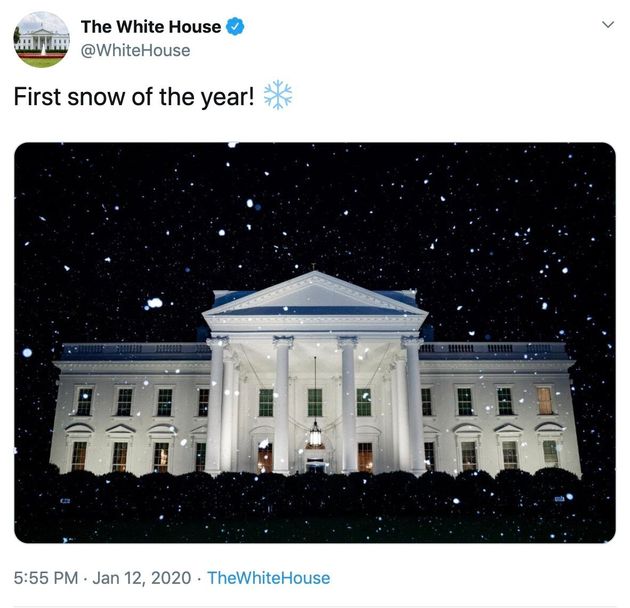 The problem? It not only didn’t snow in Washington on Sunday, but it was also unseasonably warm, with temperatures reaching a high of 20C. And if it did snow, it wouldn’t have been the first of the year for the capital.

That happened on Tuesday. Indeed, the image appears in the White House Flickr feed for that date.

It’s possible the tweet was written Tuesday, but not sent as the Iran crisis unfolded. If that’s the case, it’s not clear why it was then sent on Sunday, when it was so clearly not snowing in Washington.

The Washington Post reported last month that Trump has unleashed a blizzard of lies, with more than 15,000 false or misleading claims since taking office in 2017.

Several have been about the weather.

At one point, Trump showed off a doctored map to make false claims about a nonexistent hurricane threat.

But critics on Twitter say his administration lying about an easily verifiable weather event should have a special place on the list:

It’s snowing in DC to the same extent that Trump is innocent.

These folks aren’t even competent at lying. https://t.co/yviQcyY5B0

This is the dumbest lie and I am furious. https://t.co/eeRJpRzlP7

This White House lied about rain at Trump’s inauguration. They used a Sharpie to change a weather map to lie about a hurricane headed to Alabama. And they continue to lie about climate change. Why wouldn’t they lie about the first snow of the year when it’s 53 degrees in DC? pic.twitter.com/QmunL6ySjA

Possibly the stupidest lie since the Bowling Green Massacre. 🤥 pic.twitter.com/zKE3LJ1X0A

It was 70 degrees in DC. WTF is wrong with these people. They literally lie about the dumbest things. https://t.co/Lt9mXUw6d0

It is currently clear and well above freezing in Washington, DC. https://t.co/iXHZ2nULHm

they’re doing the stupidest lies possible on purpose to underline that you can’t do anything about it, that’s why https://t.co/RjF9UADetZ

Why. Why would you lie about THIS.

It’s been snowing in Russia for two weeks

This is indeed the truest form of gaslighting, to lie about the stupidest, most disprovable thing, only to cause division and prove to the most suggestible in society that there are no such things as objective facts. https://t.co/OxJMCtUuse

It’s 54 degrees. Is there anything you don’t lie about?

It was 70 degrees today. There is no snow out there. https://t.co/XqoRgpiRZZ

So that’s why they called him the Boy Wonder.Burt Ward, who played sidekick Robin on TV’s “Batman” in the 1960s, said in an interview with the New York Post’s Page Six that his bulge was stealing scenes to the po…

Princes Harry and William have briefly joined forces to speak out against a story “speculating” about their relationship. The brothers released a rare joint statement on Monday in response to an unnamed story that they viewed as &ldquo…