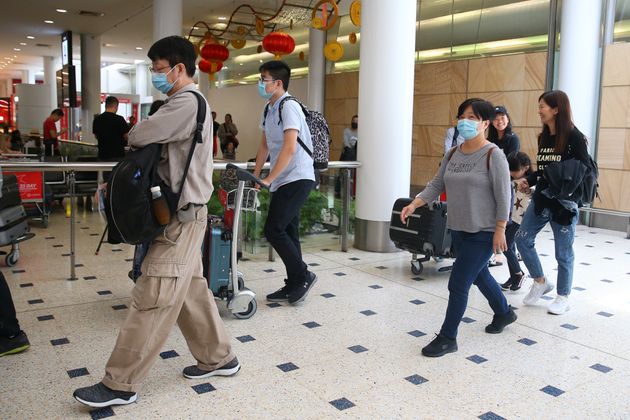 Authorities have warned Australians about a series of viral messages that are circulating online with incorrect information about the coronavirus outbreak.

One note that has been doing the rounds on messaging platform WhatsApp makes false claims that there have been three confirmed cases of the virus, which originated in Wuhan, China, in the Sydney suburbs of Eastwood, Rhodes and Burwood.

MP and Federal Member for Bennelong, John Alexander, said those in his electorate, which covers Eastwood, should not panic based on this misinformation.

“At this stage I have not had any confirmation of coronavirus anywhere in Bennelong, including Eastwood,” Alexander told HuffPost Australia on Wednesday.

“However, I would encourage anybody feeling unwell to heed the advice of the Government’s Chief Medical Officer, and seek treatment as appropriate. All advice on this virus can be found in multiple languages on the Department of Health website.” 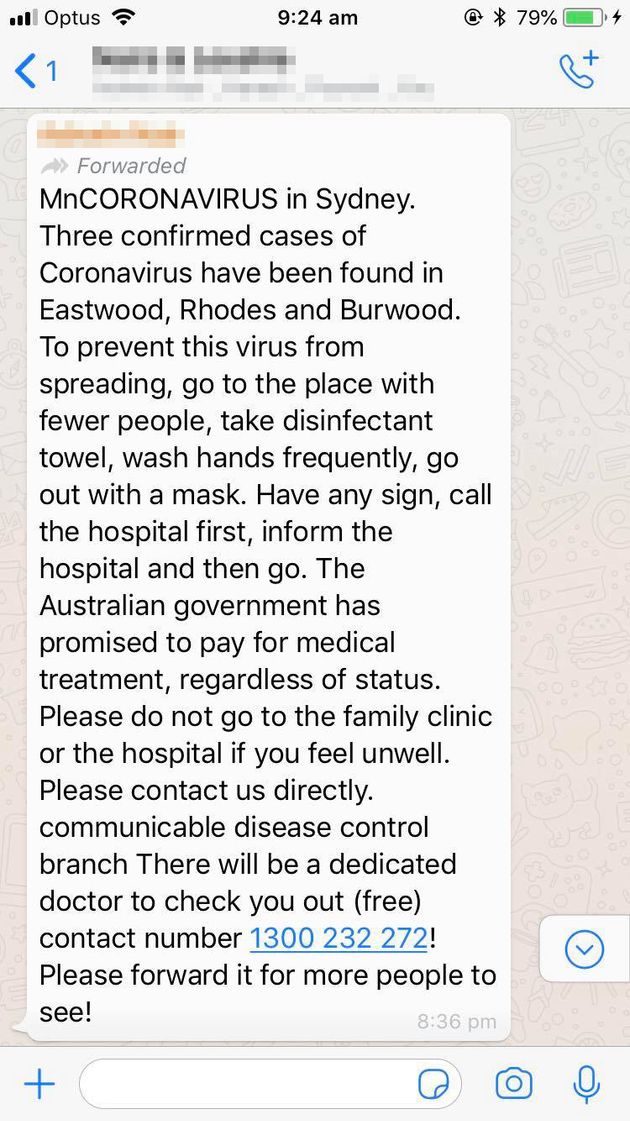 Fiona Martin, MP and Federal Member for Reid which includes Burwood, also told HuffPost Australia: “There has been a number of social media posts and messages spreading misinformation about the Novel coronavirus.

“As Reid has a large Chinese-Australian community, they have been particularly vulnerable to hoax information causing undue fear or concern. I am encouraging all residents in my area to seek information and advice about the virus from official sources such as the NSW Government Health website and the Australian Government Department of Health website.”

“These posts have not originated from NSW Health nor any entity relating to us.”

These appear to be only the latest in a flood of global fake news about the new virus.

In one instance reported by BuzzFeed News, a January 21 tweet saying that the coronavirus was released intentionally was “liked” and retweeted thousands of times. Jordan Sather, a YouTube user who frequently shares hoaxes and unproven claims, linked to a 2015 patent for a coronavirus vaccine filed by a UK-based health institute. Sather suggested that well-connected pharmaceutical companies intentionally unleashed the disease on the public to stir up concern and sell a cure.

Other instances of coronavirus fearmongering on social media include posts that misidentify people as victims of the coronavirus or that drastically inflate the number of those infected with the new strain. 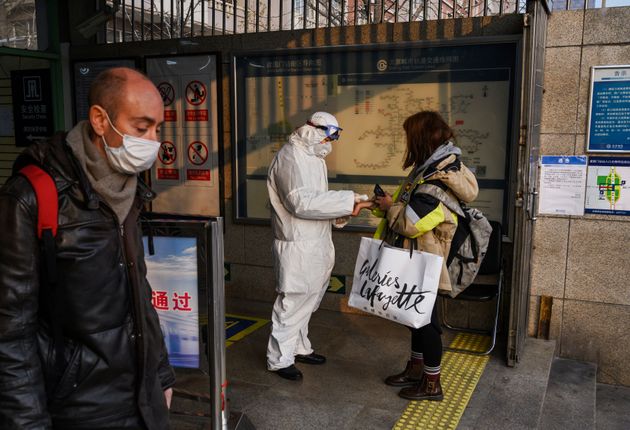 There are six confirmed cases of coronavirus in Australia ― four in NSW and two in Victoria. NSW Health stated on Wednesday that six more cases are under investigation in NSW.

The fifth case was confirmed Monday, with health officials saying the case involved a 21-year-old woman who was on the last flight to Sydney out of Wuhan, in the Chinese province of Hubei, before China imposed its travel ban.

Australian Prime Minister Scott Morrison said Wednesday that plans to evacuate Australians who are in Hubei province were advancing.

“We have taken a decision this morning to prepare a plan for an operation to provide some assisted departures for isolated and vulnerable Australians in Wuhan and the Hubei province,” Morrison told reporters at a press conference in Canberra.

The PM did not say how many of the 600 Australians registered in the Hubei region that the government would be able to help, adding Australia would also be working to help New Zealand and Pacific island citizens in Hubei. 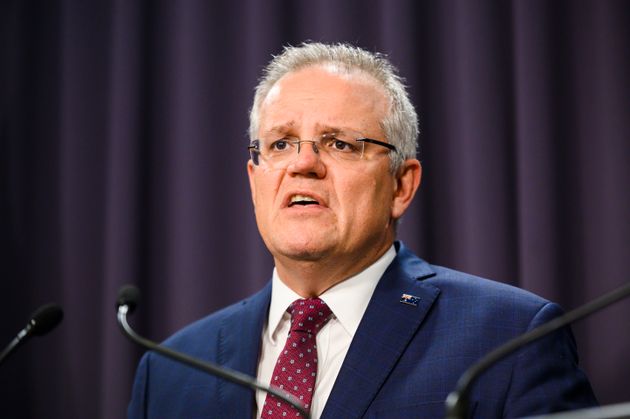 “But I stress there is rather a limited window here, and we are moving very, very swiftly to ensure we can put this plan together and put the operation together,” he said.

The evacuations will be done on a last-in, first-out basis, Morrison added.

Christmas Island, an Australian territory in the Indian Ocean 1,500km from the mainland, is home to a controversial immigration detention centre.

Australia, which has five confirmed cases of coronavirus, on Wednesday upgraded its travel advice to “reconsider all travel to China” and warned its citizens not to travel to Hubei province and to avoid crowded areas.

With additional reporting by Ja’han Jones (HuffPost US) and Sonali Paul (Reuters).

The body of a middle aged women has been found on a beach near Torquay in Queensland’s south-east .

Australian shares have rebounded after global markets recovered from a sell-off amid concerns about the deadly coronavirus epidemic.