Volunteers at the Mornington Railway have paid tribute to a Victorian woman who died of COVID-19 last week.

The Great Barrier Reef has suffered its most widespread coral bleaching event ever with all three regions of the reef system now affected.

The federal education minister has guaranteed there’ll be no mass repeating despite the disrupted school year.

Bamboozled by what you can claim on tax now you’re working at home? Here’s the easy way to do it.

Despite pleas to stay in Australian waters, the Commonwealth has ordered 20 cruise ships to leave.

As Australia continues to battle the coronavirus crisis alongside the rest of the world, politicians have warned the Easter long weekend will be like no other.

Social distancing restrictions will continue to be in place, with family barbecues, beach and park visits, large Easter egg hunts and Church attendance not permitted.

Prime Minister Scott Morrison said Australians need to follow these measures to ensure the health crisis doesn’t worsen, and his messaging was simple, “Stay at home”.

“This Easter weekend will be incredibly important. Stay at home,” the PM said on Tuesday at a press conference in Canberra.

“Failure to do so this weekend will completely undo everything we’ve achieved so far.”

Federal Health Minister Greg Hunt echoed this, saying, “the virus does not take a holiday”.

“This in many ways is the most important weekend we may face in the whole course of the virus.

“If we can lock in the gains that we’ve made as a nation through the courage and sacrifice of those on the health, medical and policing frontlines, but also through the immense goodwill and discipline of Australians, then we can help really protect Australian lives going forward and give ourselves the pathway through.” 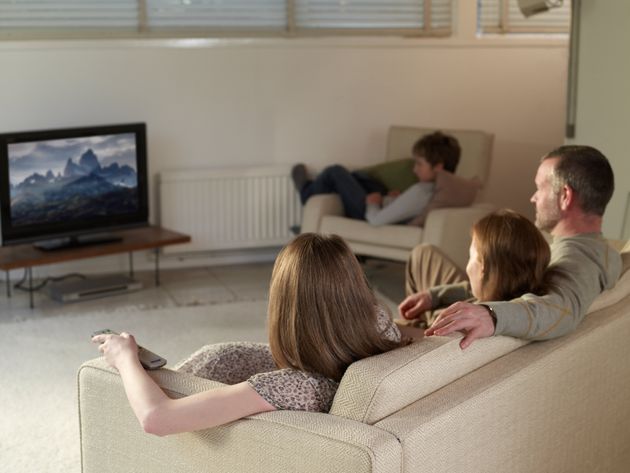 What You Can’t Do

While many Australians choose the long weekend for a family road trip or coastal escape, the government’s advice is not to travel and fines will be issued if you do.

“This Easter, it will be very important that people don’t travel. You can’t go camping. Our parks are shut,” said Tasmania Premier Peter Gutwein.

Gutwein said police will be patrolling roads over the weekend and asking people what they are doing.

“It is important that we do not take this virus to our coastal communities. Many of them are older, more vulnerable communities.”

Public gatherings have been restricted to just two people across most parts of the country, and that rule isn’t to be broken over the weekend or major fines will apply.

NSW has the strictest social gathering rules.  You should only be on the road if you’re going to work, taking medications or supplies to a family member or friend, providing childcare or seeing your partner.

“That might mean you have two adult children who want to come and visit you. Well, we think we should be flexible.”

The ACT has the same “two visitors” rule as Queensland – as long as people practice social distancing where possible.

In Tasmania, you are allowed to visit a close friend, family member or partner to give mental health support or social support.  Each household is allowed two additional guests.

Western Australia has split the state into regions.  People in relationships are able to visit each other if they live in the same region.

The Northern Territory has told residents not to gather in groups of two people or more – unless it’s family in your household. The NT has locked down 76 remote Indigenous communities, if you have family in these communities but do not reside there, you cannot visit them at this time.

South Australia isn’t as strict when it comes to the PM’s “two person” advice but people mustn’t gather in a group of more than 10 people and there must be four square metres per person indoors.  If South Australians break the “10 people rule” they can cop a fine of $1,000.

House parties, large dinner parties, and big barbecues are still off the cards across the country. 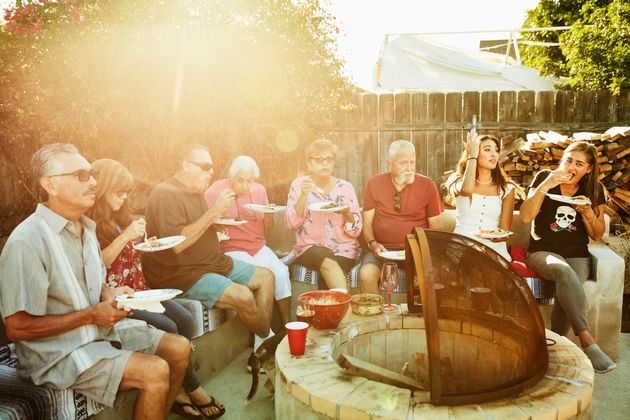 Last week the Prime Minister said churches and places of worship will be considered places of work so that services could be live streamed to community members. However, they are not open to the public.

“This will ensure that religious services, including Easter services, remain accessible to congregations,” read a statement on the PM’s website.

Only essential staff are allowed to be present at the venue, with the four square metre rule and social distancing measures applied.

Despite it being a big part of Australia’s social culture, going to the beach is no exception to the stay-at-home rule over Easter.

Sydney’s popular beaches in Bondi and Manly were recently closed after people didn’t adhere to social distancing rules, and police have issued fines to those who trespass. 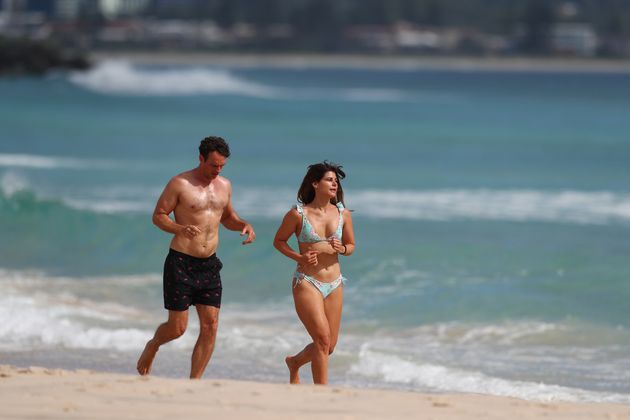 On Monday Gold Coast announced three popular beaches will be closed effective midnight Tuesday, after thousands of people flocked to the locations over the weekend. These are The Spit, Surfers Paradise and Coolangatta.

“Unfortunately, over the weekend, out-of-towners are descending on the Gold Coast in mass numbers and I fear that this number will increase over the Easter weekend,” Gold Coast mayor Tom Tate told media.

“I didn’t want to do this but [what happened] over the weekend shows me especially people visiting from Brisbane are not listening to us.”

Go For A Drive

Driving to the pharmacy or supermarket for absolute essentials is allowed, but a leisurely drive just to get out of the house is not permitted this weekend.

“If you have to go for a drive to do something reasonable that’s fine,” said NSW Police Commissioner Mick Fuller said.

“But if you live at the beach and you’re at the Blue Mountains with a caravan it’s not going to cut the mustard.”

Queensland Police Commissioner Katarina Carroll said these rules needed to be in place.

“What we are finding is people are driving extensive distances, just to get on the road,” she told Channel Seven’s Sunrise.

“There has to be a set of rules everybody should abide by.” 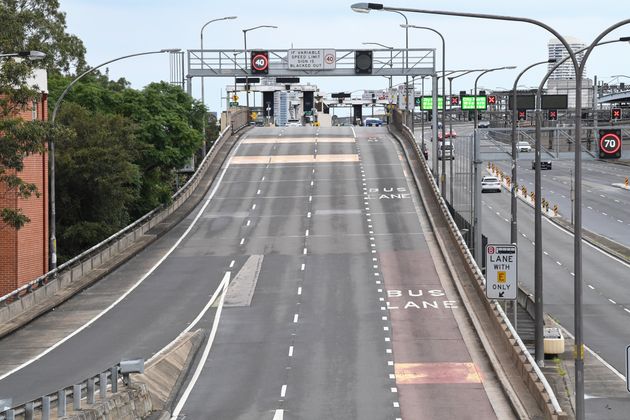 What You Can Do

For those wondering if they can still see their partner who lives in another home, the answer is technically yes if you live in NSW. This is because public gatherings of two people are allowed, a NSW Health spokesperson confirmed to HuffPost Australia.

“Absolutely! That’s under care,” he responded when asked about the rule at a press conference. “Mental health is under care. Absolutely, under care. I think we have to look after each other, but don’t take the whole family with you. Don’t take your grandparents.”

Meanwhile if you live in Victoria, it’s not’s been so straightforward. After initially banning partners who don’t live together from seeing each other, the rule has more recently been relaxed.

“Regarding ‘Stay at Home’ rules: We have no desire to penalise individuals who are staying with or meeting their partners if they don’t usually reside together,” said Victorian Chief Health Officer Professor Brett Sutton. “We’ll be making an exemption.”

In Queensland, partners living in separate homes (even share houses) can visit one another, Premier Annastacia Palaszczuk confirmed.

Stay At Home With Usual Members Of The House

The PM recently said that “unless it’s your household, the family, those that are living at your residence” do not go outside with more than one person and do not go out to socialise.

Movie marathons, Netflix binges, lazy lunches with loved ones and getting stuck into the Easter eggs is probably on the agenda.

Speak To Family And Friends On Phone/Video Chat

Instead Australians are being encouraged to connect with extended family and friends through other means such as the phone or an online video call.

Many Aussies have been using Zoom for work calls and House Party for happy hour catchups and board game sessions. There’s also the usual FaceTime, Skype and WhatsApp video features that will do the trick.

Children are allowed to visit a parent of sibling,if they live in a separate local residence.

Not quite a bad idea. 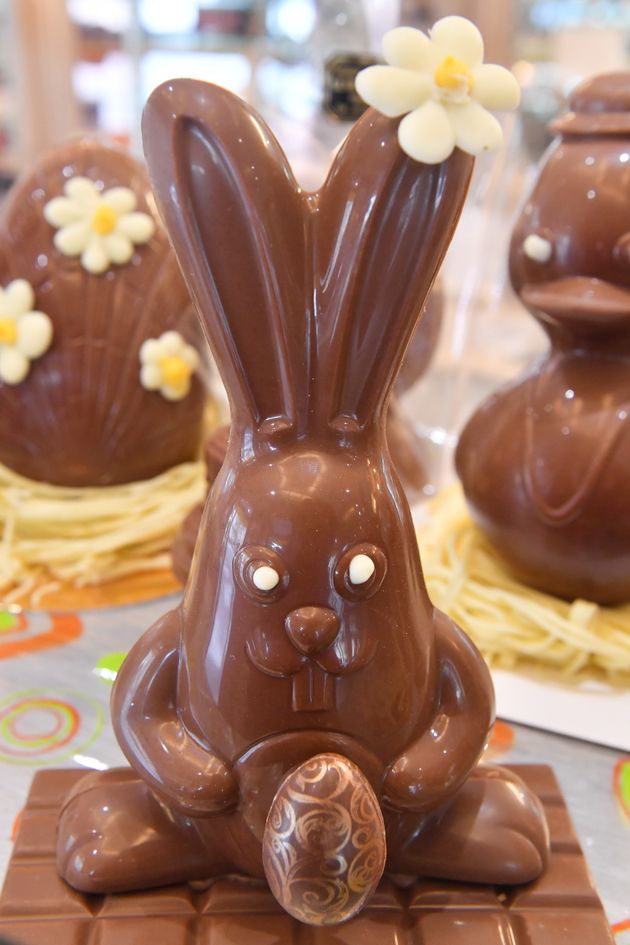 People are allowed to seek urgent medical attention by seeing the doctor or going to hospital. A quick trip to the shops or pharmacy for essentials such as medicine and groceries is also allowed.

Australia’s response to the coronavirus pandemic continues to show promising signs but community transmission of the disease remains a serious concern, the nation’s Chief Medical Officer has warned. 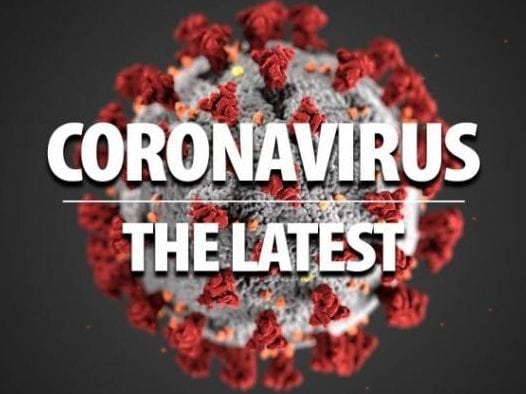 Media release – Prof. Tony Lawler, Chief Medical Officer, 7 April 2020 Third coronavirus death confirmed A man in his 80s who tested positive for coronavirus has died at the North West Regional Hospital today. The man was a passenger aboard the Ruby Princess. On behalf of the Tasmanian Health Service, the Department of Health, and […]