Jameela Jamil has shared what she has described as her “final word” on the recent backlash she found herself at the centre of, after a string of Instagram posts about her past injuries and illnesses went viral.Earlier this month, Jameela wa…

British backpacker Grace Millane was strangled to death, crammed into a suitcase and buried in a New Zealand woodland after a Tinder date in December 2018.

Friends fans have had a rather disappointing realisation about the upcoming one-off reunion special, more specifically those that live in Australia.

On Friday night, all six members of the main Friends cast confirmed simultaneously that they’d be appearing in a new one-off “celebration” looking back at the classic sitcom, 16 years after it was last on our screens.

The special is set to debut on the new streaming platform HBO Max in May, alongside all 10 series of Friends.

However, HBO Max still isn’t an official thing in Australia.

There are some hints the streaming service will launch Down Under, with HBO registering an Australian trademark for the brand this month.  Keep in mind it’s already a crowded market with Stan, ABC iView, SBS On Demand, Netflix, Amazon Prime, Google Play and other networks battling it out for numbers.

Right now, Foxtel has the rights to all HBO content under an agreement that will last until 2020 and all 10 seasons of Friends can be streamed on Stan. 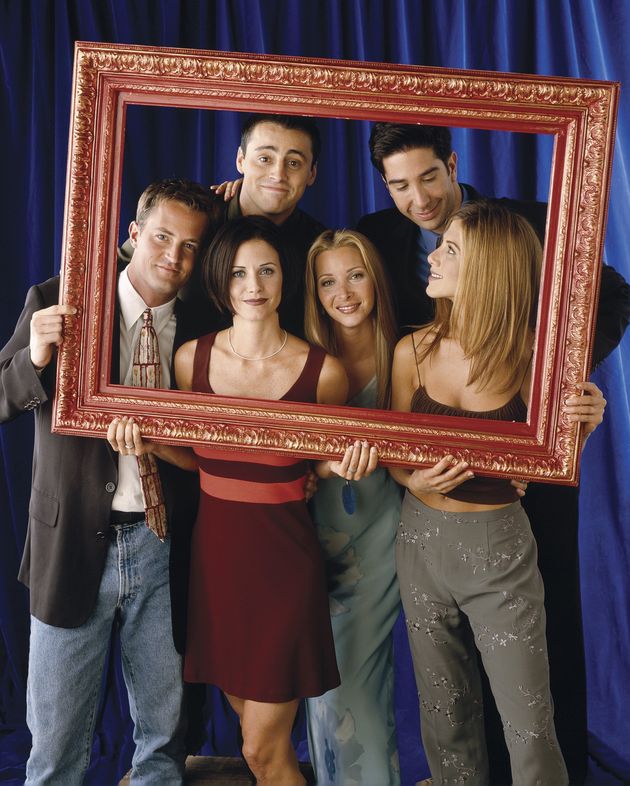 Understandably, fans were a bit confused, especially in the UK where it is unclear if HBO Max will ever launch …

OMFG I CANT A #FriendsReunion IM CRYING 😭😭😭 HOW DO I GET HBO MAX IN AUSTRALIA?!

Can we expect hbo max in Australia?

EKKKKKKKK @FriendsTV is back for a Reunion Episode but how are we going to watch – if @hbomax isn’t available in the UK? 🇬🇧 🏴󠁧󠁢󠁷󠁬󠁳󠁿 #FriendsReunion

Just heard that the friends reunion that everyone’s been waiting for, might not get shown in the UK. How rude. UK loves entertainment as well.#friends#tvshow#JenniferAniston#lisakudrow#courtneycox#DavidSchwimmer#matthewperry#MattLeBlanc

Devastated that those of us in the UK won’t be able to watch HBO Max for @FriendsTV Reunion. How will I watch it please?!?!?!?!?!?!?

With HBO Max not coming to the UK where will the Friends Special be shown in the UK? As Friends has been on many different channels in the UK

Realising the friends reunion is on an American channel and I’m british pic.twitter.com/xt4TtBio2x

However, some have also pointed out that Sky Atlantic regularly show HBO content in the UK – including Game Of Thrones, Girls and Westworld – suggesting it could end up being the UK home of the Friends reunion, even though they don’t show the series itself.

Unless Sky Atlantic show it, be years until it can be seen in UK. HBO Max arent coming to UK and friends won’t be available in UK either.

Purely guessing, but a lot of HBO content goes on Sky Atlantic…

Friends things:
– literally just a chat show/documentary, absolutely not an episode
– HBO Max isn’t launching here (they’ve extended the Sky/HBO deal, and make way too much money from it to go direct to consumer at the moment) so you may not see it

– HBO could license it out around the world to companies (like Netflix *kisses badge*) who hold the Friends rights, but are they not just then doing their marketing for them?
– Sky could show it as part of their HBO deal, but as they don’t have Friends that would be…odd

The One Where We Convince Mum To Get Sky Atlantic

The unscripted special will see the show’s cast returning to the soundstage on which Friends was filmed, reflecting on the sitcom’s global impact and best moments.

It will be directed by Ben Winston, best known for his work alongside James Corden on The Late, Late Show.

Friends is currently airing on Comedy Central in the UK, as well as streaming on Netflix, following its debut on the streaming platform in 2018, gaining the classic sitcom a new generation of fans.

This led to many younger viewers watching Friends for the first time, many of whom quickly began pointing out more problematic aspects of the show, namely a distinct lack of diversity and homophobic jokes about the character Charles Bing.

Barnaby Joyce and Labor’s Joel Fitzgibbon have clashed in front of media in a Parliament House corridor during an unexpected sparring session about climate change.

The mother of a 15-month-old girl last seen two months ago in Tennessee says she knew who had her daughter, and she was afraid to report her disappearance.

Cable news has been incredulous that Senator Bernie Sanders﻿ could actually be the Democratic nominee for president, twisting itself into knots to convince itself that it’s not so.On Saturday, as results rolled in showing that Sanders w…

A self-styled daredevil died Saturday after a rocket in which he launched himself crashed into the ground, a colleague and a witness said.

“Mad” Mike Hughes died after the homemade rocket crashed on private property near Barstow about 1:52 p.m. near Highway 247, the Daily Press of Victorville reported.

Waldo Stakes, a colleague who was at the rocket launch, said Hughes, 64, was killed.

“It was unsuccessful, and he passed away,” Stakes told The Associated Press. He declined further comment.

Justin Chapman, a freelance journalist, told the AP that he and his wife witnessed the crash.

The rocket appeared to rub against the launch apparatus, which might have torn the parachutes attached to it, Chapman said.

The rocket came straight down into the ground, Chapman said.

According to a San Bernardino County Sheriff’s Department statement, deputies were called to the event.

“A man was pronounced deceased after the rocket crashed in the open desert during a rocket launch event,” the statement said. The sheriff’s department did not identify the person who died.

The crash occurred during filming for a future series on the Science Channel called “Homemade Astronauts.” Hughes’ launch was to be one of three featured on the new show, which follows three self-financed rocket-building teams.

“Our thoughts & prayers go out to his family & friends during this difficult time,” the Science Channel tweeted. “It was always his dream to do this launch & Science Channel was there to chronicle his journey.”

Michael ‘Mad Mike’ Hughes tragically passed away today during an attempt to launch his homemade rocket. Our thoughts & prayers go out to his family & friends during this difficult time. It was always his dream to do this launch & Science Channel was there to chronicle his journey pic.twitter.com/GxwjpVf2md

In March 2018, Hughes, who believed the Earth is flat, propelled himself about 1,875 feet into the air before a hard landing in the Mojave Desert.

“My story really is incredible,” Hughes told the AP at the time. “It’s got a bunch of story lines — the garage-built thing. I’m an older guy. It’s out in the middle of nowhere, plus the Flat Earth. The problem is it brings out all the nuts also, people questioning everything. It’s the downside of all this.”

About six years ago, the quality of my life significantly diminished. Leaving my home ― my safe zone ― unfailingly caused a panic attack: a feeling of suffocation, heart palpitations, palms sweating profusely, and a bleak sense of foreboding. I am a 29…

NASA has released images showing extensive Antarctica snow melt over a period of days in early February that included the continent’s hottest temperature ever recorded.On February 6, Argentina’s Esperanza Base, a research station on Antarct…