Two people who were evacuated out of Wuhan to Christmas Island are undergoing further tests, after initial assessments couldn’t clear them of having the coronavirus.

Katie Nash has been a fan of Sen. Bernie Sanders (I-Vt.) since she saw him speak at a local political rally in the lead up to the 2016 election, but she was careful not to get her hopes up. Though his worldview aligned with hers, she suspected others m…

Al Pacino took an unfortunate tumble as he made his way into this year’s Baftas.On Sunday night, the 71-year-old actor was among the A-list guests at the biggest night in British cinema, and was seen posing for photographers and greeting fans on …

Have you contracted a bad case of baby fever? Need a little convincing that maybe childrearing isn’t the thing for you right now?

You’ve come to the right place! Below, we have 26 tweets that show the not-so-Instagrammable, downright frightening side of parenting. Scroll at your own risk.

Super Bowl weekend proved that the Kansas City Chiefs and singer Halsey both know how to make a fierce comeback.At a pre-Super Bowl BudX concert in Miami Saturday, Halsey went ballistic on a heckler who screamed the name of her ex-boyfriend G-Eazy…

As the first group of Australian citizens and permanent residents was evacuated out of the coronavirus epicentre in Wuhan, China, to Christmas Island, one Australian shared an account of his difficulties trying to secure a spot on that flight.

In a public post he shared Monday on Facebook, Daniel Ou Yang said he was still in Wuhan preparing for a flight to New Zealand and claimed that Australian authorities were “keeping us in the dark” about evacuations to the Christmas Island facility where evacuees are being quarantined 1,500 km from the Australian mainland. 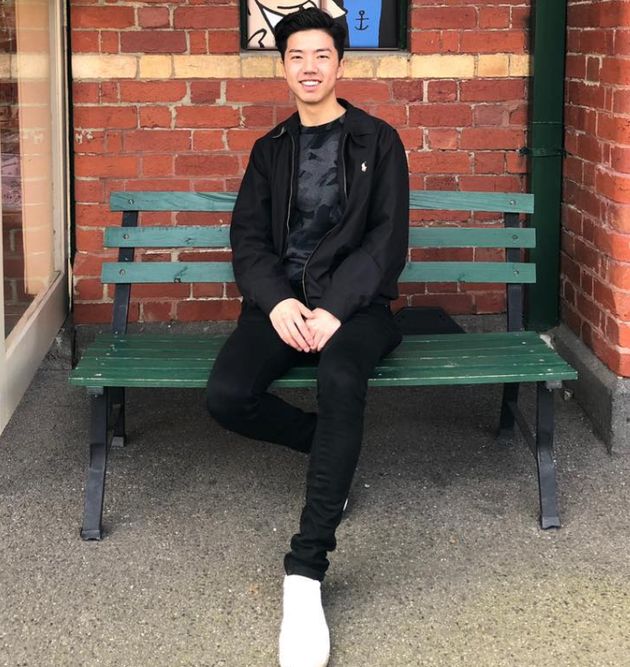 The 21-year-old Australian, reportedly in Wuhan to visit his grandparents, claimed the government didn’t inform him or his parents of the first flight to Christmas Island. He instead heard about it from friends, which prompted him to call authorities.

“I called them and asked about it which I was told that ‘there was no flight.’ I asked ‘So is that fake news?’” They replied yes, he wrote.

After hearing from more people about the flight, Yang said he “called them again and confronted them” and authorities finally admitted there was a flight. “At that time I understood the logic as the most vulnerable would be prioritised so I left it at that”, Yang continued.

An email from Consular Operations & Emergency Centre on January 30 informed Yang that he was registered to be evacuated and that the “date and time of the flight is yet to be finalised”. Yang said he received additional emails on Sunday and Monday informing him he would be evacuated on Tuesday to New Zealand. Australian citizens bound for New Zealand will then be transferred to Christmas Island, according to New Zealand’s government, The Sydney Morning Herald reported.

After Yang apparently told his friend about this flight, his friend reportedly called the Australian Embassy to see if he could also be evacuated. Yang said his friend’s experience was “quite similar to mine”: The embassy allegedly first told him “there is no confirmed upcoming evacuation”, but once he told them of Yang’s flight, staff confirmed that flight but said he wasn’t on the priority list. He was also told there wasn’t another flight scheduled. 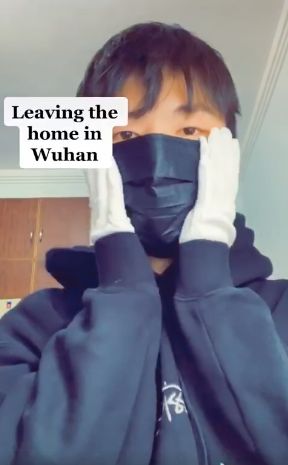 Yang told his Facebook followers he was mostly concerned about miscommunication between the Australian government and Australian citizens stuck in Wuhan. He also said there was confusion over the selection process for Christmas Island evacuations and a “lack of transparency”.

“I can see that information is deliberately being withheld from us selectively, and that has been a pattern”, he said. “I can even understand why some couldn’t make on the second flight if it was full, but I CAN’T understand why some of us are being kept in the dark about it”.

In a statement to HuffPost Australia, Foreign Minister Marise Payne said: “We are in close consultation with Chinese authorities on a possible second Australian assisted departure from Wuhan to Australia.

“If approved, the Australian Government would continue to prioritise the departure of the most vulnerable and isolated Australians in Wuhan and Hubei Province.

“This includes the young, particularly infants, and the elderly, as well as short-term travellers who do not have an established support structure in China. We will also make every effort to keep families together.

“We thank the Chinese Government for its close cooperation, which resulted in the first assisted departure flight from Wuhan on 3 February.”

Last week, Yang told AAP he feared that if he wasn’t on the first plane out of Wuhan to Christmas Island, he would have to remain in China for a few months.

“I would be putting my whole life on pause for possibly half the year”, he said. “A lot of things would have to be put on hold if I don’t get on this flight”.

On Monday evening, the first group of Australian citizens and permanent residents arrived on Christmas Island after being evacuated from Wuhan.

The 243 people on board the Qantas 747 jet out of Wuhan were given masks and hand sanitiser, and crew members were told to remain on the upper deck of the plane when not manning the doors. Evacuees arrived in Western Australia near Learmonth on Monday before being transferred to the remote Christmas Island detention centre for quarantine purposes.

They will have to stay in quarantine for 14 days. 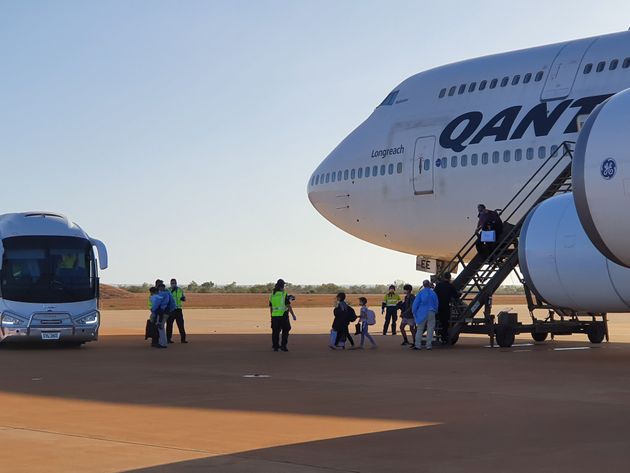 The Australian government has prioritised the evacuation to help “vulnerable and isolated Australians.”

“That is reflected in the fact that 89 of the Australians on the flight are under 16 and five are under two,” said Foreign Minister Marise Payne.

Carly Williams contributed to this report.

The phrase “Merry Christmas” was trending on Monday, February 3 after Eric Trump claimed that people were finally saying it again.

President Donald Trump’s son announced victory over the supposed “war on Christmas” ― something he does every now and then at random times of year ― at a Trump campaign press conference in Des Moines, Iowa, ahead of the Republican caucuses.

While praising his father in a speech, the younger Trump pivoted to Christmas.

“We’re saying Merry Christmas again,” he said, to applause. “We weren’t saying that.”

The Trumps often use this talking point, which has little basis. No one is preventing people from saying “Merry Christmas,” but businesses, including some of Trump’s own, have been known to adopt the more inclusive phrase “Happy holidays” in their marketing.

With the holidays about 10 months away, Twitter users were shocked to discover we were saying “Merry Christmas” again already:

I live in good old Southern Illinois and we always did say Merry Christmas. What part of the country is this dickwad talking about. https://t.co/9XZ4YdGPqh

When a politician tells you “We’re saying ‘Merry Christmas’ again”, they’re actually telling you “I think I’m talking to an idiot.” https://t.co/CzOtwyQrQd

It was such a bummer. Thanks Trump!!! https://t.co/tMCFcO7RmU

In my entire lifetime, I have never had one person say to me “don’t say Merry Christmas.”

It’s a stupid, made-up controversy from people who like being outraged (while complaining about others’ outrage) https://t.co/HBi1DRKprb

I’m an atheist and say Merry Christmas to people all the time. It’s such a made up controversy.

The Chinese embassy has claimed the Australian government did not provide enough notice.

James McClennan heroically dived into the water after spotting a group of people in distress on Saturday night.

On December 30, Li Wenliang dropped a bombshell in his medical school alumni group on the popular Chinese messaging app WeChat.