Delta, alert levels and MIQ stand between Hamish Pinkham and his big new summer festival plans. Will his gamble pay off? On a recent Monday, Hamish Pinkham finally approved a grand musical vision. For two years, the founder of Rhythm & Vines, the country’s longest-running music festival, had been dreaming of pulling together a new series […]

Delta, alert levels and MIQ stand between Hamish Pinkham and his big new summer festival plans. Will his gamble pay off?

On a recent Monday, Hamish Pinkham finally approved a grand musical vision. For two years, the founder of Rhythm & Vines, the country’s longest-running music festival, had been dreaming of pulling together a new series of concerts. Scheduled for early January, they were designed for holidaymakers who weren’t quite ready to call it quits on their summer party.

“We’re calling it the ‘Golden Run,’” Pinkham says. “Everyone’s on break. They’re looking for things to do. Let’s have a crack at it.” The plan? To take what he calls the “Rhythm & Vines magic” to the rest of the country – three festivals in three cities using international acts already coming to New Zealand to perform at Pinkham’s long-running Gisborne festival.

Headlined by big-name electronic artists Fisher, Wilkinson, Dimension, and Peking Duk, and backed by a solid line-up of locals, the shows are designed to maximise the huge efforts required to get performers into the country at a time when major border restrictions are in place. “There’s only so many times you can hear L.A.B and Benee,” says Pinkham. “It’s something people can get excited about.”

For Pinkham’s plans to succeed, he needs many things to go his way. Visas need to be organised, spots in MIQ facilities have to be booked, and each overseas artist is required to spend two weeks in quarantine. “There are a few hurdles to clear,” he admits. Pinkham had already confirmed Gold Rush in Waihi on January 3 and Golden Sounds in Blenheim on January 6 before the latest lockdown was announced, and he still had one more festival up his sleeve to complete his trilogy.

So, at midday on August 30, despite the entire country being in a level four lockdown, and as others were preparing to tune into the government’s daily Covid-19 briefing at 1pm, Pinkham sent out press releases and pushed go on social media posts confirming his Golden Run series of concerts would also include an Auckland date, called Golden Lights, at Trusts Arena on January 7. The poster for Golden Lights, coming to Auckland on January 7

“We thought, ‘Let’s give people a bit of excitement, something to look forward to,’” he says. A lockdown is strange time to launch a new music festival, but Pinkham had already delayed his announcement once, and didn’t want to do it again.“It’s some colourful news during what is a bit of a miserable time.” He describes the move as “taking the lead” in getting people excited for summer.

Pinkham, along with his eight-strong team at Endeavour Live, also runs Rhythm & Vines, as well as the festivals Island Time, Touch Bass and Electric Gardens. He believes the new shows fill a gap in the holiday period that extends from Boxing Day to January 8. “Rhythm & Vines has sold out, other festivals are selling well. We think there’s a real opportunity to do more in that window.”

It’s an ambitious plan, and a huge gamble. To make all of those shows happen, Pinkham first needs the Delta variant of Covid-19 to disappear and lockdowns to ease. Outdoor gatherings of just 100 people are allowed under alert level two gathering restrictions, meaning none of his festivals could go ahead if the country doesn’t drop to level one in time for the Christmas and New Year’s period.

Then there’s MIQ. Spots in the country’s mandatory isolation hotels are fully booked, and new reservations have been temporarily suspended. When they reopen, Pinkham’s team needs to land one for each international artist, and we all know how difficult that task is. He has no free passes to bring artists into the country; instead, he’s forced into online queues with everyone else trying to nab one.

To do it, he’s employed an immigration contractor to help secure spots, but there’s still no guarantee. “We’re in the line with everyone else,” Pinkham says. “The biggest concern is that it’s been delayed (and) there are a lot of people waiting for that summer period.” He references some of our biggest entertainers who are also struggling to come home. “People like Taika (Waititi) and Rhys Darby are trying to get back in the country. They can’t. We’re all in the same line.” 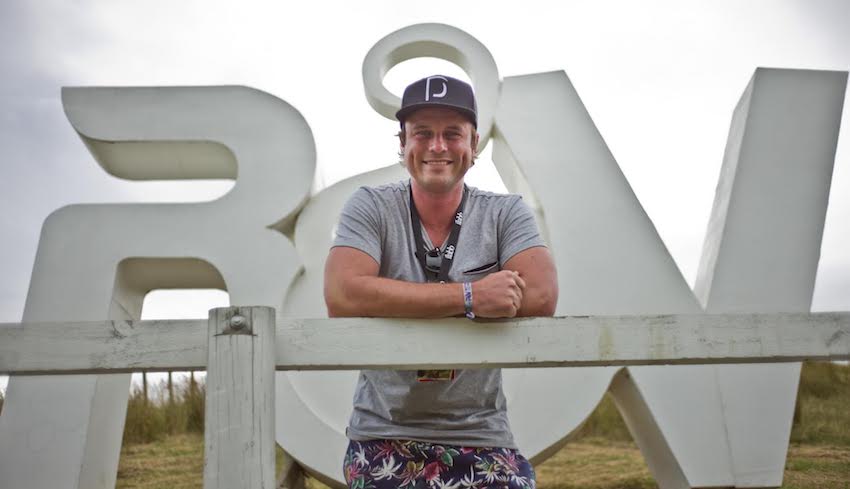 Nervous? Yes, Pinkham looks slightly frazzled on a Zoom call from the spare bedroom of his Mt Eden home. “I’ve been a bit despondent the past week just wondering what the hell’s going on,” he admits. Yet he’s been here before. This time last year was just as nerve-wracking for promoters, and they pulled off an incredible summer of music. Pinkham’s hopeful he can do it again. “We’ve got four months to try and get on top of the situation,” he says. “Hopefully we can pull it out of the bag.”

He’s by no means the only promoter in this situation. Others, like those bringing Tash Sultana, Chase & Status and Tones & I to headline Bay Dreams in Tauranga and Nelson, or those behind Northern Bass and Rhythm & Alps, will also be sweating over the country’s current lockdown restrictions and MIQ closures. “It’s a dynamic environment,” says Pinkham. “Until we’re told otherwise, we’ll charge ahead.”

It might sound like doom and gloom, but promoters have one big thing going for them: after another extended lockdown, people desperately want to party. Concert tickets are in hot demand. Rhythm & Vines is already sold out, Northern Bass has reported advance ticket sales unlike anything it has seen before, and, recently, all general admission tickets to Tyler, the Creator’s Auckland show were snapped up in minutes, despite being 10 months away.

That’s a good sign for Pinkham’s Golden Run. He happily reports that demand for tickets is good, despite lockdown. “We’ve had a really good response,” he says. “Pre-registrations have been really impressive.”

He’s also hopeful of pulling off something else that no one has achieved: setting up a permanent summer festival in Auckland. “It’s kind of been a bit of a wasteland over that New Year’s period for the last few years,” he says. Lockdown, schmockdown: He hopes that, and the rest of his shows, can not only go ahead, but become as established as Rhythm & Vines already is.

“We’ve got to stay positive and get excited for what we’ve got planned,” he says. “It’s all systems go.”

Tickets for January’s ‘Golden Run’ are available from Endeavour Live