Under the new alert level two rules, the indoor capacity of venues has shifted from 100 to 50. Sam Brooks speaks to producers and theatre makers about what means for their work.If you’re living outside Auckland, Monday’s 4pm press conference likely came like a wave of good news. You can leave the house! You can […]

Under the new alert level two rules, the indoor capacity of venues has shifted from 100 to 50. Sam Brooks speaks to producers and theatre makers about what means for their work.

If you’re living outside Auckland, Monday’s 4pm press conference likely came like a wave of good news. You can leave the house! You can hang out with (nine or fewer) friends! You can go to the gym (two metres away from everybody else)! However, there was one piece of information in the press conference that would have been a shock to many.

The prime minister announced that the capacity of indoor venues under level two would shrink down to 50 from the previous level two limit of 100. The explanation from the podium was the same as the one for many of the new restrictions: “Delta is different.”

For those who run bars, theatres, or any venue that relies on sizeable groups of people to be financially stable, this new limit on capacity brings with it yet another set of challenges. I’ve written about the effect of Covid-19 on performing artists before, and how even a short, sharp lockdown can devastate an artist’s entire year, financially and otherwise.

The alert level system, while absolutely necessary for a successful elimination strategy, has already slowed our live events sector to standstill. Larger-scale shows have had to postpone, including the upcoming season of Wicked (which had already moved its planned September season to February), or, in the case of the Royal New Zealand Ballet, cancel outright. That means lost work, lost income, and an entire industry put on pause until alert levels move down.

If you don’t work in live events, the decrease in capacity from 100 to 50 might look arbitrary. But the reality is that the plans that made level two slightly feasible in the past don’t necessarily apply anymore. Larger shows still can’t go ahead without massive changes, if at all. Festivals, especially smaller regional festivals that are meant to go ahead in October, will have to adjust and pivot.

While devastating, there are financial safety nets in place for this in the form of the wage subsidy and the resurgence support payment, but they’re blunt instruments and not fit for all purposes. The needs of artists are more specific, and in a world of delta, more pressing than they’ve ever been. 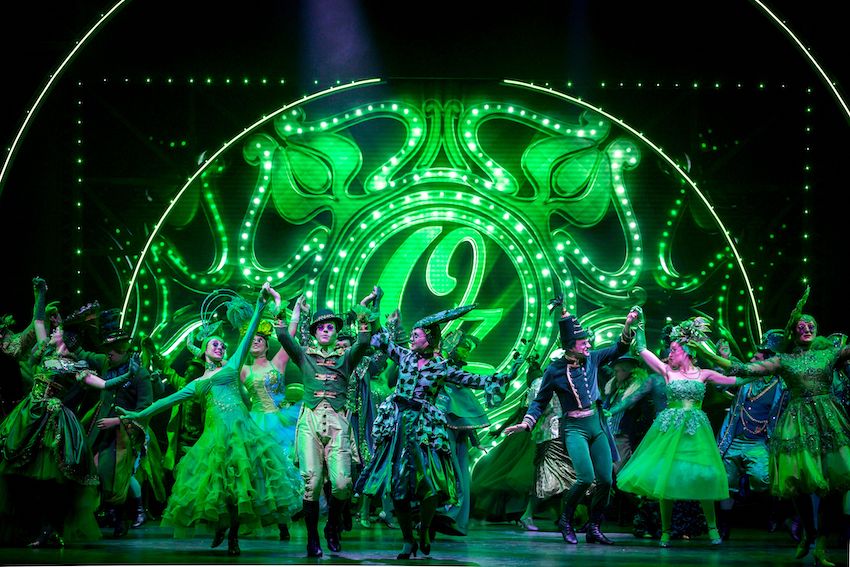 Eleanor Strathern, who runs production company A Mulled Whine, works on a project-by-project basis to deliver shows to venues and festivals across the country.


“I’ve worked quite a bit on my next show, which runs for a full month, and planning out how I can still give people a living wage if we were capped at 100 people a night. It’s a part of the planning of any theatre show that’s being put on right now.”

Now, she says, many of the projects she’d been planning under the old level two rules, are no longer financially viable under the new delta level two.

READ:  A blur of vomit, shit, sleeplessness, and unrequited love

Think about this hypothetical situation: you’re an artist who is self-producing a show for a 100-seat venue for five nights. That’s a potential 500 audience members, give or take a few comps. The general rule of thumb is that 30-40% of total potential box office is breakeven, so your breakeven is 150-200 tickets sold.

Under delta level two, that potential total audience of 500 is halved to 250. Your show’s budget doesn’t change because of delta level two (especially given that it didn’t actually exist as a concept until Monday). You could sell those 150-200 tickets to break even, but the potential profit from those extra 350 tickets is slashed to only a potential 50-100 tickets – and that’s if you manage to sell out. Chris Parker, Daryl Wrightson and Zak Enayat in Gays in Space at Bats Theatre, a show that had to cancel shows because of the August Covid outbreak. (Photo: Roc Torio)

That’s an ideal situation under delta level two. What about if you were budgeting a show to play in a 200 seat venue? Or a 300 seat venue? Your break even becomes a fantasy. Even postponing or cancelling has a cost that reaches beyond income – there’s also the time spent, the derailment of a career, and the emotional loss that comes from throwing your heart and soul at a piece of work only to have it come to nothing.

Even if you flip the hypothetical the other way, and you’re in a venue that seats 50 people or less, things don’t look much better. The risk is diminished, but there’s no guarantee the venue you’re programmed in will be able to seat people at capacity with the necessary social distancing, and you might end up with a show that plays to 25 or less people a night. You’d be lucky to buy a week’s worth of groceries with what you get from that.

Strathern says it’s hard to communicate all of the work that goes into getting live events in front of people – production, marketing, publicity, design – and some of that work can be months or years in the making. She’s been involved with one of her projects since 2019, and hopes it will finally happen in October. “If it doesn’t, that’s about 200-300 hours of work that will never be remunerated, and I’m not the only person in that boat.”

Despite the struggles, the performing arts are nothing if not resilient. Jonathon Hendry, chief executive at Wellington’s Bats Theatre, says they will be opening to the public next week. “The real point for us at Bats is that we’re about opening up to the artists,” he says. “We’ll take a financial hit in the sense that our income goes mostly to the artists.” The theatre has added another ticket price – “The Difference” – which allows audiences to top up their ticket purchase, with that extra money going straight to the artist.

Digital delivery is also an option for Bats. Sapphic Love, a queer ballet that had to close after one performance, has already been recorded once and is looking to do more. “We’re looking at doing another recording of that, and in the next period we’ll be juggling looking after those artists that want to have some digital capacity before we open to the public,” says Hendry. The cast of Sapphic Love, a show that only played one night at Bats Theatre before closing. (Photo: Shay Tanirau)

That resilience is a plan B though; it’s a band-aid when what the industry needs is a tourniquet. Nobody necessarily gets into the arts to make a huge amount of money, but nobody gets into it to starve either. There’s only so long you can work for less than what you’re worth. Strathern quotes theatre legend Jo Randerson: “I refuse to be in a room now where the projector’s getting paid more than me.”

Last year, arts minister Carmel Sepuloni said Labour’s arts policy was a Covid-19 policy, pointing to an investment that included $7.9 million to support artists into sustainable work, $70 million to support the rebuild of creative industries and $20 million for a fund to focus on immediate needs in response to the pandemic.

But as the prime minister said this week, delta is different, so the support has to be different, too. It’s good that Creative New Zealand’s focus in the third phase of their Covid-19 response is on future-proofing its funding grants to work in different Covid contexts, but the artists of New Zealand need more assurance than that.

What about the artists who had their work cancelled last month, today, or in the weeks and months to come? Where does delta level two fit into the government’s art policy? Where are the safeguards to ensure that alert level requirements don’t upturn an industry that has already been devastated by the pandemic?

Simply put: if artists can’t afford to make their art, they can’t afford to live. This has a knock-on effect beyond just the people making the art. Venues need artists to put on work with them. Arts festivals need art to programme. And ultimately, audiences need art.

The 50 person limit isn’t the problem. Artists work within limitations all the time, but resilience can only go so far. As Auckland remains in a level four lockdown, and the rest of the country heads to delta level two, anything beyond short term is frustratingly uncertain. What is clear is this: Without proper support, the issue won’t be getting audiences to come out to shows, it’ll be having artists to actually go and see.

READ:  The Friday Poem: what the fuck is an Ockham, by Dominic Hoey
Shares
Share This
Finance Advice 2021