During lockdown, the vinyl boom became a bonanza. Chris Schulz tracks how that’s affecting local artists, stores and collectors.“Do you have any Lorde?” Chris Hart, the owner of Real Groovy, is calling across his stockroom to Grant McAllum, the music buyer for the long-running Tāmaki Makaurau store. He’s checking to see if Real Groovy’s expecting […]

“Do you have any Lorde?” Chris Hart, the owner of Real Groovy, is calling across his stockroom to Grant McAllum, the music buyer for the long-running Tāmaki Makaurau store. He’s checking to see if Real Groovy’s expecting to restock the Kiwi pop star’s first two records, Pure Heroine and Melodrama, any time soon.

I’d called him after checking Real Groovy’s website only to find they were long gone. On Trade Me, one Christchurch seller had Melodrama listed for $575, which seemed excessive. Are they coming soon? “We don’t know,” McAllum tells Hart. “We don’t know,” Hart repeats to me.

Hart confirms Real Groovy has a handful of copies of Solar Power, Lorde’s new record, in stock, but they’re unsure about supplies of her older albums. It could be weeks until they arrive – months, even. “There are no expectations,” says Hart. Maybe $575 isn’t so excessive after all.

Lorde’s sell-out is just one example of many records that, because of a vinyl boom during lockdown, are no longer available in Aotearoa. Record stores around the country are experiencing a massive surge, meaning new releases are disappearing as fast as stores get them in. Second-hand records are just as popular.

That’s had a flow-on effect. Major artists are delaying album releases because of hold-ups at pressing plants. “Worldwide, there’s a six-month wait,” confirms Southbound Records’ Jeremy Stothers. He won’t have Tom Morello’s new record on vinyl until March, yet it’s released digitally next month. Even a member of Rage Against the Machine can’t jump the pressing plant queues.

Neither can Ladyhawke. A few days ago, the Kiwi singer-songwriter took to Instagram to tell fans she was delaying the release of her new album, Time Flies, until November, because vinyl wouldn’t be pressed in time. “It’s not a decision made lightly but as a fan of music, it’s important to me that vinyl is available for everyone at release,” she wrote.

Everyone, it seems, has become a discophile. Bored music fans who can’t go to gigs during lockdown are snapping up vinyl like there’s no tomorrow. It’s the one bright spot in an industry blighted by lockdowns. Concert venues are shut, artists can’t perform, and tours are being postponed and cancelled every day. Vinyl, however, is on the rise.

READ:  The year’s best NZ comedy might be a revived reality show about business

“It’s crazy,” says Roger Marbeck, the owner of Queen Street’s Marbecks. Like every other store owner spoken to for this story, he’s having trouble getting his hands on supplies. “One of the biggest problems for us all is getting the product here from overseas,” he says. “Freight is around five times more expensive and that’s … if you can even get the product on a plane.”

Hart agrees, saying he hasn’t seen anything like this since CD players were released in the 1980s, clearing shelves of albums released in the newfangled compact disc format. “It’s a phenomenon,” he says. Yes, kids are getting into it, but Hart also believes the boomer generation is pulling their dusty boxes of records out from the basement and getting hooked again. “People are getting into the whole zen of putting on an album during lockdown.”

It’s first-in, first-served, says Hart. If you see a copy of Dire Straits’ Brothers in Arms, you should probably snap it up. Same goes for The Beatles’ Abbey Road, or Pink Floyd’s Dark Side of the Moon. “[There’s a] huge appetite for nostalgic faves,” says Jeremy Taylor, who runs Wellington’s Slow Boat Records and has seen a similar spike in demand. Lately, he’s been selling a lot of 90s stuff: “Nirvana, Portishead, Pearl Jam and Oasis.” 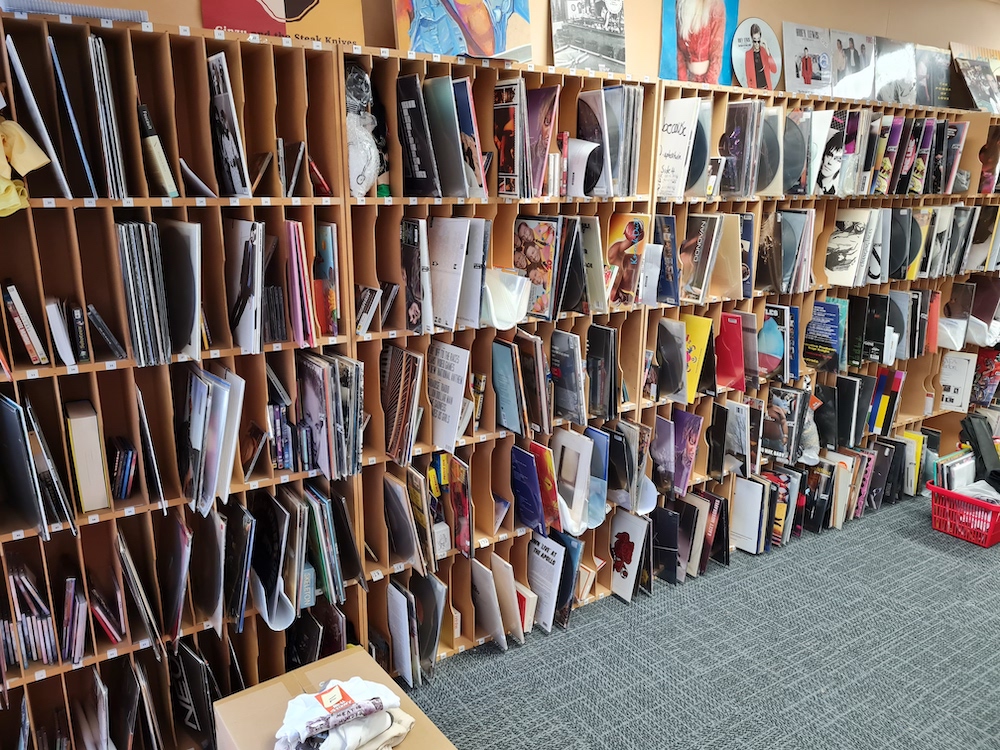 The boom isn’t just limited to locked-down Auckland, where record stores can only operate online. Other overseas cities in various stages of Covid-19 limitations are sending business Taylor’s way too. “We’re still getting lots of orders from locked-down places like Victoria, New South Wales and of course Auckland, as people use their downtime wisely to peruse records,” he says. “I guess it also gives [people] something to look forward to.”

That’s why I’d been looking for Lorde’s back catalogue. On a boring night in alert level three, I scrolled through Real Groovy’s website and added a few items to my cart: Billie Eilish’s new album for my daughter, Soundgarden’s Badmotorfinger for me, and Kanye West’s My Beautiful Dark Twisted Fantasy to make up for the disappointment of Donda. Distracted, probably making infinite snack packs for the kids, I returned the next day to find the digital “sold out” sign was up – all those albums had been snapped up by another eager buyer.

Real Groovy’s website warns that “popular items sell out fast” and to “get what you love before it’s gone”. Even so, I called Hart to find out what was going on. “It’s absolutely flat-out,” he told me. “The system is pretty much stretched to its max at the moment.” He warned customers he couldn’t guarantee stock supplies. “If you see something, you can’t think twice,” he says. “We could be selling twice as much if we had it.”

In the early days of level three, Hart says courier vans would show up twice a day to be filled with boxes of purchases made through Real Groovy’s online store. Vinyl is their biggest seller, and the increasing demand is turning everyday albums into collectibles. Hart uses Fleetwood Mac’s Rumours as an example of the backlog at pressing plants. “They’ll press 10,000 of them and a week later the distributors will have sold out,” he says.

Yet it’s not just records selling well. Real Groovy’s sending out three turntables a day, some costing upwards of $3,000. Hart warns shortages could be coming for those too. Customers with bigger collections are also learning how to care for them. Ultrasonic vinyl-cleaning machines – basically a water blaster for dusty records – are popular, despite costing up to $1,499. Real Groovy is selling one a day.

Other music paraphernalia is disappearing too. T-shirts featuring “classic bands” like Led Zeppelin, David Bowie and Metallica are in high demand. So are biographies, even posters. Hart sounds flustered, so I let him put the phone down and get back to fulfilling all those orders. A couple of hours later, he emails me back. “The madness continues,” he says. “We’ve already sold our three turntables for today … it’s not even five o’clock yet.” 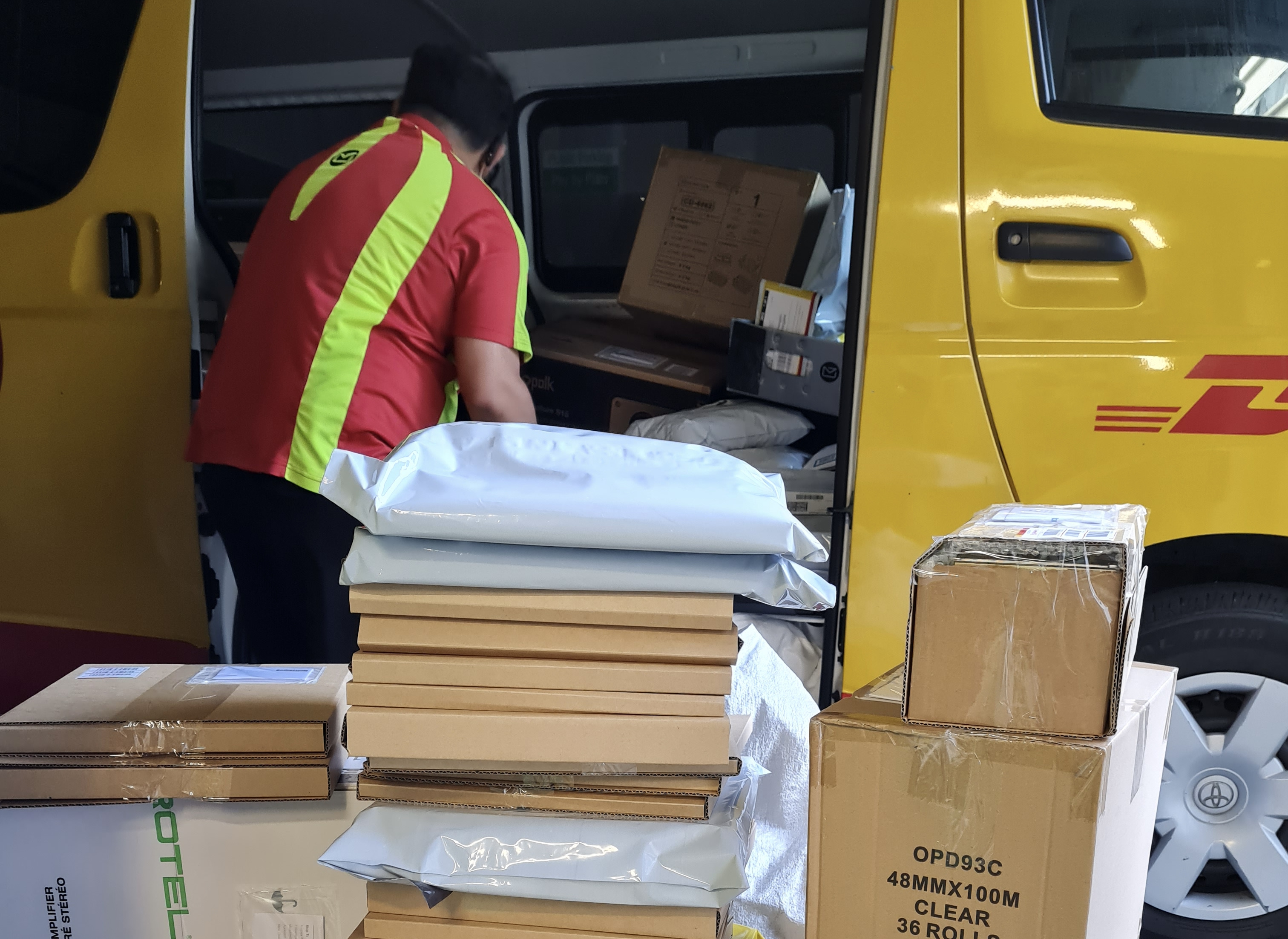 Everyone wants brand new records to show off on social media, but that’s led to a boom in second-hand sales – especially local ones. “New Zealand pressings are oddly desirable,” says Taylor from Slow Boat. Flying Nun’s back catalogue is in hot demand, as are records by Upper Hutt Posse, Strikemaster, The Body Electric and The Front Lawn. He warns anyone who has a pristine copy of Great Unwashed’s Singles seven-inch could “name their price”.

READ:  Hands off our Hairy Maclary!

On Trade Me, I found Shihad’s The General Electric going for $135, and The Naked & Famous’s Passive Me, Aggressive You for $150. Then there’s Homebrew. A second-hand copy of the rap group’s 2008 debut EP Last Week has a leading bid of $754. Just 200 copies were printed, and the auction’s photo shows Real Groovy’s original price sticker of $23.95.

Tom Scott, the group’s founder, expressed outrage on Twitter, calling the seller a “prick”. Viewers of the auction also expressed dismay. “What percentage of this Trade Me sale is going towards the artists?” asked one. The seller responded: “When you sell a house, do you give a percentage of your profit to the person who built it?”

Jeremy Stothers knows why someone’s willing to pay so much for a rare Homebrew record. As the owner of Southbound Records, on Auckland’s Symonds Street, he also imports and distributes records to other stores, and has seen a massive demand for the “weird and wonderful”. Sun Ra’s Spaceways, released for the first time in 2016 for Record Store Day, is in big demand. Only 2,500 were pressed, and customers ask Stothers if he can source it. He tells them no. “You had your chance to line up four years ago.”

Heavyweight pressings, which can sound much better than ordinary records through the right audio system, are also being snapped up. They can cost three times as much as a regular LP. “You’re talking $135 or $145 for a copy of the Sam Cooke Collection,” says Stothers. “I’ve got one. It does sound incredible. Demand for those things far exceeds manufacturing to massive levels.” All this makes vinyl collecting sound like a terrifying proposition.

Stothers tells me he’s been packing up orders all morning and sending them as far as Dunedin, Christchurch, Westport, Napier and Whanganui. Aphex Twin’s Selected Ambient Works has come back in stock, so he’s been sending those out, plus a re-release of Everything But the Girl’s Eden.

He’s also just received 30 copies of the late British rapper MF Doom’s Mm..Food, a classic hip-hop release from 2004. “I wanted 200,” Stothers says. “They couldn’t ever make enough to satisfy demand.” At $59.95 each, most of his stock has already gone, but he says there are “a couple left”.

Like Lorde’s first two albums, Mm..Food is a record I’ve been trying to eat up for my vinyl collection as well. As soon as Stothers hangs up his phone, I quickly log on to Southbound’s website to nab one. Surprise, surprise: when I get there, they’re already gone.