Good morning and welcome to The Bulletin. In today’s edition: Kabul falls to the Taliban within a day, government won’t save Lower Hutt birthing centre, the delta variant keeps knocking at the border.The west’s 20-year war in Afghanistan is over. After tens of thousands of casualties, a bill that is well over $1 trillion and two […]

Good morning and welcome to The Bulletin. In today’s edition: Kabul falls to the Taliban within a day, government won’t save Lower Hutt birthing centre, the delta variant keeps knocking at the border.

The west’s 20-year war in Afghanistan is over. After tens of thousands of casualties, a bill that is well over $1 trillion and two decades of effort, Afghanistan’s government evaporated Monday morning and the Taliban flag is flying over Kabul again. All that remains of the forever war is the capital’s international airport, now protected by hastily deployed American and British troops attempting to keep the runway open.

New Zealand has joined an international effort to mount a mass evacuation. Stuff reports that the government is deploying a military transport plane to the region to help evacuate hundreds from the fallen capital. At the top of the list are 53 New Zealanders in the country, as well as 37 local Afghans who helped the defence force during its years of fighting. More locals may be added in the coming days. The final list, including immediate family, could be in the hundreds.

This will be an incredibly difficult operation for the world’s governments. There was absolute chaos at the airport on Monday, according to live reporting from The Guardian. Thousands of people ran onto the runway, trying to board military cargo planes. As military transports landed, soldiers ran out of the planes to join troops on the ground, with civilians running in to take their seats. Airlines are no longer flying into the airport, which is now in the centre of a war zone.

New Zealand’s cabinet has approved one month of evacuation flights. However, air marshal Kevin Short conceded yesterday afternoon in a press conference that the “security situation” likely won’t last that long. The Taliban’s sweeping victory defied expectations that former president Ashraf Ghani’s government could hold on for months. Instead, Ghani fled the country the same day the Taliban surrounded the capital. Yesterday he was the country’s leader, now his Wikipedia entry says he was the president of a country that no longer exists.

Afghanistan’s collapse has spread fear through the country. George Driver spoke to an interpreter who worked for the defence force in Afghanistan for a decade. It’s a deeply personal story of people on the run, whose lives have been upended in a country that has been more-or-less at war since the 1970s. Stuff has a similar story about a 26-year-old refugee worried about her parents who are still in Afghanistan. More stories are sure to appear in the coming days.

What the west calls the war in Afghanistan started less than a month after the 9/11 terrorist attack. An initial military alliance, including the US, UK, NZ, Canada and Germany, quickly toppled a Taliban regime that had harboured terrorists. Most of the fighting was done by locals, freeing themselves from a fundamentalist government.

Over the past two decades, Afghanistan fell off the front page of the news. The fighting was serious, but often less so than a military misadventure in Iraq and Syria’s civil war. The end game started in 2014, when western countries started pulling troops out, shifting from fighting the Taliban to training local replacements. New Zealand’s last soldiers left in May of this year. The US was expected to leave at the end of this month, letting a 16-year-old Afghan government take over. That government, both corrupt and inept, collapsed before the last American troops could leave.

The most important words belong to an Afghan woman. She’s anonymous, because she can’t tell the world who she is anymore, though only days ago she was a reporter. She’s 22-years-old and on the run because she’ll likely be killed if she’s found. Her words tell the story of what’s happened and what’s to come:

My whole life has been obliterated in just a few days.

I am so scared and I don’t know what will happen to me. Will I ever go home? Will I see my parents again? Where will I go? The highway is blocked in both directions. How will I survive?

Minister says closure of Wellington’s only non-hospital birthing facility is upsetting. But the NZ Herald reports associate health minister Ayesha Verrall adding that she won’t get involved after the Lower Hutt facility was marked for closure, because it was a choice made by the DHB. A few days before Emily Writes uncovered the plan to close the centre, I held my neighbour’s three week old baby who was born there. The mother had been telling me what a great experience she’d had. The DHB says closing it is a funding decision.

READ:  All you need to know about the new stock exchange for smaller NZ businesses

Invercargill mayor Tim Shadbolt says council staff are reading his email. The saga from last Tuesday’s council meeting continues in the Otago Daily Times. At a closed council meeting last week Shadbolt was confronted with comments he’d emailed a reporter earlier in the day. The problem was, his comments hadn’t been published yet. The deputy mayor, who challenged the mayor at the meeting, said it isn’t important how they got the email. Video of the meeting, where Shadbolt became confused at times, led to discussion about whether he should go.

Every dollar our members contribute directly funds our editorial team and is devoted to ensuring we do more. Support the team. Donate today!


100% of recent Covid-19 cases at the border were the delta variant. According to Stuff, all 79 cases detected in MIQ between July 19 and August 9 were the highly infectious variant. The government has warned a level four lockdown could be necessary to stop delta from spreading.

In the midst of a rebuild, Oranga Tamariki’s chief executive has taken leave for health reasons. Newsroom reports that Sir Wira Gardiner was brought in to fix the ailing agency earlier this year. The government had lost faith in his predecessor, Grainne Moss, after she oversaw a policy of uplifting Māori babies. Gardiner is now taking time off to care for his health and it isn’t clear when he’ll return. 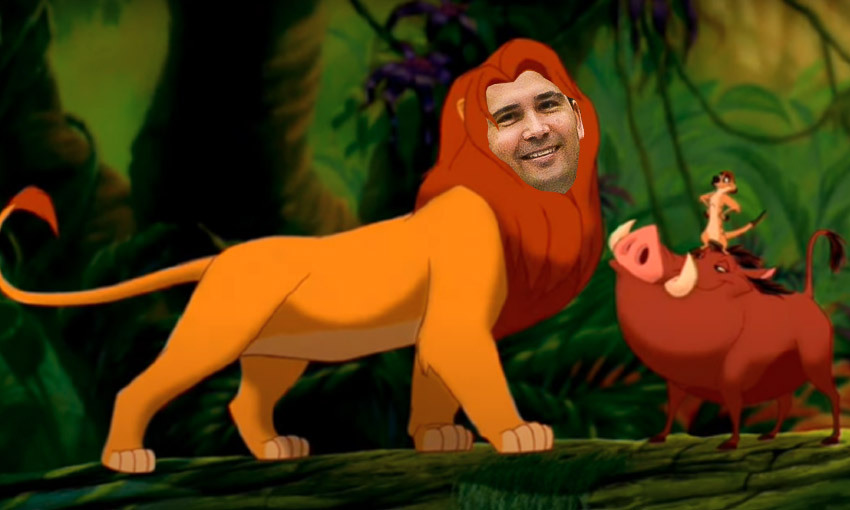 Right now on The Spinoff: Danyl Mclauchlan interviews Simon Bridges about his new book and whether he’s got any leadership dreams at all. W Ingles, a pseudonym, writes from inside government about the OIA system and how it can be saved. Sleep week continues with Josie Adams probing the demons of her dreams. Oli Lewis finds that Wellington airport’s giant Gandalf is staying put, even if Amazon is sending Lord of the Rings to England. Peter Bale, in a special Bulletin World Weekly, has a compendium of expert thought on Afghanistan’s collapse.

For a feature today, climate change and a cup of coffee. Extreme weather events, like drought being replaced by once-in-a-generation frost, are causing coffee prices to fluctuate wildly around the world. Covid-19 disruptions are making it worse. Newsroom has a look at how this could impact your morning flat white for years to come. Here’s an excerpt:

Coffee is a delicate plant, mostly grown across the tropical belt, and doesn’t put up with harsh weather, MacFadyen says. Brazil’s wild weather has also affected other crops like sugar and orange crops…

As with most agricultural industries, MacFadyen says the medium to long term future for coffee is “a bit scary” because of global warming restricting where coffee can be grown.

A tiny, rectangular piece of cardboard, worth several Auckland homes. The world’s most expensive baseball card sold for $6.6 million (that’s US, or nearly $9.4 million in NZ) on Sunday. While most people have never heard of Honus Wagner, ESPN writes that the man’s card is a Mona Lisa of the sports world. Take a moment and get lost in a world where this all makes sense.