Good morning and welcome to The Bulletin for Friday June 11. Apologies for the delay, my alarm did not go off. Really! In today’s edition: The fallout from the nurses strike, Nick Smith leaves parliament with an apology and a protest targeting cyclists is slammed. Nurses and DHBs are back to the negotiating table after this […]

Good morning and welcome to The Bulletin for Friday June 11. Apologies for the delay, my alarm did not go off. Really! In today’s edition: The fallout from the nurses strike, Nick Smith leaves parliament with an apology and a protest targeting cyclists is slammed.

Nurses and DHBs are back to the negotiating table after this week’s strike saw 30,000 health workers off the job for eight hours. Glenda Alexander from the NZ Nurses Organisation told RNZ that it was not just about pay, and improving work conditions was just as important. “They’re kind of interwoven [pay and conditions]. If we don’t pay people what they’re worth, what the job is worth, they’re not going to stay and we’re not going to get new people into the nursing workforce,” said Alexander.

The DHBs say they are “keen to close gaps” in the areas that nurses think are lacking. Spokesperson Jim Green said previous negotiations had addressed “many of [nurses] requirements” and DHBs were looking at would could be done next. “We’ve made offers around all those areas – we’ve made a pay rise increase of up to 8 to 12% and of course there’s the pay equity settlement that will be coming in on top of that as well,” he said.

Meanwhile, there are reports this morning of empty beds at Christchurch Hospital because of a lack of nurses. Unnamed sources at the hospital said that resources were stretched and the workforce was at breaking point. 19 beds were sitting empty across the hospital last week, according to RNZ. “There’s only so much you can keep asking people to step up and do more with less and that’s usually less of us to do more for the number of patients that we have through the door on any given day,” said one unnamed nurse.

National MP Nick Smith has apologised for voting against the legalisation of gay marriage during a valedictory speech capping his 30 years in parliament. Smith left parliament abruptly following an investigation into a “verbal altercation” in his office – the details of which remain mysterious. During his final address to the house, Smith said said he “got wrong” his 2013 vote against the marriage equality bill. “The error is all the more personal with my 20-year-old son being gay,” he said. “I wish to put on record today my apology to New Zealand’s LGBT+ community. I pay tribute to Louisa Wall, Fran Wilde and Amy Adams for their leadership that has improved the lives of my son and thousands of other New Zealanders. I also acknowledge Jenny Shipley’s courage as the first PM to attend a Gay Pride parade in 99.”

The apology was met with a mix of responses. Green MP Chloe Swarbrick thanked Smith, but with a caveat. “Applaud Nick Smith for recognising the rights of gay New Zealanders, even if it took his family’s experience to get him there,” she wrote on Twitter. “Saddened that he hasn’t got there yet on evidence based drug law, and hope it doesn’t take a devastating personal experience, like many have had, to change tack.”

That led to a bit of a back and forth on Twitter, unsurprisingly. In response, National MP Chris Bishop said: “Aka ‘Nick Smith did a good thing but I am going to try as hard as possible to put the boot in anyway’”

After speaking, Smith gave a series of interviews alongside his 20-year-old son Logan. Speaking to Newshub, Logan said he was proud of his father for stepping up. “I’m just really proud of it and just really proud that he’s manned up and acknowledged he got it wrong in the past.” On TVNZ, Logan said he was never worried about telling his father. “I knew he had changed his views already and I knew he has been a supportive father all along the way,” he said. “I think it’s just important to demonstrate people can learn and their views can change as an example to other people.

So, did we ever get the truth about why Smith quit/what the impending story about to break was? In short, no. The now ex-MP wouldn’t comment when asked by media.

Quarantine-free travel to Melbourne has been paused for a further week out of an abundance of caution. As we reported in our live updatesyesterday, travel to Victoria will continue to stay restricted despite the lifting of lockdown in greater Melbourne. “[The] advice from New Zealand public health officials is that the travel pause should continue despite the “overall risk to New Zealand” being low, said Covid-19 response minister Chris Hipkins in a statement.  “The government is taking a precautionary approach in continuing the pause, which will be reviewed again next Wednesday.”

There were no new community cases of Covid-19 cases in New Zealand with one in MIQ, but the situation remains tense across the ditch.Queensland recorded two new local cases of Covid-19 after a couple travelled to the state from Melbourne. The couple’s trip took them via New South Wales, with health minister Brad Hazzard saying there was now a “serious risk” of an outbreak.

Become a member today to help us analyse and uncover the new New Zealand. Click here for more information on how you can support The Spinoff.

A planned protest against cycle lanes/cyclists has drawn criticism for allegedly inciting violence. As David Farrier wrote on his Webwormsubstack yesterday, the “liberate the lane” event is set to see protesters occupy a cycle lane in Auckland over the weekend. While the wording of the Facebook event led some to believe that cars would be driven down the cycle lane, organiser Beinn Chapple-Law later claimed that people would be walking on it. Chapple-Law wrote:

Zero violence will come from our side at the event, although I am concerned for the safety of those joining me as cyclists can be extremely short tempered and violent, especially when people call them out for breaking the rules.

Obviously, the protest is in response to recent action by cyclists that saw a lane of the Auckland harbour bridge closed off to vehicles.Speaking to TVNZ last night, Chapple-Law said that protest was an example of privilege. “If we saw that in South Auckland — and these weren’t privileged, white males and females that were from Ponsonby, Herne Bay area attacking police — there would be people arrested, maybe even tased,” he claimed.

In media news, it was a big night for Newstalk ZB at last night’s radio awards. The talk station was awarded the coveted station of the year award while breakfast host Mike Hosking once again took out the award for broadcaster of the year. Marcus Lush was named Best Talk Presenter (outside Breakfast and Drive), political reporter Barry Soper took out best news journalist and Aaron Dahmen won best new broadcaster – journalist.

Finally, a slightly indulgent inclusion in today’s Bulletin: a piece I wrote. Residents in Ellerslie are calling for action after a never-ending spate of mail thefts. One person I spoke to said their mail was tampered with everyday for two years. If you know anything about this, or have any anecdotes, please get in touch with me.

READ:  New Israeli Prime Minister Naftali Bennett: “I’ve killed lots of Arabs in my life and there’s no problem with that”

Got some feedback about The Bulletin, or anything in the news?
Get in touch with me at stewart@thespinoff.co.nz 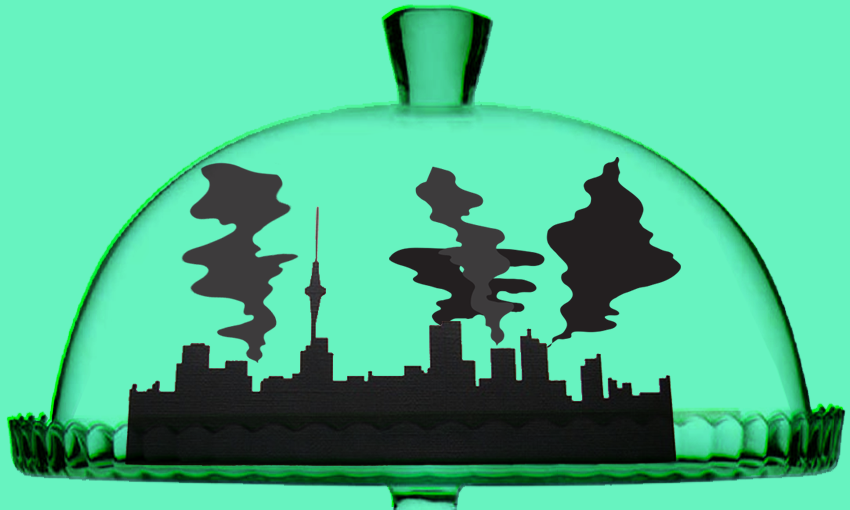 Right now on The Spinoff: Books editor Catherine Woulfe tries, and fails, to like Meghan Markle’s new book. Bernard Hickey argues that businesses will have to forge ahead on their own to slash emissions. Tara Ward recaps episode nine of season four of The Handmaid’s Tale. And I report on the frustration from Ellerslie residents about mail theft in the suburb.

In sport: Olympic rowing champ Mahe Drysdale has announced his retirement from the sport. The Herald reports that Drysdale, who is 42, failed to make the team for this year’s Tokyo Olympics. Drysdale began rowing for Auckland University at the age of 18, before his first Olympics in Athens in 2004.

That’s it for The Bulletin. If you want to support the work we do at The Spinoff, please check out our membership programme. Have a wonderful weekend and I’ll be back again on Monday (don’t worry, Alex is back soon). Bye for now.