Good morning and welcome to The Bulletin. In today’s edition: Auckland’s spreading delta cluster, the US eyes a third dose of the Covid vaccine and the reserve bank holds the line on rates, for now.“We’re expecting more.” Auckland’s delta cluster is growing and as the prime minister warned yesterday, more cases will be coming. Early evidence is […]

Good morning and welcome to The Bulletin. In today’s edition: Auckland’s spreading delta cluster, the US eyes a third dose of the Covid vaccine and the reserve bank holds the line on rates, for now.

“We’re expecting more.” Auckland’s delta cluster is growing and as the prime minister warned yesterday, more cases will be coming. Early evidence is a mix of positive and concerning. Wastewater testing has shown no sign of a large-scale outbreak, but as RNZ reports, experts say the delta variant linked back to New South Wales could have been spreading for the past two weeks in the community.

Potentially many more. I was struck yesterday by director general of health Ashley Bloomfield’s assertion that up to 120 cases might have existed in the community on Tuesday, when the first case was detected. That number came from expert modeller Shaun Hendy. He told The Bulletin that the estimate has since been revised down to about 100 cases. That’s not the expected final size of the cluster, just where it stood before lockdown.

Hendy warned there won’t be a quick exit. While the entire country will be in level four lockdown until the end of Friday at least, the size of the cluster and the infectiousness of the delta variant means an extension is likely. “We’re talking about weeks at alert level four to contain this outbreak,” he said. He was referring only to Auckland at this point “but it might change” if cases are detected elsewhere.

The flat at the centre of the outbreak. A flat of four young professionals have found themselves in the middle of this story. One of the flatmates, a man, works with the 58-year-old tradesperson from Devonport who first tested positive on Tuesday. He also lives with a nurse, a teacher and another man. The two women are sisters and their father shared a number of details with Michael Neilson from the NZ Herald.

The link to the border is, at the moment, unclear. Of the five cases announced yesterday afternoon, health officials said a woman in her 60s tested positive and “has a connection to the border”. It’s not yet known if she has links with the nine prior reported cases. If a firm connection can be made to the border, modelling for the size of the outbreak could be significantly reduced. Uncertainty between when the virus arrived and the first case was detected is one of the reasons the number of possible cases is so high.

Locations of interest now go back to the start of August. The ministry of health is casting a wide net in Auckland covering dozens of locations across the city. If you’ve been in Auckland over the past few weeks, just give them a look.

As the 48 hour deadline looms, planes fill. People have until the end of today to get home before a 48-hour travel window closes. Stuff has the story of one place where thousands are waiting to get home: Queenstown. Air New Zealand is mobilising larger jets than usual in an attempt to fly 5,000 people home before the deadline, but the airline has warned it might not get everyone out. It’s a window into the way this virus continues to disrupt lives, in both small and large ways.

It’s a far cry from a week ago, when the government hosted a reopening forum. The country’s top epidemiologists spoke confidently about the possibility of relaxing border restrictions to a packed Wellington room where no masks were present. On Monday, Sir David Skegg spoke to this newsletter about how masks diminish quality of life. That conversation is no longer theoretical. Yesterday, everyone inside the Beehive was wearing masks and keeping an appropriate distance, while outside, the streets of the capital were largely deserted. At least three anti-lockdown protests were busted by police across the country. The Spinoff’s live updates captured an absolutely wild day. A visual guide to the first seven cases in the delta cluster.

We are doing our utmost to keep you updated on all Covid-19 related coverage this week. Every dollar our members contribute directly funds our editorial team and is devoted to ensuring we do more. Click here to learn how you can support the team today.

US to require third Covid jab as booster. As New Zealand’s vaccination programme gets back underway today, the White House is preparing to announce that a third jab will be required from next month, the Washington Post has reported. There has been some concern that in some cases the Pfizer vaccine has started to wear off, so the booster will come after eight months. The science on this is still uncertain. The CDC said last month that the shots weren’t necessary, while the WHO has asked rich countries to hold off while most of humanity hasn’t had a single dose.

READ:  Meet the day traders playing by their own investing rules

Creating safe spaces for Māori vaccination. The jab campaign is going to be a marathon. Some people will get vaccinated by their GP or in a community clinic, others will be at more festival-like atmospheres or their marae—some of this might change with level four lockdown. Alice Webb-Liddall (partner content) writes about a University of Otago project to bring more warmth to the vaccination effort.

The reserve bank holds rates due to Covid surge. An anticipated increase to the official cash rate didn’t come as the reserve bank decided to wait to see what happens with the current outbreak. Call it a postponement, not a cancellation, according to the NZ Herald (paywalled). Economists across the major banks now expect a hike before the end of the year, citing the country’s inflation rate. Mortgage rates might stay a little lower for a little longer.

The great ute rush is on. Farmers Weekly reports that thousands of utes are being sold every month before a new emissions tax takes effect in January. Overall sales are up 40% compared to last year. That’s over 24,000 utes sold during the first seven months of the year, compared to nearly 17,000 a year earlier. Sales are expected to only accelerate. 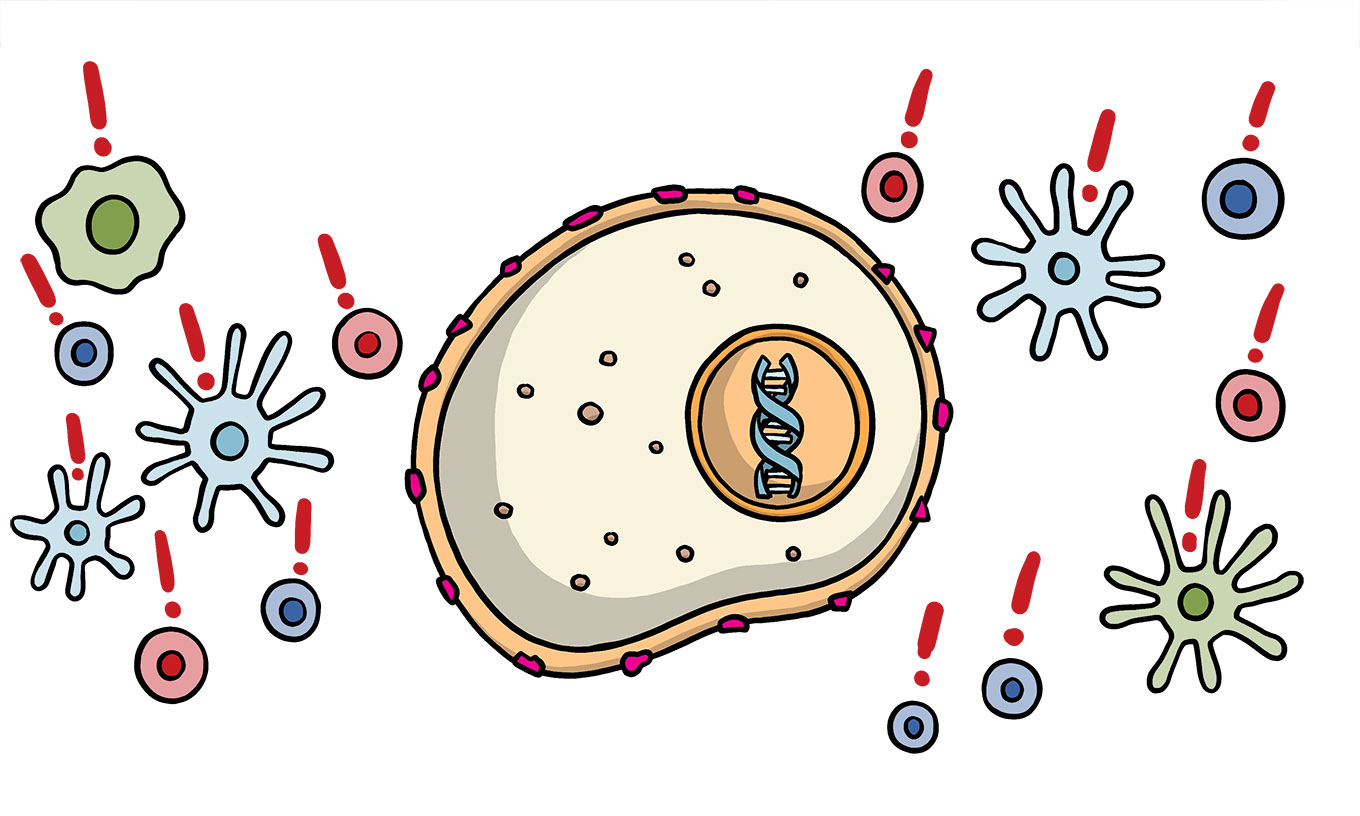 Right now on The Spinoff: Siouxsie Wiles and Toby Morris explain the science behind breakthrough cases, when a vaccinated person becomes infected. Andrew Chen finds that up to 80% of NZ needed to use contact tracing for it to be effective, before this outbreak only 10% were. Catherine McGregor looks at the world’s response to New Zealand’s lockdown, which ranged from bemused to suspicious. Laura Walters writes about how Afghan women will resist a new Taliban. Sleep week continues with Emily Writes explaining how she lives without sleep, not by choice.

For a feature today, you may have never heard of Waymo, but that will one day change. The company is part of Alphabet’s empire, a part of which is Google, and is trying to dominate self-driving cars. Bloomberg has written that the company is 99% of the way there, with a car that really can drive itself almost all the time. That last 1% has so far been next to impossible to crack.

Joel Johnson laughs nervously from the backseat when his self-driving taxi stops in the middle of a busy road in suburban Phoenix. The car, operated by autonomous vehicle pioneer Waymo, has encountered a row of traffic cones in a construction zone, and won’t move. “Go around, man,” Johnson says as he gestures to the drivers honking behind him.

After the vehicle has spent 14 mostly motionless minutes obstructing traffic, a Waymo technician tries to approach—but the car unexpectedly rolls forward, away from him.

After over 500 athletes tested positive for Covid at the Olympics, Paralympians are stepping it up. RNZ details the safety protocols being undertaken by Team NZ before the games start next week. The athletes and support staff have been split into bubbles, only interacting with people in their sport and accomodations. It’s stricter than the guidelines set out by the organising committee, but the health concerns are real.