The New Zealand-shot show about a hybrid-human child journeying through a post-pandemic world hits some familiar plot beats – but its optimistic sweetness is all its own, writes Casey Lucas.The first responses to the trailer for new Netflix series Sweet Tooth often tended to include a dubious note: Do we really need a pandemic story […]

The New Zealand-shot show about a hybrid-human child journeying through a post-pandemic world hits some familiar plot beats – but its optimistic sweetness is all its own, writes Casey Lucas.

The first responses to the trailer for new Netflix series Sweet Tooth often tended to include a dubious note: Do we really need a pandemic story now of all times? In its defence, it’s worth mentioning that the series began production in 2019, before any of us had heard of Covid-19, and is adapted from Jeff Lemire’s graphic novel which came out six years ago. What serves as an even greater defence of the show’s post-pandemic premise is its execution. Sweet Tooth is a unique story set in a world worth exploring, regardless of its eerie similarities to our present.

A decade after the societal collapse known as “the Great Crumble”, a virulent flu strain has wiped out millions, unravelled the structures of civilisation, and confronted humans with a strange new fork in their own evolution: as the disease spread, “hybrids” began to be born to human parents. The babies, who feature varying degrees of mutation causing them to resemble common animals, are wholly inexplicable, and due to their arrival concurrently with the virus – referred to here as “the Sick” – they quickly become targets.

It’s a familiar-feeling setup, but here’s Sweet Tooth’s point of difference: unlike most other post-apocalypse dramas, this series has a warm, tender heart – one that serves as its lodestar rather than a plot device to reinforce the writers’ cynicism. 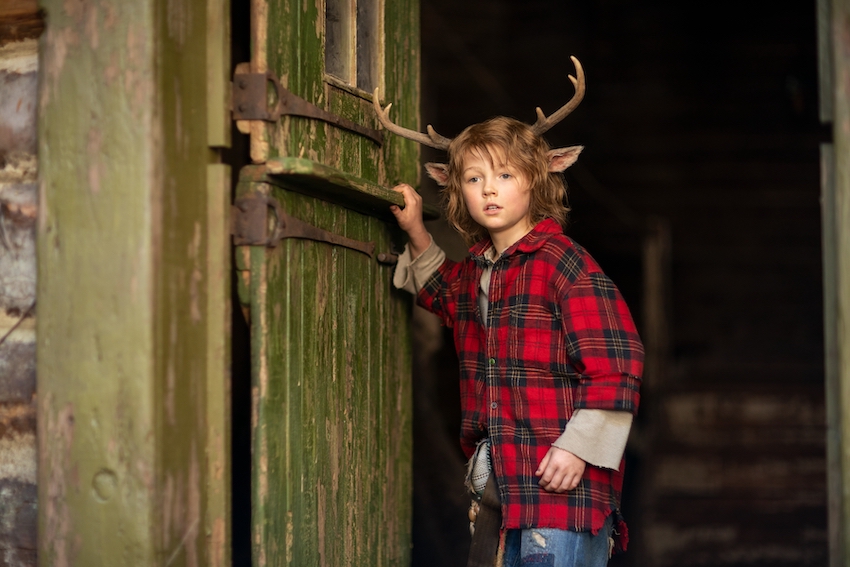 The show’s early hours linger on the slow, quiet life of Gus and his father. They live a quiet life in a colour-saturated woodland straight out of a storybook. Gus, portrayed with note-perfect exuberance by newcomer Christian Convery, grows from toddler to boy, learning how to work his homestead and the rules he must follow if he is to keep himself safe. Again, this setup will be familiar to fans of both apocalyptic dramas and fairy tales, and the turns the plot takes are telegraphed so obviously they are likely visible from space, but it didn’t stop me enjoying this gentle prologue to the story.

Where Sweet Tooth stands out is in its willingness to luxuriate in these unhurried moments. When Gus is inevitably separated from his father, when he begins to bond with other characters, and when viewers begin to experience the show’s world through his wide, optimistic eyes, the show never hurries. Whether it’s the way the camera deliberately lingers on its dramatic landscapes (familiar as the golden hills of Central Otago, the snow-dusted peaks of the South Island’s national parks, and even a grunged-up Rainbow’s End) or how the narrative allows for many small, soft conversations between Gus and the characters he meets on his journey, Sweet Tooth is at its best when it takes things slow.

As Gus sets off for Colorado to find his mother, his path crosses with a former American football player whom he dubs Big Man (Nonso Anozie, in an absolute stand-out performance). Big Man and Gus make reluctant companions at first, but the characters of Sweet Tooth, much like its audience, inevitably give in to Gus’ wide-eyed charms and boundless curiosity. Their arc together is gentle and at times quite funny, and serves as an example of what speculative fiction does best: exploring the bonds people forge as they navigate the struggles of today by way of imagined futures. The show’s pacing does struggle some as the lens zooms out and we’re introduced to more of the world. Still, there are intriguing, well-wrought b-plots alongside Gus and Big Man’s journey, like that of a doctor (Adeel Akhtar) fighting to keep his plague-infected wife alive long enough to find a cure. Dr. Singh and his wife (a charming, sly-eyed Aliza Vellani) live in a gated enclave where residents have managed to salvage some semblance of traditional suburban order, but it’s a plot thread that sparkles with menace, an excellent contrast to the sweetness of Gus’s relationship with his friends on the road. Two sides of the same coin, Gus and Dr. Singh’s stories both explore how people grow toward and protect each other in the face of disaster, and the traditions people cling to when the structures of their lives fall apart. Sweet Tooth focuses on grief and the act of grieving with a poignancy that can feel as hyperreal as its colour palette.

As it enters its second half, the show loses some of this emotional edge as its plot takes a more familiar post-apocalyptic turn: there are roving militias, an evil general, warring gangs, a mysterious cure that may or may not exist, and of course a main character who was lying to the others all along about his backstory. There are a couple episodes in the middle where Sweet Tooth is in danger of losing its way amid all the tangled plot threads, but any time the frame focuses clearly on the journey of Gus and Big Man, it grounds itself once more.

Many of the show’s major set pieces take place in liminal spaces between the natural world and the urban: settings where humans have attempted to care for nature in our own way, often by caging it. National parks, visitor’s centres and zoos all play a prominent role. But likewise, the show focuses on how many of these locations are spaces between youth and adulthood, as well. Characters live in the safety of fenced-off parks and zoos, only emerging from behind their gates in response to the forces that threaten their lives. Children grow and get their first tastes of teenage independence in a series of encounters at cultural borderlands that then become literal borderlands. 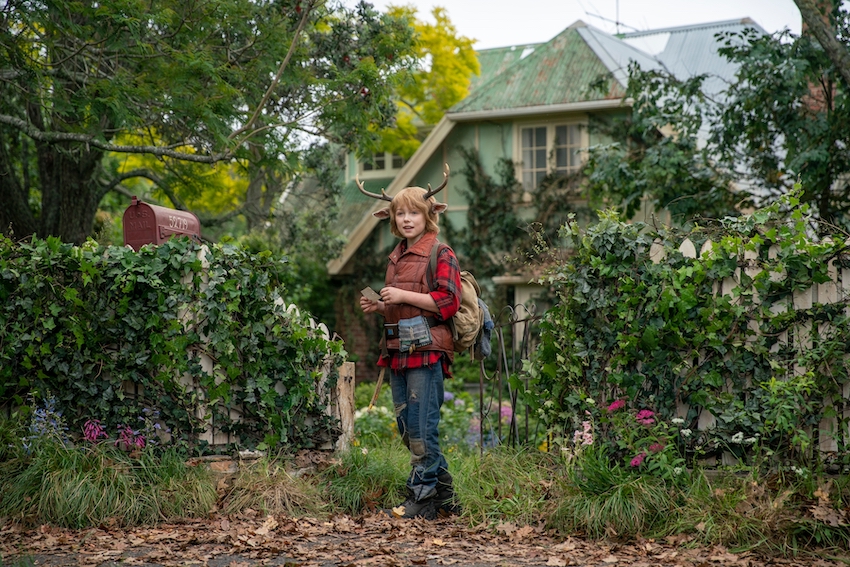 The ending of season one is a big, somewhat frustrating cliffhanger. I’d hoped we might get more payoff for all that journeying and all those well-crafted but distracting digressions into side characters’ backstories. But the fact that the cliffhanger elicited disappointment rather than a frustrated eye roll says a lot. For all the pacing problems it stumbles through, this series knows where its heart is at, and by the end of it, so will viewers.

There is something in Sweet Tooth for almost anyone: those who have had fleeting adolescent friendships that helped shape them but didn’t last; those who have lost a parent or just lost touch with them; those who feel threatened rather than comforted by the trappings of suburbia; or those who simply want to watch a great story unfurl through a beautiful, detailed world populated by characters that, while sometimes a little archetypal, are never uninteresting.

While Sweet Tooth is certainly older child-appropriate, for all its fantasy elements and CGI animals it still tells a vividly human story for adults. Don’t go into it expecting a riveting, realistic apocalypse drama. Instead allow yourself to be drawn into the pages of its storybook, to enjoy a tale that’s a bit more Brothers Grimm than Stephen King’s The Stand. Your weekend will be warmer for it.

‘The parallels were freaky’: Toa Fraser talks to David Farrier about making Sweet Tooth in New Zealand during a pandemic