A video circulating on social media last week had a message that hit home for many: some survivors of sexual harm would rather take their chances than endure retraumatisation through a cervical screening test. For this reason, the announcement of funding for a self-administered HPV test could mean the difference between life and death.Contains discussion […]

A video circulating on social media last week had a message that hit home for many: some survivors of sexual harm would rather take their chances than endure retraumatisation through a cervical screening test. For this reason, the announcement of funding for a self-administered HPV test could mean the difference between life and death.

In February, they released a moving spoken word poem about their experiences with conversion therapy in the church. Then, when Labour MP Kiritapu Allan announced her stage 3C cervical cancer diagnosis in April, Thompson-Browne was faced with their past trauma as a sexual harm survivor, and the fact that the only procedure available to screen for cancerous cervical cells was one that wasn’t one available to them without severe retraumatisation.

They voiced their frustration on Instagram, which was met with more than 100 responses from other survivors who shared their anger and pain. Then, last week, Thompson-Browne sat down and recorded a 10-minute video that laid their frustration about cervical screening bare. Joined by friends and supporters, some survivors themselves, they talk about the inaccessibility of healthcare, retraumatisation, and being dismissed by medical professionals. “How are survivors meant to maintain agency over their bodies when disempowerment is the cost of entry to healthcare?” they ask. “Smear tests are not accessible and they are callously disengaged from what it means to be a complex, hurting, traumatised human.”

READ:  The rich got richer in last year’s lockdown – and now it’s set to happen again

Along with more than 7,000 others, Thompson-Browne had signed a petition to put pressure on the government to fund self-administered testing for human papillomavirus (HPV), the cause of almost all cervical cancers. It has been known since at least 2016 that the HPV test is more effective than the current cervical screening programme for New Zealand women. Self-administered testing has already been adopted by England, Sweden, Norway, Denmark and Australia.

On Sunday, health minister Andrew Little and associate health minister Dr Ayesha Verrall announced that the government’s 2021 budget would include funding of $53 million for self-administered HPV testing, to be implemented by 2023.

Thompson-Browne says while they don’t feel they could do the self test immediately without retraumatisation, they may be able to a few years down the track, and it will “make it accessible for a lot of other people”. 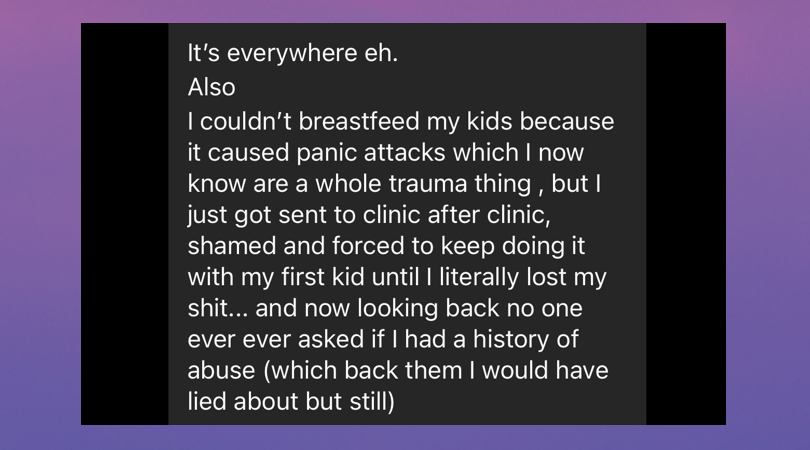 Watching Thompson-Browne’s video is a raw experience, and they ultimately hope it will be seen by healthcare professionals.

“I’m not against smear testing,” she tells me from her home in Ōtautahi. “I’m against how outdated and out-of-touch it is as a practice, as well as the whakapapa of it. When I put my rant up, a few people messaged me with the whakapapa of the speculum.”

They’re referring to the device that is inserted into patients, which was invented by a surgeon named James Marion Sims in 1845 in the American slave-owning south. Sims performed experimental surgeries without anaesthesia on enslaved women. His findings form the basis of modern gynaecology, and the design of the speculum itself hasn’t really changed since.

“I spoke out about it partly because of Kiritapu being diagnosed, because that was like, what? She’s so young! It was so devastating. And with that came a huge rush of people publicly saying ‘Get tested!’ and then it came to an inevitable frustration for me, of feeling powerless and trapped, and unable to access the current way of testing.

“I looked at my two options, and they were: relive your trauma, or run the risk of dying. Those are two really awful options.”

They say that not only have they chosen to accept the risk of death, but they were contacted by many others who felt the same way.

“So I thought – what are we doing about that? How are we holding the medical industry to account, and telling them we need them to do better?”

“I’m presenting it in a way where my humanity is not something you can ignore for the purpose of speaking over me with facts and statistics. I want them to sit and listen, just pause for a second and think about how outdated the system is.”

Unlike some of the people who reached out, whose experiences included panic attacks and fainting, Thompson-Browne has never had a smear test. They’ve received healthcare for other things, but don’t see the point in even broaching the subject.

“It’s not a space I would even feel comfortable talking about it in. And I have wondered if that discredits me from even speaking on this. But I can’t get a smear, so why would I go to a doctor to talk about that, knowing they will do everything in their power to change my mind? There’s nothing they can do to change it unless they can give me a better option.”

READ:  SPECIAL REPORT: Housing – We can’t build our way out of this housing affordability crisis 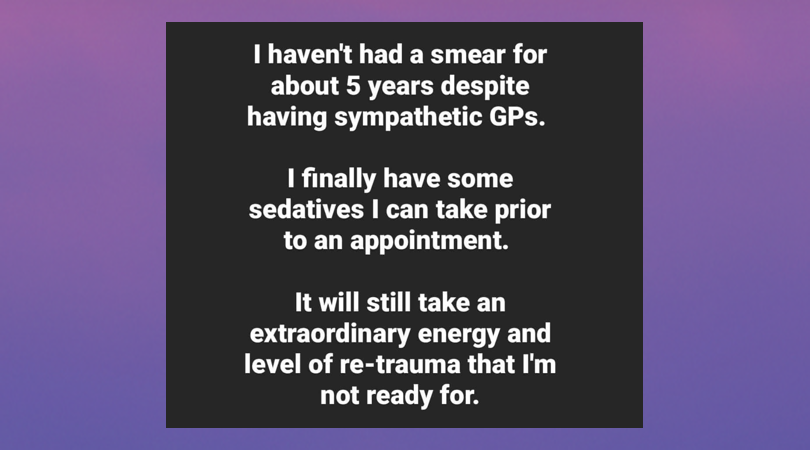 They say it wasn’t just sexual harm survivors who reached out. Messages flooded in from people who have experienced birth and surgery trauma, disabled people and people with chronic illness, and those who had experienced racism, misogyny and fatphobia in healthcare. “I wouldn’t have spoken out it if I didn’t have so many people reaching out and saying ‘This is me too’. It was very heavy sitting with everyone’s mamae, and I needed somewhere to put that. So even though I could only speak on my experience in the video, that’s why I added the part, ‘What about… what about people like this, and this?’, as an invitation for anyone who inhabits any of those realities to then share their own experiences.”

With the new test still a couple of years away, and knowing that Māori women have a higher risk of death from cervical cancer, Thompson-Browne says they will wait, along with many others, for an alternative to come along.

Cervical cancer is preventable through screening and early detection.

If you have a Community Services Card, all appointments at Family Planning are $5, or a standard cervical screening appointment is $40.

You can also find some free pop-up clinics here, or through your local DHB.

If you need help regarding issues raised in this story, please consider contacting any of the following organisations: