After a faltering start, Popstars is now the show that the audience deserves, writes Sam Brooks.Look, I stand by every word of my initial Popstars review. Based on the first week of episodes, we were looking down the barrel of nearly two months of drama-free reality TV that felt like a retread of the exact […]

After a faltering start, Popstars is now the show that the audience deserves, writes Sam Brooks.

Look, I stand by every word of my initial Popstars review. Based on the first week of episodes, we were looking down the barrel of nearly two months of drama-free reality TV that felt like a retread of the exact thing it was trying not to be: another talent show.

It was not Popstars as we remembered it. It lacked the momentum, it lacked the one-man hurricane that was Peter Urlich pushing for not just the success of TruBliss but his own music biz career, and it lacked the freshness that made the original must-see TV. We’re in 2021, we’ve seen a million shows where competent singers sing nice songs. We needed something more.

Three weeks on, we’ve got something more. It’s still not Popstars. But it’s actually good. Sometimes, it’s even great. 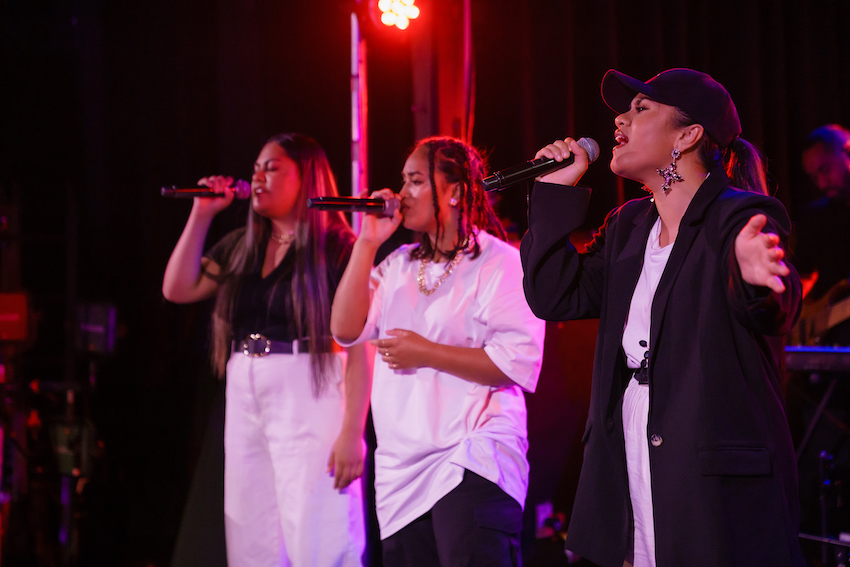 The big reason why the initial episodes of Popstars didn’t work was that it was too much, too soon. There were too many contestants to connect with in the first round of auditions, and they were presented to us in a way that didn’t necessarily showcase their best talents. In the weeks since, the contestants have been whittled down to a top 12, and we’re starting to form connections with them, from Christabel’s struggles with her ADHD to Amber Carly’s almost preternatural chillness, and all the insecurities and challenges in between. They’re not just contestants, they’re characters we’re invested in.

And, for the most part, they’re really goddamned talented – both as performers and songwriters. The standout, for me, is Le ART, a girl group who are stars straight out of the gate. They’re absolutely boss songwriters, know their style and know how to work with each other in a way that elevates them above the rest of the competition. The three self-described “broke, brown girls” from Porirua even excel when they have to collaborate with the other contestants, showing what makes each of them special while uplifting the others. Even if they don’t win – and no spoilers here, I have no idea who goes home and who doesn’t – they’re going far.

That’s the general feeling I have about most of the contestants. Peti Filimoehala has a once in a generation voice. TJ Zimba is going to be a producer for the stars sooner rather than later. Skye Hine, who flies a bit under the radar to start with, comes to her first live show with the kind of performance that would catapult her to stardom on a Jools Holland type series. Popstars got the incredible talent both it and the audience wanted. It’s just unfortunate that those first four middling episodes probably prevented many potential fans from sticking with the show.

The live performances are the main reason to tune in, obviously, but what’s most fascinating to me are the challenges the contestants are given each week. While they initially seemed like an odd fit – there’s no way most of these people are going to need to do K-pop style choreography in their career – I quickly realised their utility. As an artist, part of moulding who you are and what you want to do is figuring out what you’re not and what you can’t do.

For example: the poster design challenge, hosted by New Zealand’s reigning poster kings Phantom Billstickers, ends up being less about design and more about figuring out how the contestants want to present themselves to the world. It’s an important lesson for a popstar, and hell, any adult, and to see these kids wrangle with that is really great TV. Breaking big is about image as much music, and artists exploring the line between their true personas and how they want to be seen is something audiences don’t often get to see first-hand. 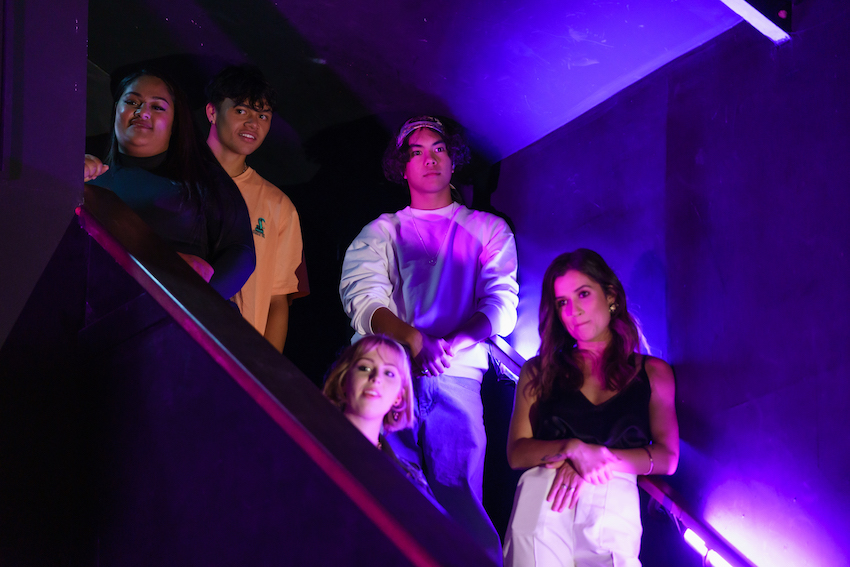 Some of the contestants for Popstars at Auckland’s Galatos venue. (Photo: TVNZ)

Unfortunately, the panel – Kimbra, Nathan King, Vince Harder – still aren’t a natural fit for the format. They simply don’t have the kind of onscreen chemistry that really helps the audience connect with them, and by proxy, the contestants. The panel should be a mirror, or at the very least a window, for the audience. They need to reflect the kind of conversations we’re having in front of the screen at home, but through the lens of actual industry experience. We need to be able to turn to the person next to us and exclaim, “I agree with Kimbra!”.

Their banter, and their criticism, is still too pleasant and polite. They rarely step out of line with each other, and when they do, it’s quickly moved past. The harshest they’ve gotten so far is when Kimbra said, nearly approaching an emotion adjacent to anger, “I don’t want them relying on their instruments if they’re not practised enough!” Those moments shine, but they’re few and far between.

Still, if you’ve stayed away from Popstars, now is the time to tag onto the train. The challenges are compelling and insightful, the performances are absolute knockouts, and the show is starting to do what the original Popstars did so well: remind us there are human beings behind the pop. Being a popstar isn’t just about being a musician. It’s about being the kind of human that can put aside some parts of themselves, hold onto others, and run into the spotlight at full speed. In its best moments, Popstars looks straight down the barrel of the camera and asks us: “Do they have what it takes? Tune in and find out.”

Popstars airs Mondays through Wednesdays on TVNZ2 at 8:30pm.