They’re seen as a chance to lock in a price before the property market rises even further, but many first-home buyers are being stung by unforeseen costs, reports Phil Pennington for RNZ.The rapid rise in the price of materials such as bricks, timber and steel, of up to 50% in the past year, is pressuring […]

They’re seen as a chance to lock in a price before the property market rises even further, but many first-home buyers are being stung by unforeseen costs, reports Phil Pennington for RNZ.

The rapid rise in the price of materials such as bricks, timber and steel, of up to 50% in the past year, is pressuring builders to invoke escalation clauses within so-called “fixed price” contracts.

A lawyer warns there is no such thing as a fixed-price contract, and buyers need to beware.

Master Builders is warning companies not to remove clauses in contracts that allow them to raise prices even after signing a deal.

Lucy McPherson, 25, and her partner Ben Butterick signed up in July for a $545,000 build yet to begin in Selwyn near Christchurch.

They thought by going rural they had got a good deal on a four-bedroom house-and-land package. But already the price has risen by $7000 – and the sleepless nights have kicked in.

“You just don’t know what to do,” said McPherson, who works in marketing.

If what they end up paying breaches a cap of $550,000, they will not only have to pay the extra but will also lose their HomeStart grant.

“I just can’t imagine having to finish your first home, and then turn around and pay back not only extra costs that you didn’t know were going to pop up, but also that HomeStart grant which is such a big help to first-time buyers like ourselves,” she said. 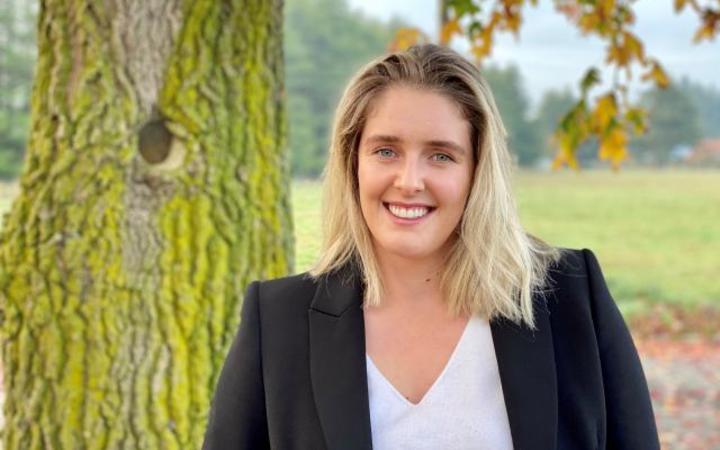 Lucy McPherson says the the cost of her first home is going up and resulting in sleepless nights. (Photo: Supplied)

Their bank had pre-approved up to $550,000 – but was “strongly, strongly” advising them not to go ahead.

READ:  Queer-affirming therapy is the future of Rainbow mental health

“They gave us the very stern warning that they have seen many cases like this that have spiralled out of control” – cases where cost over-runs had hit $60,000-plus, McPherson said.

A mortgage broker told RNZ about two similar-sized over-runs she had seen recently in Auckland.

“If someone came up to me today and said, oh, I’m a first-time buyer, should I build new?’ I’d say, ‘absolutely not, don’t even bother’,” McPherson said.

The couple is eligible to get the maximum $20,000 HomeStart grant due to pouring all their savings into KiwiSaver. Under the HomeStart rules, you must have been contributing to KiwiSaver for a minimum of three years to be eligible for the grant.

“Years and years ago, we were sold this idea of KiwiSaver and how wonderful it was to put all this money into it for years and you’d be all set to go to buy your first house.”

Now, KiwiSaver was just a “chokehold around your neck”, she said. “We absolutely regret putting money into KiwiSaver for that purpose”.

Their builder had told them that Registered Master Builders Association’s advice to him weeks ago was not to offer a fixed-price job.

The standard Master Builders’ contract has a provision covering price fluctuations, but builders have been known to remove it. Master Builders Association chief executive David Kelly has warned against that.

“We recommend builders exercise caution before removing these clauses given the current environment,” Kelly said in a statement.

READ:  The Future Of Act: Climate Change Cannot Be Stopped, But It Can Be Ridden.

Global disruption forcing up material costs was “making it very difficult to determine exactly how much a build will cost”.

“The key for builders is to communicate and be upfront and honest with their customers. Provide realistic timelines and cost structures and talk openly about the risk – then together you can manage this.”

However, Christchurch property lawyer Prue Miller said home buyers were bearing too much of the risk without realising it.

She said she even had to tell banks that the regular “fixed-price” contracts that they demanded from customers almost always allowed for cost “adjustments”.

“There is and has never been such a thing as a fixed-price residential build contract,” she said.

Previously, Miller would strike out any escalation clauses she came across, and builders “would never argue” – but the goalposts were shifting. “Now they certainly would [argue].”

Kelly said buyers should talk to their builder and designer, and be clear about their budgets.

McPherson has been told they can come in under $550,000 if they build only two or three bedrooms, not four. But she worries this would give the builder licence to go to the maximum of $550,000.

“There’s kind of no protection. It’s so uncertain.

“Months ago we were being encouraged to build more houses … blah, blah, blah. Now, it’s been made so hard.”