While everyone waits with bated breath for the next episode of Mare of Easttown, Alex Casey is hung up on a very different Kate Winslet episode. It feels like you can’t go anywhere without hearing someone talk about Kate Winslet’s cop drama Mare of Easttown at the moment. “Who killed Erin?” a fellow train passenger shrieked, […]

While everyone waits with bated breath for the next episode of Mare of Easttown, Alex Casey is hung up on a very different Kate Winslet episode.

It feels like you can’t go anywhere without hearing someone talk about Kate Winslet’s cop drama Mare of Easttown at the moment. “Who killed Erin?” a fellow train passenger shrieked, frantically pressing the green button while they assessed their notepad of clues. “Are you team Guy Pearce or team Evan Peters?” a barista wailed over the milk frother. “Got any vapes for sale?” a Trade Me user commented while simultaneously bidding on a giant grey snood.

While we all lose our minds waiting for the next episode of MoE to drop, there’s another Kate Winslet episode I would like to return to that is equally as thrilling and mysterious.

It was February 10, 2013. John Key was the prime minister of New Zealand, Macklemore’s ‘Same Love’ was enjoying its third week at number one in the charts, and Kate Winslet was inexplicably in the Wairarapa town of Masterton, ravenous for handkerchief hems and affordable gold lamé belts. When she graced Pagani Queen Street (not that one) with her husband Ned Rocknroll (his real name at the time), it was a true blue Kiwi media storm (four+ articles). Many, many years have passed, but I refuse to move past this essential moment in New Zealand’s rich Winslet-based history. Why Masterton? Why Pagani? Why $300? Why was Peter Jackson there? Why me? Why anything? Who killed Erin? Let us revisit the mystery that briefly captured the nation, long before Kate Winslet was a regrowth-wielding grump with a penchant for twist-top beers and catching prowlers.

It was a sunny day, about 23 degrees, when Kate Winslet, Ned Rocknroll, Katie Jackson and Peter Jackson strolled down Masterton’s Queen Street on February 10, 2013. Stuff reported that the motive for their visit was unclear – but did note that Winslet and Rocknroll had recently married in New York. Could they have chosen New Zealand for their honeymoon? Nay, lassie. Reputable sources reported they honeymooned in Scotland at the start of 2013.

Perhaps New Zealand was their next stop to thaw out after the sub-zero temperatures of the Scottish Highlands? Perhaps they had packed so heavily for Hogmanay that they forgot their summer wares? Perhaps their good mate Peter Jackson, who owns a humble $12.8bn hobbit hole in nearby Matahiwi, had nothing but Mithril vests to lend them? Perhaps Winslet could have whipped some clothes up herself, had The Dressmaker not been two years in the future.

Perhaps… their only option was to hit the nearest shops for some fun, fast, funky fashion. 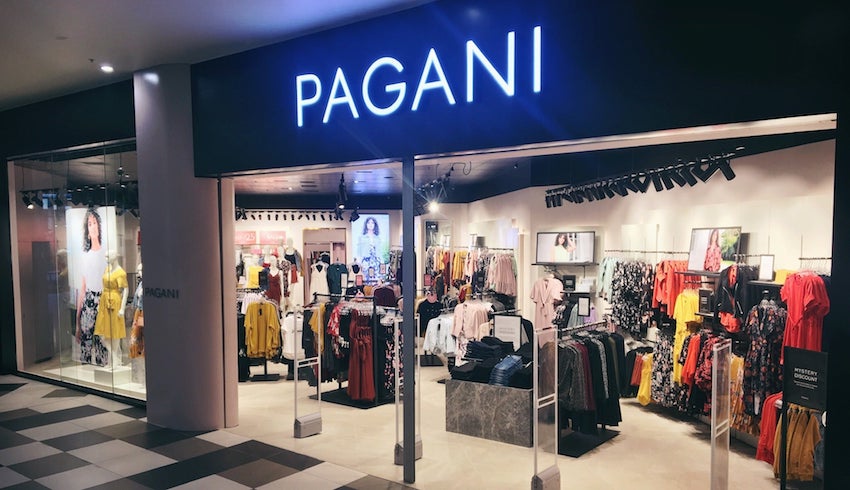 READ:  Can we save the planet by paying animals, plants and bacteria – and getting them to spend?

As someone who grew up in the Wairarapa, I’ll be the first to say that the region is not famous for its fashion. Sure, these days it might be all “Trelise Cooper this” and “tweed waistcoat on a vintage bike that” but, back at the start of the 2010s, things weren’t half as haute couture. Masterton had a Farmers, it had a Warehouse, it had a Ballentynes (note the subtle spelling difference; the storied Christchurch department store this is not), it had a Pagani. If I was a Hollywood starlet under the pump for new threads, flanked by my embarrassing barefoot mate, I’d probably march straight into a Pagani too.

At some point, Jackson and Rocknroll peeled off and left the ladies to shop while they got a coffee and a green tea at Cafe Iberia (which still operates to this day). Once she was inside the store, Stuff reported that Winslet “tried a few things on” and was “perfectly friendly” to staff. She bought two cocktail dresses – one black and one poppy print – one red short-sleeved blazer, jewellery and a pair of aviator sunglasses. “She didn’t even try the sunglasses on,” shop assistant India Kawana said at the time. The bill? $300. An example of a pair of aviators

Perhaps my favourite part of the saga is how the locals reacted in the papers at the time. India Kawana, first on the scene as the Pagani cashier, couldn’t believe her eyes. “No way, it can’t be,” she told Stuff at the time. “This is Masterton.” In the same article, local photographer Philip Brazier noted that the whole outing was pretty low-key, with Winslet dressed “pretty casually” and Jackson attracting the most attention from the public due to his “bare feet”.

Shop assistant Kawana later lamented not getting an autograph from the star, but not all the locals were as enthused. In fact, although he had devoted much of his life to moving pictures, cinema owner Brent Goodwin wasn’t about to bloody go up and bloody bother Winslet on her shopping spree. “I would rather die than interrupt their almost anonymous visit to the town,” he told the NZ Herald. Other M-town celebrities including LadyHawke, Jemaine Clement and Ben Boyce were not approached for comment. READ:  Hinemoa Elder’s book is getting the Oprah effect

Needless to say, this was the biggest thing to happen to Pagani since the invention of the statement belt. Pagani’s national manager Julia Forbes told Stuff she was happy that their “clothing ranges appeal to Kate’s eye for designer flair.” For some reason that I love and adore, stylist and soon-to-be-real-housewife Angela Stone was called upon for comment, surmising that Kate may have been motivated by the need for either a “throwaway wardrobe” or the fact that she wanted to fit in with locals.

Twitter was slightly less charitable. “Kate Winslet in Masterton, having been shopping at Pagani – next you’ll be telling me she’s eating KFC in Huntly #standardsareslipping,” tweeted one punter. “Kate Winslet just got clothes from Pagani?!? Now we don’t just share a name, but taste in scratchy, ill-fitting leisurewear,” tweeted her namesake. Others provided alternatives: “I’d have thought Kate Winslet to be more of a Max person. Isn’t Pagani all overpriced nylon formal dresses and sequinned boob tubes?”

The 2013 Kate Winslet x Pagani collaboration remains the hugest headline to come out of the much-derided chain store, save for a small controversy in 2015 when they advertised for a “fit model/receptionist”. Sadly, the Masterton Pagani branch, described as “one of the last remaining niche fashion outlets for fashion-forward women in Wairarapa”, closed down in 2016. The site is now occupied by Beds4U, committed to bringing you comfortable, brilliant-value beds, and mattresses at the lowest prices.

Although people may now visit 120 Queen Street, Masterton, to get a good night’s sleep, let us never forget the fever dream afternoon of Kate Winslet giving us one of the greatest celebrity-in-New-Zealand-moments ever committed to print. Maybe even the best tale of her career. Titanic?  Sinking ship. Heavenly Creatures? Get to hell. When it comes to epic twists and movie star budgets, Kate Winslet’s shopping spree at Pagani in Masterton is about as perfect as it gets.

READ:  Cheat sheet: How is NZ Post preparing for the future of delivery?
Shares
Share This
Finance Advice 2021