Having children and some empathetic conversations changed everything for Aaron Hendry.I grew up opposed to vaccines. Genuinely, I thought they were harmful and posed a risk to some kids. It wasn’t until I had my own kid that I was forced to reexamine what I’d previously believed.Leading up to the birth of our firstborn my […]

Having children and some empathetic conversations changed everything for Aaron Hendry.

I grew up opposed to vaccines. Genuinely, I thought they were harmful and posed a risk to some kids. It wasn’t until I had my own kid that I was forced to reexamine what I’d previously believed.

Leading up to the birth of our firstborn my wife and I began to do some reading and research. We looked at the official national and global health information; we also looked at some sources that argued vaccines are dangerous.

In the end we discovered a couple of things. For a minority of kids, there is a chance of some type of adverse reaction, from some vaccines. And that in most cases, the chances of getting the disease we would be vaccinating our kids against was far more likely, with far more deadly or dangerous side-effects, than the vaccine. And yet still, that small percentage of kids that may have suffered harm was concerning to me. What if our kid was the one? What would we do? How would we forgive ourselves?

When we finally made the decision, it needed to be one made out of love, not fear. The information that argued against the official world health information was information that was filled with fear. But I found official sources that provided both data and long-term studies giving reassuring context to the personal anecdotes that seemed to dominate the anti-vax perspective.

In the end we decided to vaccinate our kids, because though there were some risks to some kids, the risks and consequences of our kids getting the diseases we were vaccinating them against were both far more likely and far more serious.

It’s easy to write off people who aren’t vaccinated as uneducated or unintelligent. It is a common characterisation, and it’s unhelpful. People have a whole range of reasons why they don’t want to, or in fact can’t, be vaccinated.

When I leaned more towards the end of the spectrum that was opposed to vaccinations, these sorts of characterisations drove me further away from examining my own opinions further. I remember several times being asked by health professionals if I had been vaccinated and receiving scorn and ridicule, rather than patience and good information.

It won’t surprise you to learn that just made me dig in deeper.

What actually helped me reexamine my feelings about vaccination was not scorn, condemnation or shame, it was patience – being allowed the space to engage with good information, and to talk and think through my perspective without judgement. If I didn’t have that space or that time, it is unlikely that I would have been able to change my position.

When we think about people who aren’t vaccinated, we need to start by thinking about people. To remember that people have diverse thoughts and opinions on a range of things. That no person is the sum total of one idea.

We also need to remember that what might seem really clear to you might seem completely different to someone else. Our current vaccine debate has too often framed in an unhelpful way. You either believe the science, or you don’t. You’re either trust the government, or you don’t.

These kinds of absolutes lead to countless unhelpful and fruitless conversations, with each side throwing facts at each other, neither listening to one another, and with little chance of anyone changing their view.

If you have a desire to engage in this conversation, I believe it is important that we learn to listen to one another. To hear why people take a certain position. To provide space for safe, nonjudgmental, and empathetic reflection. To seek to understand one another. 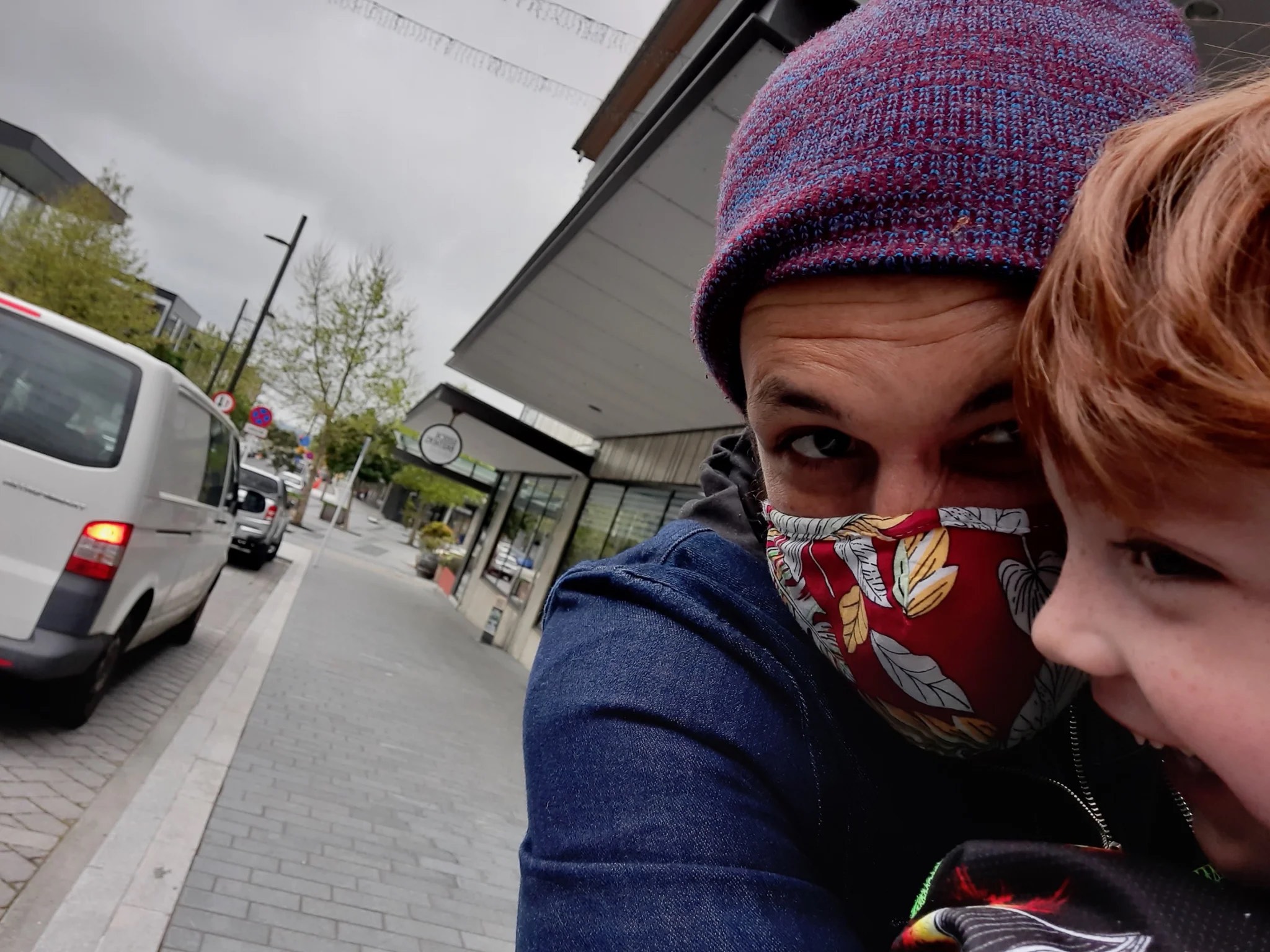 The author with his son (Photo: supplied)

As I’ve engaged in this kōrerō it has struck me that this isn’t really about the facts at all. It’s about the sources we choose to trust. And for some people who distrust the vaccine, they have legitimate reasons not to trust the sources. Some of our Māori whānau still remember a time when the government lied to them and sought to eradicate their culture. Some would say this is still going on today. Others have had hugely negative experiences with health professionals. Health professionals that gave them advice which they trusted, and then turned out to cause them harm. Others come from a religious context where fear of government and establishment is deeply embedded. Whatever the background, whatever is sitting behind that distrust of the official health advice offered, those feelings are real for the people experiencing them. No conversation progresses if we don’t learn to listen to one another.

In the spirit of this I wanted to share some of why I decided to get the vaccine.

I totally get the fear surrounding what is happening in the world at the moment. I’ve felt that fear too. The night before my vaccination I had that thought: “what if I’m one of that small percentage that suffers from a significant adverse reaction?” I knew the data shows this to be a small minority of people, but the thought, the fear, was still there. I don’t want to die as much as the next person, I want to be here for my kids. The idea of them losing me is terrifying.

READ:  Why we shower

But then I remembered that for me, this choice isn’t just about me, or even just about my whānau.

It’s about all of us.

I believe this virus is harmful. Not simply because the government has told me this, but because I have friends with whānau in parts of the world where they have been unable to control the virus. Friends who continue to lose their whānau, who tell stories of hospitals overwhelmed and grandparents waiting in hallways unattended, due to the health system being pushed beyond capacity. I believe the advice, because I know people who have Covid and I’ve heard how it’s impacted them and continues to impact them. But most of all I believe it because the data coming from around the world seems to back up and provide a larger context for these experiences.

I got the vaccine for them.