If New Zealand is going to move towards a more sustainable primary sector, then media, politicians and fringe groups need to stop stoking division, writes Laura Walters. Last week thousands of farmers descended on towns and cities across the country for the so-called Howl of Protest, a demonstration against government policies that farmers say are […]


Last week thousands of farmers descended on towns and cities across the country for the so-called Howl of Protest, a demonstration against government policies that farmers say are severely damaging the rural sector. The Southland town of Gore was gridlocked with 600 tractors, 1200 utes, and about 50 truck and trailer units. Overhead, four helicopters and a plane got in on the action. Similar scenes played out all over New Zealand. A resident of one provincial city described it as “the best Santa Parade, ever”.

To some onlookers, the protests would seem illustrative of a rural sector that is resistant to change, a far cry from the sorts of innovative, sustainable ideas – a whiskey distillery on a sheep and beef farm, for example, or an organic co-op with a reduced environmental footprint – that are celebrated on the likes of Country Calendar.

Ahead of the Howl of Protest, many left-wing politicians, farming industry bodies and even portions of the rural community itself predicted the protests would be dominated by this staunchly conservative rural minority. In anticipation of division and backlash, they distanced themselves from the protests. The ute that organiser Colin Rowse drove to the Howl of Protest in Dargaville last week (Photo: Alex Braae)

Labour MP Kieran McAnulty said he wouldn’t be joining the demonstration because he believed the sentiment behind it undermined the hard work of the majority of farmers who were keen to get ahead of the curve.

“Now is not the time to tread water,” he wrote in a lengthy Twitter thread supporting continued progress towards more sustainable, high-value production and environmentally conscious farming.

The MP, a Wairarapa farmer, said he feared the protests would undo the work to bring urban-based environmental groups and farmers together, stoking the rural-urban divide.

“It’ll make farmers look stubborn and resistant to change, which on the whole they are not. It’ll make them look like climate change deniers, which most of them aren’t.

“There will no doubt be someone that does or says something that will hurt the image of the farmers I know, and potentially, it’ll hurt how those overseas view us.”

Those who consumed news of the protest through Twitter threads, or watched the coverage on national television news, could be forgiven for thinking this was exactly what Friday’s demonstrations amounted to.

Fringe groups, conspiracy theorists and far-right political parties hitched their wagon to the movement, and it looked destined to divide, with shots of racist and misogynistic placards stealing the show.

Other coverage focused on the “ute tax”, painting farmers as out of touch. Some overly simplified reporting ignored grievances about what farmers believed was a poorly thought-out regulatory work plan (in terms of ordering, timing and some practical issues), and a government that continued to promise engagement without actually listening. 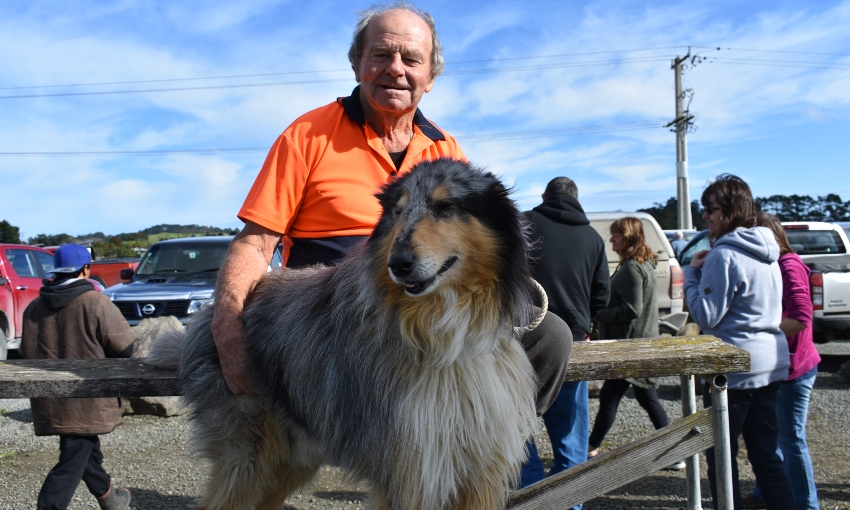 A protester and his remarkable dog at the Howl of Protest in Dargaville, July 16 2021 (Photo: Alex Braae)

But by and large, the protests weren’t what many thought they would be. They were attended by a significant portion of the country’s primary sector, and supported by people across the country, including many from urban centres.

This type of response is consistent with national polling on New Zealanders’ support of farmers. UMR surveys continue to show people have a positive attitude towards the primary industries.

READ:  As Ardern welcomes Morrison in Queenstown, what are they seeking from one other?

While the amount of farmland in New Zealand is reducing (from 15,589,885 hectares in 2002 to 13,561,175ha in 2019, or a 13% reduction), and more people now live in urban areas (84% in 2018) people’s connection with the rural and primary sectors remains strong. This goes hand-in-hand with an acknowledgment of how much this portion of the country contributes to the economy, as well as the community’s efforts to become more efficient and sustainable.

Bryce McKenzie, the co-founder of Groundswell NZ, the group that organised the protests, said that far from stoking the rural-urban divide, he hoped the protests would bring people together and start a conversation.

“One of our aims is to unite people, because if we’re not united, then we’re going to fall,” he told The Spinoff.

McKenzie, a farmer and conservationist from the West Otago Valley, said there was too much of a “beat-up” of the rural-urban divide, a problem exacerbated by the eagerness of a small minority – the conspiracists, the racists and the extremists – to hijack the debate.

READ:  Horror series Teine Sā is bringing a new kind of Pacific storytelling to the screen

McKenzie said these “rowdy factions” had dominated the public discourse for too long.

“I think we are really finding out how small of a minority they are. They’re just very rowdy, that’s all. Maybe it’s time we become a little bit more rowdy ourselves.” A protester holds up a sign saying ‘SNA – NO WAY’ in Richmond in the Tasman district at one of more than 50 events held round the country on July 16 (Photo: Andy MacDonald/Getty Images)

While Federated Farmers had been careful to stand apart from Groundswell NZ ahead of Friday’s protests, national president Andrew Hoggard told The Spinoff it was notable that people across the country had abandoned the farm for the day coming into the busiest time of the year.

“That tells me a hell of a lot of people are concerned, frustrated, annoyed, whatever you want to call it.”

Hoggard said he was “blown away” by the number of people who turned up to the protests, as well as the number of non-farming New Zealanders who waved and yelled support from the footpath.

He likened the government’s work plan to “a really bad renovation job”.

“Everyone agrees with the big picture direction, but these policies, regulations and legislation are coming out in random orders. It’s like there’s not a workplan behind it.”

When asked whether Federated Farmers had dropped the ball in its duty to be a voice for farmers in Wellington, Hoggard said they had been raising concerns with officials and ministers.

Maybe we’ve just been a little too polite. Maybe we need to be blunter,” he said.

“For the average farmer, the key point is they all want their kids to be swimming in the local rivers that run through their farms. At the end of the day we all want our farms to be better for the next generation, but we don’t want to spend all day filling in forms.”