A week ago tonight, Laura Tupou watched in horror as her last co-host on The Project was forced to leave the studio. Chris Schulz asks her how she kept her cool on a Friday night like no other.  Laura Tupou’s first thought was that her colleagues at The Project were playing a prank on her. Ever […]

A week ago tonight, Laura Tupou watched in horror as her last co-host on The Project was forced to leave the studio. Chris Schulz asks her how she kept her cool on a Friday night like no other.

Laura Tupou’s first thought was that her colleagues at The Project were playing a prank on her. Ever since a level four lockdown had been announced, Tupou and co-host Jeremy Corbett had been joking about what would happen if one of them was taken out with a Covid-19 scare. Mainstay Jesse Mulligan was already isolating at home, and they’d axed the fourth guest host spot for safety. Hosting duties rested squarely on the two of them.

“Jeremy was like, ‘You know, you could be the last person standing,’” says Tupou. “‘Maybe it’ll be ‘The Tupou Show.’” The gag was that a single host is basically an unthinkable prospect for a live weeknight show usually filled with four big personalities: Mulligan, Corbett, Tupou, and a guest role that changes every night. Together, they build banter, crack jokes, and have a laugh, and things are especially loose on a Friday night. 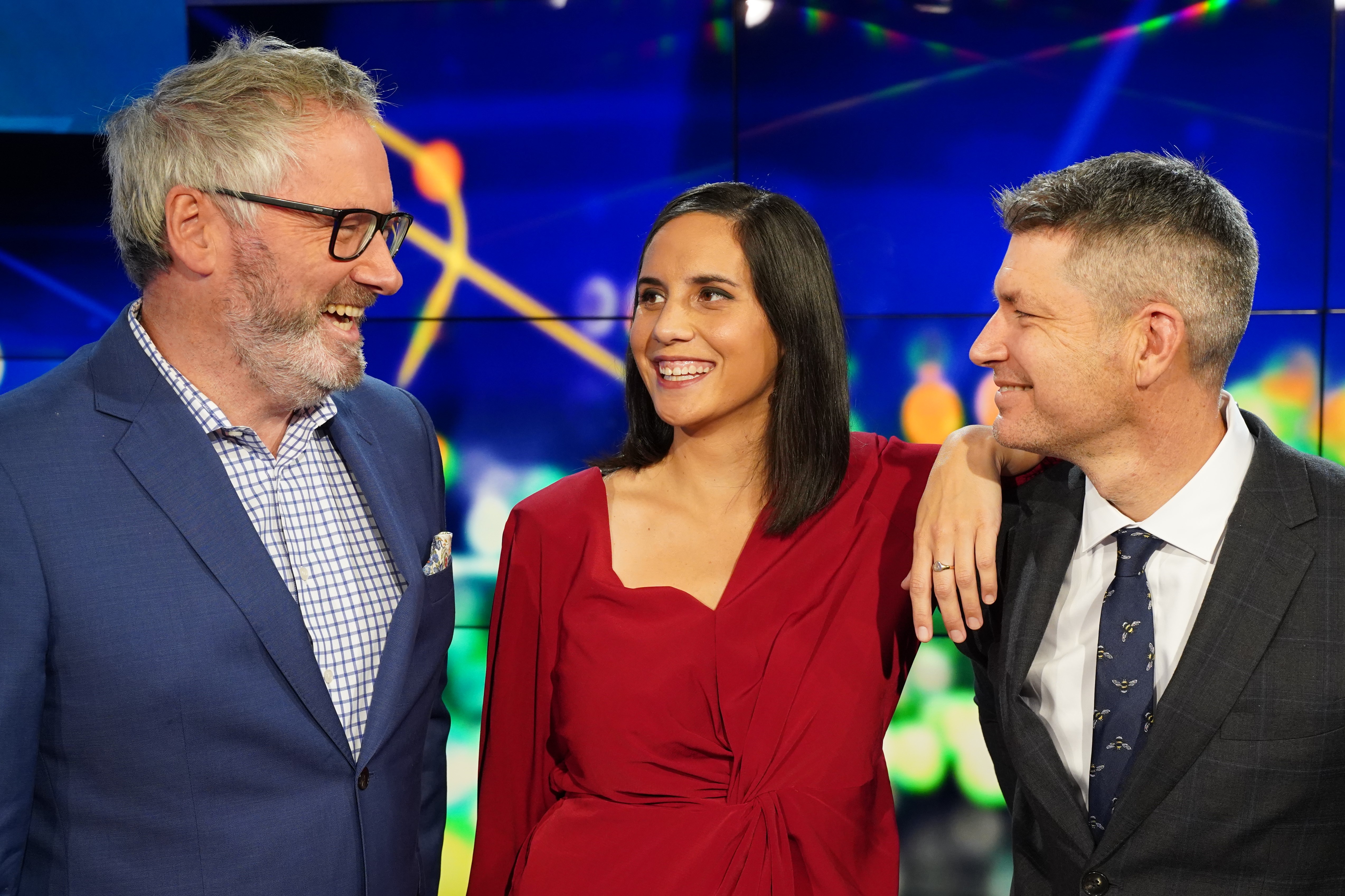 Then, last Friday night, it happened: Corbett received a text message saying he had been at a location of interest and was required to isolate, walking out of the studio just minutes before airtime. Tupou was left on her own, with one of the most complicated half-hours of live current affairs television she’d ever faced ahead of her, and absolutely no one to do it with.

Here’s how the night unfolded…

6pm: Tupou and Corbett begin their rehearsal, running through the night’s entire episode word-for-word. Gags are worked out, conversation flows are sorted, timing issues resolved. Everyone knows their place. Despite Mulligan being forced to sit the episode out, and the live audience axed, the rehearsal runs smoothly, although Tupou says The Project was already down one key staff member. “Our autocue person just disappeared,” says Tupou. “We were trying to read something in rehearsal (and there was) no autocue. She just got pinged.” Corbett, who had set his phone to silent for the rehearsal, misses several calls. 6.40pm: Corbett is sitting at The Project’s desk, completing some last-minute prep, with his suit on and his laptop open. He checks his phone: there’s a text message. A few nights earlier, he’d MC’d a Bayley’s Realty awards night at Spark Arena at which a Covid-19 case had been confirmed. “Time froze, then I said out loud, ‘I’ve got a curve ball,’” says Corbett. “Everyone knew straight away what it meant. That was it. I was untangled from my mic and out the door within minutes.”

Corbett heads straight to a testing centre, then home. Tupou’s on her own. “I was thinking, ‘Oh my gosh. What the heck? I don’t know how I’m going to do this by myself,’” she says. “I thought … Ha ha – great joke guys. Come back now.” Ironically, the exact same thing had happened at The Project’s 7pm competition Seven Sharp on the same night, with Hilary Barry leaving her Seven Sharp co-host Jeremy Wells to fend for himself. She’d been at an event at Spark Arena too, but on a different night. The Herald reports she left TVNZ “in a hurry”.

6.50pm: Tupou’s first hurdle is a live cross to promote that night’s episode with Newshub at 6 host Melissa Chan-Green. The script, which included banter with Corbett, was thrown out and Tupou winged it. “I can’t chat with myself – that’s insane,” she thought. Instead, she decided honesty was her best option. “I’m on my lonesome tonight,” she tells Chan-Green. “We’re dropping like flies.” Behind the scenes, The Project producer Jon Bridges is frantically calling in favours, trying to find someone who can help Tupou out. “We were trying to figure out what we’re going to do,” says Tupou.

6.55pm. Tony Lyall, The Project’s head writer, is still at his desk. By chance, he’d put together The Project’s opening segment, a humorous piece about what do while sitting in the lengthy Covid-19 test queues. Lyall grabs his laptop, runs downstairs to The Project’s purpose-built studio, throws a suit on, and rushes through hair and make-up. A script is thrust into his hands. He has just minutes to prepare before going live. Tony Lyall had just minutes to prepare to host The Project. Screengrab: ThreeNow

7pm: “It’s just me here – little lonely Laura,” says Tupou as Newshub at 6 host Chan-Green crosses to her again. “Literally, like, 10 minutes ago, Jeremy got pinged.” That night’s episode of The Project, one unlike any other, has begun. As she introduces the first segment, Tupou jokes: “Let’s trial ‘The Tupou Show’. Off-camera, Lyall continues trying to consume every line he has to deliver that night. Because they’re written for Corbett, many have to be thrown out.

7.03pm: Lyall sprints onscreen, jumps in Corbett’s chair and plugs in his laptop. He stretches and says: “It’s lovely to be here.” When Tupou complains that Lyall should let her run the show on her own for a little longer, Lyall replies: “There were a lot of people out there saying, ‘Hurry up, hurry up, hurry up.’ It was very stressful.”

7.06pm: Despite only learning about his hosting duties 15 minutes earlier, Lyall handles Corbett’s Isolation Update – a series of funny home videos – with aplomb. When they cross to a Sydney correspondent to compare the country’s different lockdown responses, Tupou fills Lyall in on what’s coming up. “It was the most complicated (episode) I’d been involved in,” she says. She decided the best course of action was taking it one segment at a time. “There were so many moving parts.”

7.10pm: During the first ad break, Tupou tells Lyall what’s coming next: news headlines, a piece filmed in Queenstown pre-lockdown about driving in the snow, and a live cross to entertainment reporter Kate Roger with some TV binge options. “That’s kind of how we got through it,” says Tupou. “We were just like, ‘OK, you just say whatever, I’ll just react to whatever you say.’ And that’s sort of what we did. It was quite different to the rehearsal.” After some banter about using half a block of cheese for a bowl of spaghetti, Tupou slams her palm on the desk and declares: “This is a great show!”

READ:  The Bulletin: 100 cases could exist as delta cluster spreads 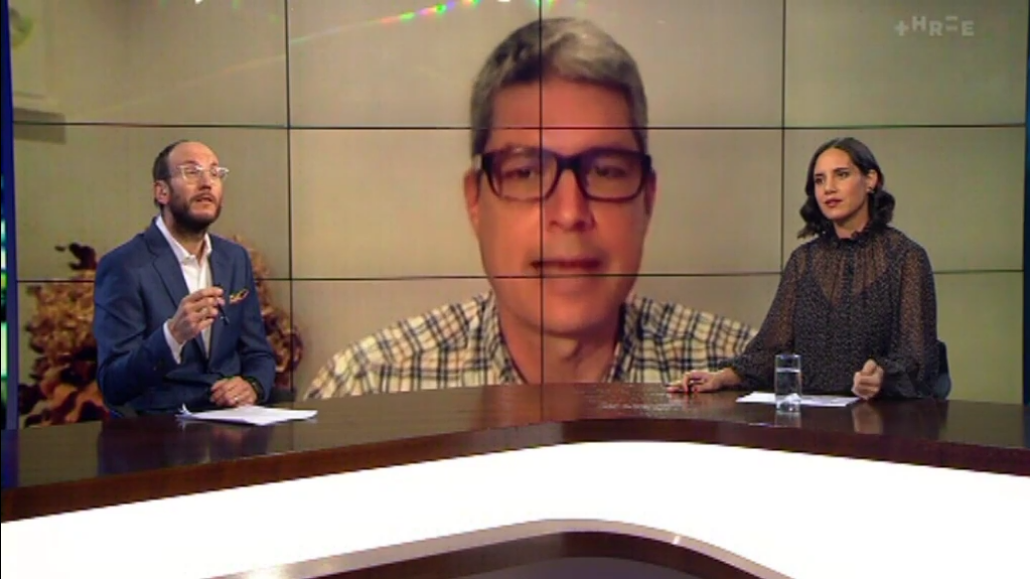 7.20pm: “Is this supposed to happen?” asks a confused Lyall as Mulligan’s voice floats into the studio like an appearance from God. Clearly Lyall didn’t quite finish reading his script. Mulligan’s here to do his regular ‘Scenes of New Zealand’ segment, revealing a series of social media posts that are totally Kiwi-as. Remotely, isolated, Mulligan dances the hosts into the second ad break.

7.25pm: “What the heck is going on?” asks Tupou as Corbett’s face Zooms into view after the ad break’s over. “It’s like ghosts of washed-up hosts past here,” ad-libs Lyall in his best line of the night. “What happened? Why did you have to run away?” he asks Corbett. Corbett calmly explains his last-minute exit and confirms he’s already had his Covid-19 test. He doesn’t look too stressed: he managed to rush through it after after getting into the wrong queue. Then he says: “I’m home – and I’m home for a while.”

7.26pm: “Imagine I’m Jeremy Corbett,” says Lyall, flapping his hands around his face as he introduces a piece filmed by the host earlier in the day, before he was told to go home. 7.30pm: The Project wraps up for the night with Tupou waving and Lyall air-kissing audiences goodbye. Tupou says she didn’t have time to process what had just happened before the congratulatory messages started. “It’s quite a bizarre feeling. It’s like, ‘This is what I have to do.’ You realise how significant it is afterwards when everyone’s like, ‘Oh my gosh – you just did that?’ Yes. Yes, I did.”

7.35pm: Mulligan sends Tupou a text message. It reads: “Cool as a cucumber.” Tupou knows exactly what it means. A few nights earlier, Corbett and Mulligan had been trying to think of things that might “rark” Tupou up. “I am quite a relaxed sort of person,” says Tupou. “We couldn’t think of anything in particular (so) I think this was like a test to see if I was going to get really nervous and break down or something. But nope, ‘Cool as a cucumber.’”

The Project and Seven Sharp screen weeknights at 7pm.