Some exciting developments are in the works. Spinoff editor Toby Manhire explains.In a few months’ time The Spinoff turns seven. On its birthday, in September, there will be a changing of the guard for the second time, as I hand over the editor’s visor. (There is not an actual visor. Yet.)It was a hell of […]

Some exciting developments are in the works. Spinoff editor Toby Manhire explains.

In a few months’ time The Spinoff turns seven. On its birthday, in September, there will be a changing of the guard for the second time, as I hand over the editor’s visor. (There is not an actual visor. Yet.)

It was a hell of a difficult decision to take. Editing the Spinoff has been easily the most invigorating, challenging and enjoyable job I’ve ever done. I’m hugely proud of the work the editorial team has produced since the last time the wild headline “Editorial changes at The Spinoff” graced the site. (I repeat the headline today in homage to Spinoff founder Duncan Greive’s post of January 2018.)

Those last three-and-a-half years, with my friend and colleague Duncan blazing the trail as managing editor, have seen rapid growth, more experimentation, and work I’m confident will stand the test of time. We launched the Bulletin. We made a television show. We published a book. We joined the press gallery. We launched Live Updates. We won website of the year at the Voyager Media Awards. We printed thousands of tea towels.

Over the course of the Covid-19 crisis, a team of (mostly) young people at The Spinoff – writers, editors and the wider group – stepped up to the task in a way that still astounds me. Every day I’m blown away by their wit, intelligence and generosity. It was a privilege to be in the (virtual) room to watch the Toby Morris x Siouxsie Wiles collaboration soar from small beginnings to screens, televisions and galleries (and German bus-stops) around the world. That work attracted the attention of the World Health Organisation, which proved the seed for a spinoff of the Spinoff: Daylight Creative studio.

The most transformative thing that has happened editorially over recent years is The Spinoff Members. Without Members, launched just less than two years ago, we would have struggled to make it out the other side of the pandemic. Members’ ideas and support have been a lodestar. They’ve provided me, as editor, with the confidence to focus on the important (and sometimes irreverent) stories and voices.

What’s next? The good news, at least for me, is that I’m leaving the chair but not leaving the building. After a short break which I intend to spend almost entirely sleeping, I’ll be taking up a role as editor-at-large, and I would like to take the opportunity to deny ever in the past smirking at the nebulous weirdness of that title. It will be mostly a writing role (if it’s weighty analysis of issues like the Koru Lounge in political history you’re after, you’re in luck) with a few bits bolted on the side. I’m hoping also to do more podcasting, something I feel sure you’ll agree is a bold and pioneering step for a man in his 40s. Honestly, I can’t wait.

READ:  VF48Hours 2021: Meet the loneliest person in the universe

Even better news is what’s next for The Spinoff. Drum roll: the third editor – correction, co-editors – will be Alex Casey and Madeleine Chapman. It’s impossible to overstate how thrilled I am about this. When I joined the Spinoff in 2015, Alex was already there; Mad joined soon after. Their intelligence, values, sense of humour and nose for a story has defined so much of the spirit and kaupapa of the Spinoff. They’ve consistently set a standard to which the rest of us can aspire. 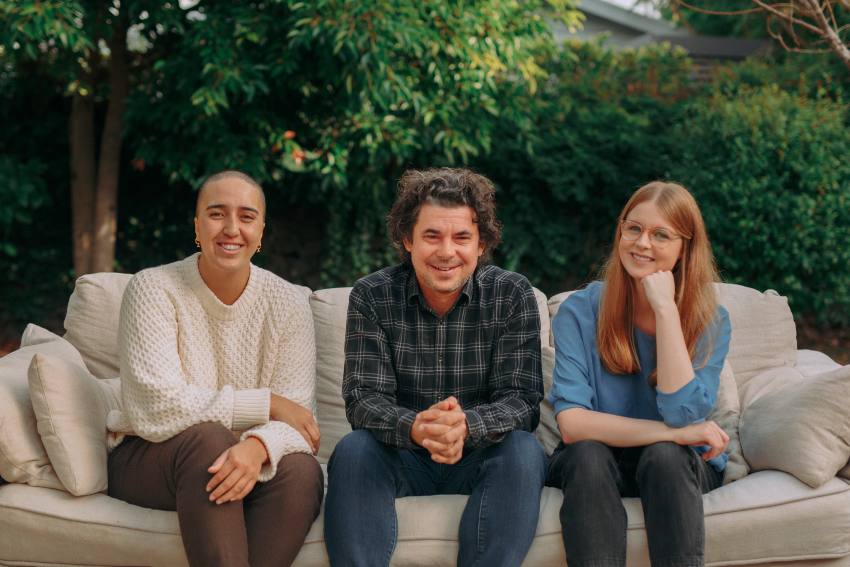 Alex is one of the two Spinoff originals. She and Duncan began the whole thing in 2014 as a site about television and culture. Her writing is singularly good, to the extent that a lot of people (I admit, including me) will gobble up her commentary on reality television despite never watching reality television. Alex escaped The Spinoff early last year to work in TV before being coerced back into the fold a few months ago as features editor.

Mad is returning from North & South, where she’s been senior editor. In characteristic over-achiever style, since she left The Spinoff clutching a stack of awards in early 2020 she’s somehow managed to knock out a terrific biography of the prime minister and direct an extraordinary second series of Scratched.

But what do they have to say for themselves? This just in:

Toby has steered the Spinoff – and us, its two long-term crew members – through the most challenging and fun work of our careers and some of the biggest news events in New Zealand history. His calm in the face of chaos, his loyalty, his sense of humour, and his vocabulary (shout out to two favourites, “upbraid” and “purport”) have allowed the two of us to grow so much as writers and editors. He’s also shown us that it’s OK to be very serious and outrageously silly in the same breath and we feel only excited and privileged to be stepping into this role after him.

We’re also stoked to be doing this together. One of our first Spinoff experiences as colleagues was attending the bizarre launch party for a new plastic surgery reality show in someone’s swish villa. We bussed there and walked past the entrance twice before sucking it up and deciding to go in. It was a surreal evening, complete with an allergic reaction, endless fishbowl glasses of red wine and our attempts to banter with Ponsonby’s plastic surgery elite. Somehow we survived the night, got a story out of it, and were forever bonded by the harrowing experience.

We have grown a frankly shocking amount since then and, while we are once again stepping into the unknown together, we do so with confidence in each other and the rest of the Spinoff team. Of course, neither of us would be here without the endless support, patience and wisdom of our editors at The Spinoff – Toby Manhire alongside Duncan Greive, Catherine McGregor and Alice Neville. They have led by example, laying a strong and original editorial foundation for us to build on. We can’t wait to don the definitely real visor and get to work.

We’re all massively excited to see what Alex and Mad do as editors. They are going to be brilliant.

READ:  Siouxsie Wiles: There’s a lot of vaccine BS around. Here’s why I won’t be debunking it