For decades, our immigration policy has been dominated by low-skill visas and short-term political thinking. It’s time for a new approach, writes Bernard Hickey. This story was originally published in Bernard Hickey’s email newsletter The Kākā and is republished with permission.Tonight, economic development minister Stuart Nash (standing in for immigration minister Kris Faafoi) is scheduled to deliver […]

For decades, our immigration policy has been dominated by low-skill visas and short-term political thinking. It’s time for a new approach, writes Bernard Hickey.


This story was originally published in Bernard Hickey’s email newsletter The Kākā and is republished with permission.

Tonight, economic development minister Stuart Nash (standing in for immigration minister Kris Faafoi) is scheduled to deliver a speech “outlining the case for change in New Zealand’s immigration policy”. He’s expected to announce a reduction in the number of lower skilled temporary work visas and talk about how the very high net migration of the last decade helped to repress wages, and was not matched with the necessary investment in infrastructure.

Prime minister Jacinda Ardern signalled tonight’s speech in an address to a Business NZ luncheon audience in Auckland on Thursday. Here’s the key section of her speech outlining its contents:

“We will continue looking at our border settings to make sure we’re meeting businesses’ needs.

In terms of immigration going forward, last week we announced that the Productivity Commission will hold an inquiry into New Zealand’s immigration settings. The inquiry will focus on immigration policy as a means of improving productivity in a way that better supports the overall well-being of New Zealanders.

The inquiry will enable us to optimise our immigration settings by taking a system-wide view, including the impact of immigration on the labour market, housing and associated infrastructure, and the natural environment.

This will sit aside existing work being led by the immigration minister around reforms to temporary work visas and a review of the Skilled Migrant Category visa. In fact this Monday minister Faafoi will be outlining the case for change in New Zealand’s immigration policy in a speech in Wellington.

But let me be clear. The government is looking to shift the balance away from low-skilled work, towards attracting high-skilled migrants and addressing genuine skills shortages in order to improve productivity.”


Both sides of politics have accidentally-on-purpose pursued a high population growth, high migration, and low infrastructure approach to growing the economy over the last two decades. We never really debated this and the refusal by ratepayers and councils to help build infrastructure is a de facto rejection of the policy.

READ:  Comic of the Month: Robbery at 365 Remuera Road by Ant Sang

It was the perfect match for bringing the government’s own budget back into surplus because all the benefits of higher wages and spending went straight to the bottom line through higher income and GST taxes, without the heavy cost of infrastructure investment. It also allowed governments to say they were growing the economy, albeit by having more people working harder, rather than through productivity and growing real wages from work.

The awarding of around 100,000 temporary visa and skilled visas a year allowed many smaller businesses to expand with relatively low wages and little capital investment. The resulting downward pressure on wages and not much demand for capital investment kept interest rates lower than they otherwise would have been, which was in turn great for house prices. 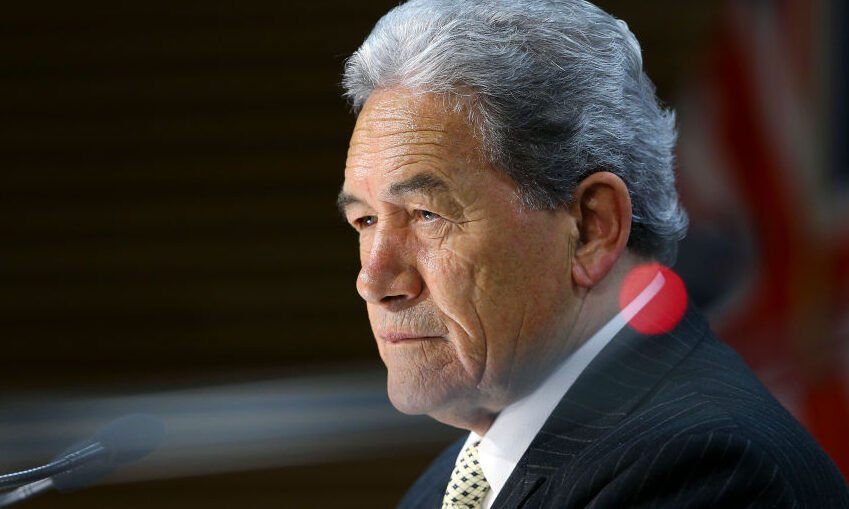 It was the perfect political mix for both sides, and has never been debated in any substantial way. New Zealand First, which preached in favour of lower migration, has never actually restricted migration much when in government, in part because many of its backers in provincial New Zealand were (or are?) farmers and small businesses that were crying out for imported workers.

That is essentially a short-term politically-driven strategy (by both sides) that got caught out in the end by a painful squeeze on renters, first home buyers, commuters and those struggling to access health and education. Effectively, this policy allowed a huge number of zombie small businesses to stagger on with the use of inflated equity in their houses to fund shortfall years and boost incomes, low wages, low investment and often exploited migrant labour. It also allowed median voters with homes to feel wealthier and get plenty of tasty home-delivered food and cheap Uber trips; it allowed both sides of politics to keep small businesses happy too.

It also fitted with our own self-image of being open and friendly to people from overseas. The reality is much less friendly, given the way Immigration NZ has quietly strangled residency applications over the last five years, the way migrants were locked out of welfare support during the lockdown, and the way migrant exploitation has been allowed to drag on without much intervention.

Now the music has stopped

The government has now chosen the Covid-forced stoppage of migration as an opportunity to try to go cold turkey.

In many ways this is another side of the capital gains tax debate. Jacinda Ardern chose to abandon that quest and try to nibble at the issue from other directions, including through the brightline and interest deductibility angles.

Ardern inherited Andrew Little’s quite tough migration policy, but didn’t implement it, or more accurately, former immigration minister Iain Lees Galloway couldn’t implement it without her support. She has always been a lukewarm supporter of the restrictive approach. Now we will see how serious Labour is about tightening the settings and dealing with the problems detailed above.

Is Labour serious this time?

The things to watch for in the speech tonight will be:

1. A proposal for a lower residency quota.

It has unofficially been around 45,000 per year for a couple of decades. It was quietly suspended before the last election when NZ First and Labour could not agree. It is now under severe stress as many on rolled-over and extended ‘skilled work,’ student and temporary work visas try to obtain residency and/or bring in partners and family members.

2. A proposal for a population growth limit.

This is the elephant in the room that has only just begun to be touched in the terms of reference for the Productivity Commission’s inquiry. Our growth over the last two decades has been at least twice that of other developed countries, and significantly faster than Australia’s.

3. A proposal to match infrastructure spending with population growth.

This has been the missing link in the last two to three decades because neither governments or councils want the debt and higher taxes/rates implied by governments paying for more infrastructure. Each trialled getting the private sector involved, but not on the large enough scale needed.

4. A tightening of rules around ‘skilled work’ visas, work rights for students and holiday makers.

The dirty little secret around our migration debate is that migration is not all in the form of highly skilled work-to-residency visas granted before migrants arrive. Most residency visas are now awarded to people who have been working here for years, often after studying. Many of those jobs are relatively lowly-skilled and low paid, such as in retail (shops, service stations and liquor stores), hospitality and tourism (tour guides, cafe workers, bar workers) agriculture (kiwifruit, apples, grapes, dairy) and in aged care.

What should they do?

I think any migration change should be part of a broader strategy to lift wellbeing over the long term, including for housing affordability, environmental quality (climate emissions, air quality, water quality), health (diabetes, mental health, preventable diseases) and happiness (measures of community strength and cohesion and personal happiness).

All of these things can be measured and aimed for over the long run. We’ve started with zero carbon by 2050. We should also be targeting things like water quality, mental health levels, diabetes rates, preventable disease rates, house price/rents to income ratios, business and R&D investment rates to GDP, and growth in labour productivity and disposable income.

To achieve that, the government would need to invest heavily in infrastructure, health, education, welfare spending and change our tax and debt rules to fundamentally increase the size of government and debt to Scandinavian levels.

I would love to see a “big” New Zealand with a population growing towards 10 million over the next 30 years or so, but that would require a shift up in government spending to GDP to around 40% from around 30%, and an associated increase in tax, ideally a tax on capital and/or wealth in order to redistribute wealth, reduce inequality, skew investment away from land and properly fund climate and housing infrastructure. My preference is a land tax.

But a population growth target without an infrastructure spending splurge – and without a change to debt and government spending and tax levels – would be a waste of time, and just worsen the situation.

Bernard Hickey hosts When the Facts Change, a weekly podcast exploring the intersection of business, politics and economics in Aotearoa. Subscribe and listen on Apple Podcasts, Spotify or your favourite podcast provider.