When it comes to vaccination in the workplace, employers are finding themselves stuck between a Covid rock and a criminally liable hard place – and the government so far seems unwilling to help them escape.The Pike River disaster of 2010 changed everything for directors and managers in New Zealand. It even changed their official designation […]

When it comes to vaccination in the workplace, employers are finding themselves stuck between a Covid rock and a criminally liable hard place – and the government so far seems unwilling to help them escape.

The Pike River disaster of 2010 changed everything for directors and managers in New Zealand. It even changed their official designation – they are now called ‘Persons Conducting a Business or Undertaking’ (PCBUs) under the Health and Safety at Work Act of 2015, which was a direct result of the disaster.

Under the act, PCBUs face potential criminal charges if they allow their workplace to operate unsafely. If they’re found guilty they could face prison time, huge fines, or both. Workplace safety is now an existential concern for directors on all sorts of issues, including workers and customers put in dangerous situations or around dangerous equipment. Operating an office or a factory or any sort of enclosed space in a way that allows staff to contract Covid-19 is one of the ways that PCBUs can be exposed to the risk of criminal proceedings.

Many are of course doing everything they can to reduce transmission in the workplaces they control, including improving ventilation, offering hand sanitiser and masks. But that’s as far as they can legally go at the moment, given that human rights, employment and privacy laws prevent employers from even asking staff and customers if they’re vaccinated, let alone sacking or discriminating against those who remain unvaccinated.

PCBUs are currently stuck between a rock and a hard place, given the absence of any legislative amendments or air cover from the government in the form of vaccine mandates. Employers are stuck in a legal no man’s land that requires some sort of direction. As things stand, that will only come as case law is written when legal cases on the vaccination issue are heard.

It seems the government is waiting for a court to come up with some case law to absolve it of responsibility and any “nanny state” political pain.

But Covid doesn’t work on legal time, or political time. The virus isn’t waiting, and the arrival of vaccination certificates will add to the pressure. Could unvaccinated (and even vaccinated) customers and workers sue employers over vaccination or mask mandates deemed to breach their human rights, employment rights or privacy?

READ:  Who will be the next NZ governor general? We’ve done the odds

Or could workers, unions and even WorkSafe sue employers for allowing the transmission of Covid on their premises, in breach of the Health and Safety at Work Act?

So far, no one is sure what is legal and many are worried. They want clarity and certainty from the government to settle what appears to be an obvious conflict.

Bernard Hickey: The case for mandatory vaccines in the workplace

Auckland Chamber of Commerce CEO Michael Barnett has been fielding dozens of queries from business owners looking for guidance.

“The government should provide clarity because unless they do businesses will have to take the expense and the risk of legal action,” Barnett said.

He cited a letter from one business owner, who is unnamed to protect their identity. Their letter is reproduced in full below because it aptly illustrates the challenges dawning on many businesses across the country.

“I have a question with which I hope you can assist. I’m sure I’m not the first to ask. At work, we have two staff who have compromised health issues,” the owner wrote.

“Both are fully vaccinated, along with the rest of the staff, bar two. One of those has an upcoming medical procedure, and has said he will get the jab as soon as that is done. We can live with that.

“The other is a youngish guy who is digging his heels in. He is not rabidly anti-vax, but he is ‘unsure’. Due to his position, it is not practical to isolate him from the others.

“Here is the thing. As an employer, we have a duty of care to provide a safe work place. By the government’s own definition, we are not doing that if we knowingly have unvaccinated staff.

“The two compromised staff certainly feel that way. Apart from the safety issues, if this guy comes to work with Covid, we will be forced to shut down for at least two more weeks.

READ:  Labour Must Uphold The Rule Of Law

“This is totally at odds with work place safety, and also with helping NZ as a whole reach 90%. Either way, we are doing the wrong thing legally to someone.”

So far, the government has been reluctant to help by mandating vaccinations, even in areas seen as riskier, such as healthcare, education, transport, hospitality and events. A consultation has started for the healthcare and aged care sectors and vaccination is mandatory for border workers, but the government has been reluctant to be seen to going down the compulsion route so fast.

Some of the heat has been taken off the government by the rapid vaccine take-up in the last six weeks as significant vaccine supplies came on stream just as the latest delta outbreak began. But now that the country needs the last 10% to get vaccinated, and will be the hardest to convince, the question of vaccination mandates will return. 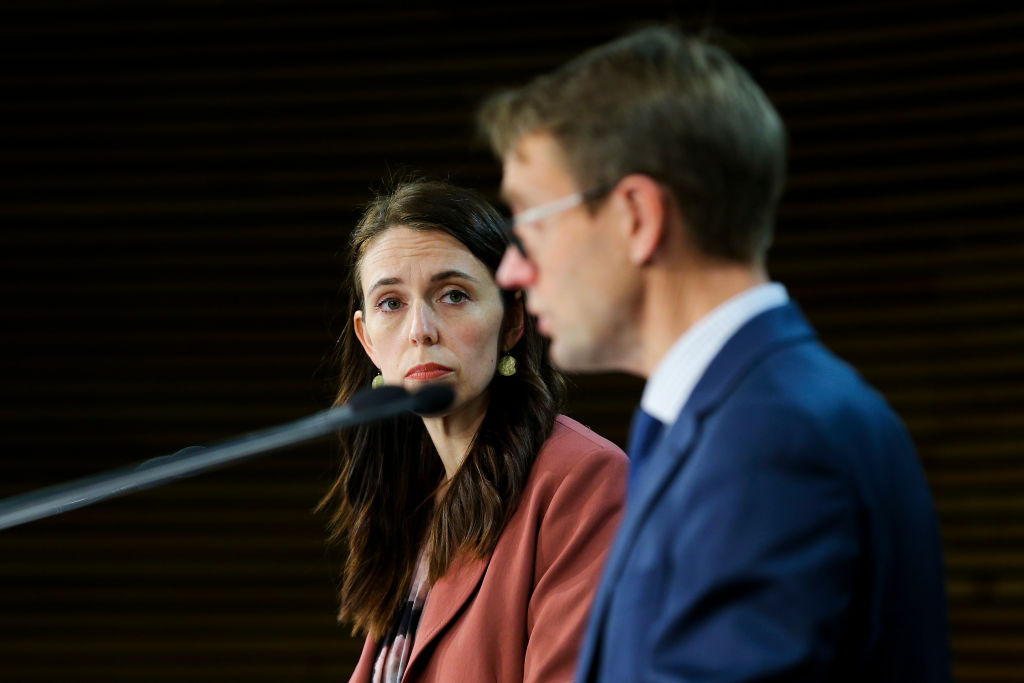 I asked the prime minister last week whether the government should be giving businesses “air cover” to resolve this issue, rather than forcing them to wait for case law to provide guidance. She was clearly reluctant to go down that path quickly, pointing instead to the use of rapid testing by some businesses. This is also a bone of contention among businesses, given the Ministry of Health has been slow to roll out saliva testing and fast antigen tests, which have been widely available for businesses to use for months overseas.

“We are discussing all of those kinds of tools,” she said when asked about more widespread vaccination mandates.

“So we will keep trying to use that as the main motivation, plus some other tools that will might also be able to leverage them. But as for obligation, we’ve been careful around this.”

Ardern then threw the issue back in the laps of businesses.

“In some cases, they undertake some of their own health and safety assessments, and that will be a matter for them. We are seeking to continually ensure that employers have got the guidance they might need to make some of those decisions for themselves,” she said.

Pressed again on acting to help employers with vaccination mandates, which are used widely overseas, she said: “We haven’t put in place blanket mandates across the board for vaccination in New Zealand, but there will be some more nuanced scenarios, and we keep looking to ensure there is guidance to support employers for those decisions.”

Employment New Zealand (part of MBIE) does have guidance for employers, but it leaves many of the decisions in the hands of PCBUs – and thus at the mercy of the court’s adjudication on where the balance lies between the competing requirements of the health and safety act, employment law and the human rights and privacy act.

So far the only court ruling that does give some guidance is from the High Court. Earlier this week it dismissed a legal challenge by a customs worker who was sacked for not being vaccinated.

However, that case law may not prove particularly helpful for employers not immediately at the border. The customs worker was dismissed under provisions of the Covid-19 Public Health Response Act and the worker had tried to claim Customs’ vaccination order was not valid under that act.

For now it’s a waiting game until something more substantive gets in front of a judge. The government has been able to afford not to take the political pain of mandating vaccination more widely as the number of cases in the current outbreak tapered off and first-dose vaccination rates raced towards 80%. But the pressure will go on as the rise in that rate slows and if the outbreak intensifies again. This is an issue that is not going away.