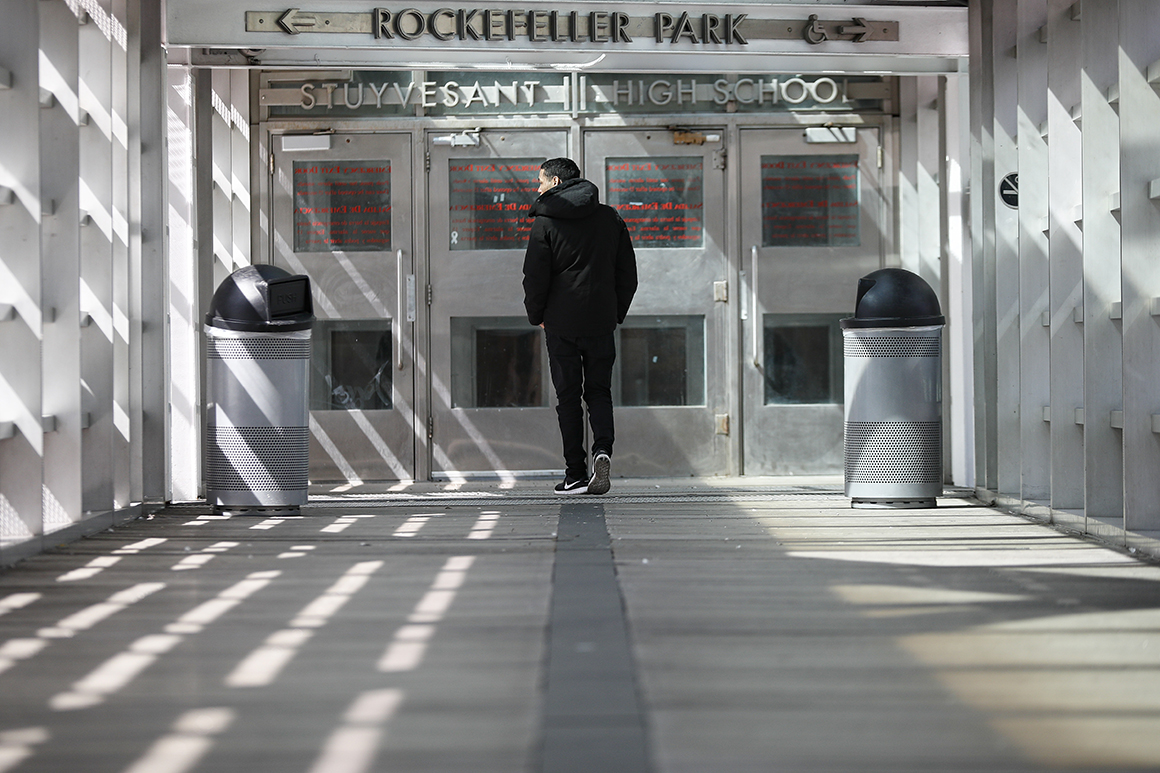 New York City‘s Covid-19 infection rate has been less than 3 percent since June 10, the mayor said.

Impact: If the infection rate goes above 3 percent, the city will close schools and transition to remote learning. De Blasio said child care will remain the same regardless of the scenario, noting that officials are working to develop that plan. But, the mayor cautioned, the city has to prepare itself "for a very non-linear experience."

The city is also planning to make laboratory-confirmed Covid-19 cases public. In the spring, the Department of Education faced criticism when it stopped publicly confirming positive cases in schools. The DOE attributed it to the large volume of cases.

Gov. Andrew Cuomo said schools can reopen if their region is in phase four of reopening and has a daily infection rate of 5 percent or less over a 14-day average, consistent with CDC guidance. The city said it chose the 3 percent threshold as it is the epicenter of cases in the state and one of the most densely populated places nationwide.

Carranza, the schools chancellor, said staff will be asked to get tested before school starts, with a 24-hour turnaround time for results.

Carranza said officials have been in constant contact with the United Federation of Teachers, the union that represents the city‘s teachers, and the Council of School Supervisors and Administrators, which represents principals, and noted accommodations for people with preexisting conditions. Both unions were involved in forming the city's plans.

The Movement of Rank and File Educators (MORE-UFT), a social justice caucus within the UFT, has threatened a sickout, and Michael Mulgrew, UFT's president, has said it's unsafe to reopen schools without money for needs like nurses.

What's next: Mulgrew said in a statement Friday that the standards the city has proposed for protection, testing and closing of schools and classrooms don’t go far enough.

“We need randomized testing of school communities throughout the year and a vigorous contact tracing system that gives schools test results and a course of action with a 24-hour turnaround,” he stated. “What’s more, even if there are stronger safety standards in place, we still have grave concerns about the city’s ability to enforce them effectively in every school.“

CSA President Mark Cannizzaro sent the city a list of 141 questions the union wants answered before schools can reopen.

"Do we agree on everything? Absolutely not," Carranza said. "The rigor that the mayor spoke about also comes from those conversations where we want to be able to keep folks safe."

Still, Cannizzaro indicated the union isn't on board with the city’s current plans, noting concerns about safety protocols and instructional designs and school leaders getting resources.

"We have been meeting with the DOE to communicate these concerns and will continue to fight for common sense protocols that will protect our school communities and provide children with the education they deserve," he said in a statement.