There’s a lot to be grateful for this fall! Prepare to give thanks for both turkey and the return of the BAU as the ‘Criminal Minds’ reboot arrives in November. 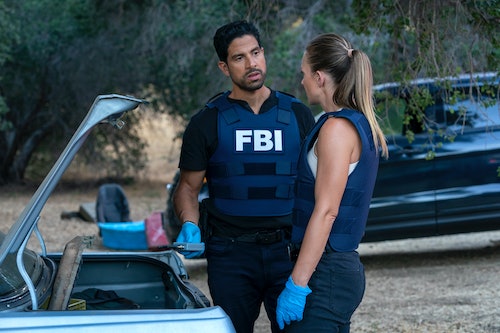 Once the kids are stuffed full of pumpkin pie and tucked away in bed after Thanksgiving, moms everywhere are going to have something special to be thankful for: the highly anticipated Criminal Minds reboot. On Sept. 21, Paramount+ announced that the first two episodes of Criminal Minds: Evolution, aka Criminal Minds Season 16, will premiere via the streamer on Thursday, Nov. 24 (yup, Thanksgiving Day). This marks the first time in two years that fans will have seen the BAU take on a new case.

Rest assured, the case in question will be just as intense as the ones the team took on in the original series, which aired on CBS from 2005-2020 — a long time for any series to be in a person's life. After all, a lot can happen in 15 seasons! If you had a baby around the series' beginning, that child could be driving by now. Which is to say, if you were a fan from start to finish, the BAU members might feel a little like family at this point. And the Criminal Minds reboot feels like a long-awaited family reunion.

So, read on for everything you need to know about Criminal Minds: Evolution before the series premiere on Thanksgiving.

When will the Criminal Minds reboot premiere?

There are 10 episodes in Season 1 of Criminal Minds: Evolution, and the first two will be streaming on Paramount+ on Thanksgiving Day. After that, new episodes will premiere weekly on Thursdays until Dec. 15, when the show will take a break over the holiday season (even fictional serial killers break for Christmas, it seems). The season will resume on Thursday, Jan. 12, with the finale set to air on Feb. 9.

READ:  Nurse Hilariously Fails At ‘Proving’ The COVID Vaccine Made Her Magnetic

Which cast members are returning?

Every member of the BAU isn't set to return for the revival, but there will be plenty of familiar faces on the show. Returning cast members include Joe Mantegna (Rossi), A.J. Cook (JJ), Kirsten Vangsness (Garcia), Aisha Tyler (Tara), Adam Rodriguez (Luke), and Paget Brewster (Prentiss). Together, they'll attempt to track down a dangerous new character played by Friday Night Lights star Zach Gilford.

The most notable absences from the list of returning cast members are Matthew Gray Gubler, who played Dr. Spencer Reid (*sob*), and Daniel Henney, who starred as Matt. Likewise, Shemar Moore isn't expected to return as Derek Morgan, a role he played until Season 11. Although, since Moore is the star of S.W.A.T., another show that's part of the Paramount/CBS family, a cameo appearance hasn't been completely ruled out.

For her part, showrunner Erica Messer revealed during the Television Critics Association panel that she's leaving the door open for any original cast members who want to step back into the dark world of Criminal Minds. "It's a little bit more of a mystery what Reid and Simmons are up to. They're certainly not forgotten. Their desks are still there, still have stuff on it," Messer revealed during the TCA panel. "We're definitely playing that. They are not gone gone."

She went on to add that she hopes more of the original stars "will be able to come back and play at some point." Come on, Moore, it's time to make some dreams come true — all the "baby girls" out there need more Morgan in their lives.

What is the plot of the Criminal Minds reboot?

While the new season will be streaming, Messer has assured fans that Criminal Minds won't be getting any darker. Messer is aware that the series has attracted a large fanbase among teens thanks to its time spent streaming on Netflix, and she doesn't want to lean into the grit and gore just because it's no longer a network show.

"It has definitely broadened our scope, but I'm very aware that teenage kids watch this show," she said, as reported by Variety. "I never wanted us to go into full Rated-R … but we live in the world longer. So because of that, you just get to live and breathe in this space, and it can be disturbing — a disturbing space to live in. I don't think you're going to be shocked at the graphics being worse or anything like that."

As for what the team will tackle first now that they're back together, the BAU (like the rest of the world) will still be adjusting to the reality of life after spending two years dealing with the pandemic. Rossi, in particular, will be dealing with his share of grief as the season begins. But the show's primary, season-long case is also tied to the reality of the world being shut down for months.

During that time, an UnSub used the pandemic to create a network of serial killers. As people resume their day-to-day lives, the serial killers put their plan into motion, leading the BAU to investigate the most disturbing suspect they've encountered yet.

READ:  Dwyane Wade Calls Daughter Zaya A ‘Hero’ After Coming Out As Trans

Currently, there's no Criminal Minds: Evolution trailer out. But since November is just around the corner, it won't be long before the BAU is back on the case — not to mention back on our screens.