The cast of the 2003 holiday movie Love Actually are set to reunite for an ABC News special with Diane Sawyer for the film’s 20th birthday. 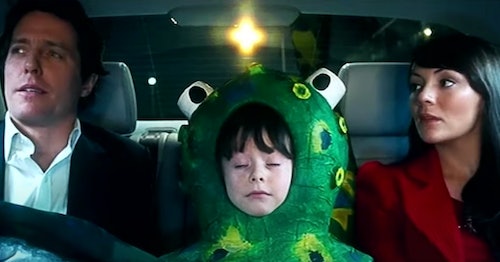 One of the best parts of the holiday season is snuggling up by the Christmas tree, sipping on some hot chocolate (or adult beverage of choice!) and watching a classic Christmas movie. There are so many great and essential movies in the Christmas movie cannon but you can never, ever forget to watch Love Actually.

The film, adored by so many, is turning 20 years old this holiday season, and Diane Sawyer is set to host an ABC News special, featuring tons of interviews with the cast.

Titled The Laughter & Secrets of Love Actually: 20 Years Later, the one-hour special "will look at how the film became a beloved Christmas tradition and a global sensation, with new insight into behind-the-scenes secrets and iconic scenes,” according to a press release.

Another interesting angle the special will take is that of the COVID-19 pandemic. The special will touch on how those unprecedented times “refocused the ways we love and connect and the omnipresent acts of kindness inside our families and communities.”

In the teaser trailer for the special, viewers are treated to small snippets of interviews between the cast and Sawyer. In one hilarious moment, Emma Thompson reveals that after the premiere for the film, Hugh Grant came up behind her and said, “Is that the most psychotic thing we’ve ever been in?” Little did he know at the time what a hit and cult classic the film would be.

Grant was also asked about the infamous dance scene in which his character, the Prime Minister of England, shakes his hips all around his home to the song, “Jump For My Love” by The Pointer Sisters. Turns out, Grant was less than thrilled with the scene, and it almost didn’t happen.

“I saw that in the script and I said, ‘Well, I’ll hate doing that,” he confessed to Sawyer. “Though I will give myself this credit: it was my idea to have the secretary catch me.”

The trailer also includes insight from the brains behind the entire film — writer and director of Love Actually Richard Curtis. In true hopeless romantic fashion, Curtis told Sawyer his philosophy on life and love.

“I do think the way to think about life is that everyday has the potential to just be gorgeous,” he said. Definitely makes sense that the guy who made one of the cutest and most heartwarming holiday films of all time would see things that way.

The Laughter & Secrets of Love Actually: 20 Years Later – A Diane Sawyer Special airs Nov. 29 at 8 p.m. ET on ABC, and the next day on Hulu.