While outlet covers for babies may not have been on your baby shower registry, it’s an important addition to your home when you have little ones. There comes a time when your little one goes from an infant who isn’t interested in anything that’s not in their immediate vision to a toddler who wants to […]

The post The Best Outlet Covers To Keep Curious Babies And Toddlers As Safe As Possible appeared first on Scary Mommy.

While outlet covers for babies may not have been on your baby shower registry, it’s an important addition to your home when you have little ones. There comes a time when your little one goes from an infant who isn’t interested in anything that’s not in their immediate vision to a toddler who wants to touch every single thing they can spot. When that time comes, you’ll want to be prepared, and one of the most important baby-proofing items you can buy are the best outlet covers for babies. There are lots of ways to keep your tot safe in your home, but keeping their fingers away from electrical outlets where they could potentially be seriously harmed is essential (just as essential as baby gates for stairs and fireplace gates for babies).

Electrical outlets are particularly interesting to babies: they’re usually within easy reach since they tend to be low to the ground, and they just look like something they can stick their fingers in. Outlet covers keep their fingers away and can usually look pretty subtle. There are a few different types: plug-ins that are super easy to use, box covers that are great for cords, and sliding covers that work with outlets that are typically in use.

Merge safety and convenience with the best outlet covers out there — we’ve rounded them up below. 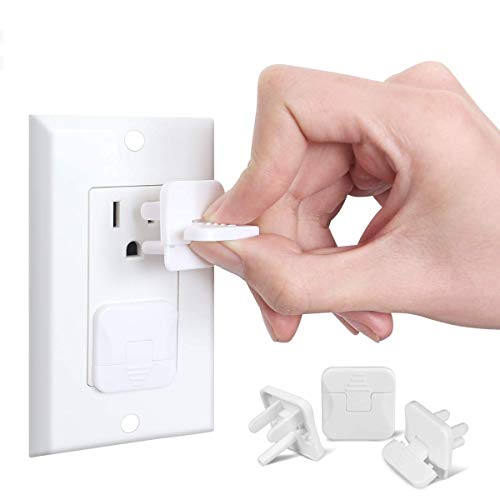 You might be worried that your clever toddler will figure out how to pull some of the outlet covers, well, right out of the outlet. And they might do just that! But these PRObebi outlet covers should stop them from figuring out. Putting them in or taking them out requires you to pull and twist the small handle, which is easy for adults, and not so simple for little ones. The square design is subtle and keeps their fingers far away from the socket.

READ:  9 Conditions That Are Often Confused With Thrush 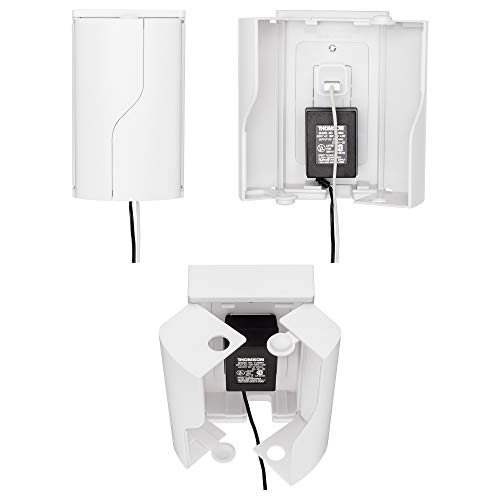 A box outlet cover is not just as subtle and stream-lined as plug-ins can be, but they’re ideal for outlets where you’re going to be plugging in something large or something with a long cord. This one has a double locking system that requires two hands to open it, so it’s unlikely your tot will figure it out. It’s large and deep, so it fits big plugs, and it’s really easy to install. It also keeps your babe from pulling cords so much that they come out of the wall. 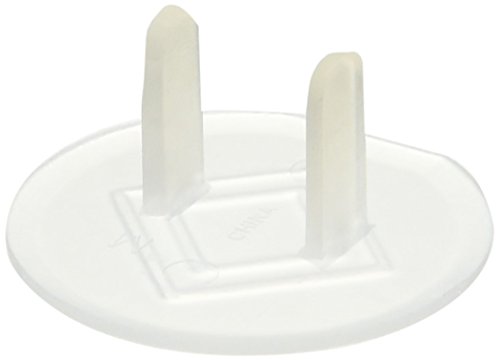 If you’re looking for something simple and straightforward, these clear plug-ins are a great choice. You’ll get 36 pieces for just under $5, and they couldn’t be easier to use — just plug them into the outlet and leave them there. Kids won’t be able to easily remove them, and the clear shade looks pretty stream-lined. Overall, they’re a great value and they work well. 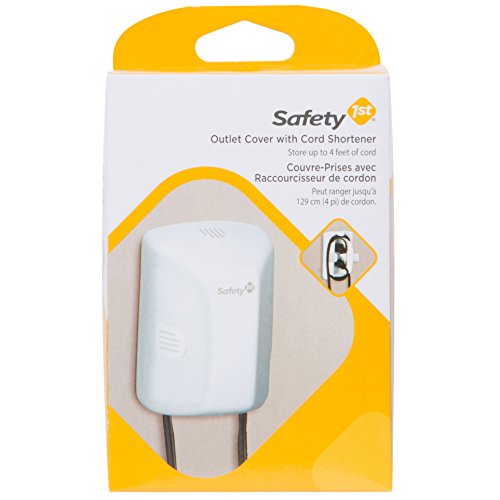 If your little one is constantly pulling at the long cords coming out of the outlet, then you need something more than just a plug-in. This Safety 1st option covers up the entire outlet and doubles as a cord shortener: you can wrap the cord around inside so that it isn’t quite as long as usual. It has a dual press and release design that isn’t easy for them to open, and it has enough space for large plugs too. 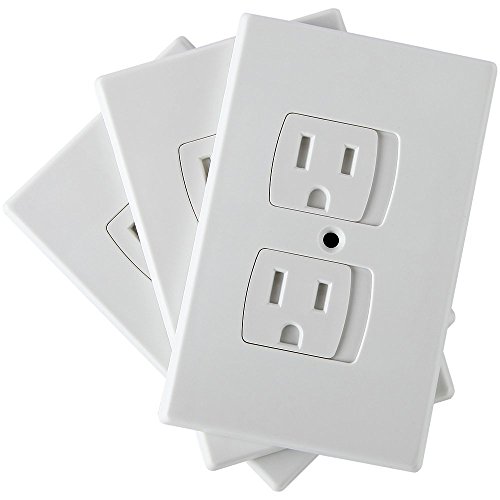 Sliding outlet covers are both safe and functional. This Jambini option goes over the entire outlet, and it’s great to put on one you regularly use. To plug something in, simply slide the cover part over, and the other outlet will remain covered. It also instantly closes on its own when a plug is removed, just in case you forget to do it. 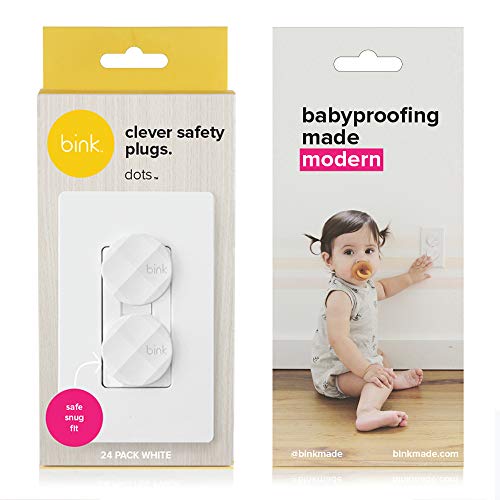 If you want something that looks nice and also keeps your little one safe, this Bink option is perfect. Designed to have a modern look to it, these are simple plug-ins that have a very snug fit (making them difficult for Baby to pry out on their own). They have a unique 360-degree grip that makes them easy for adults to remove, and they’re non-toxic and lead-free as well. 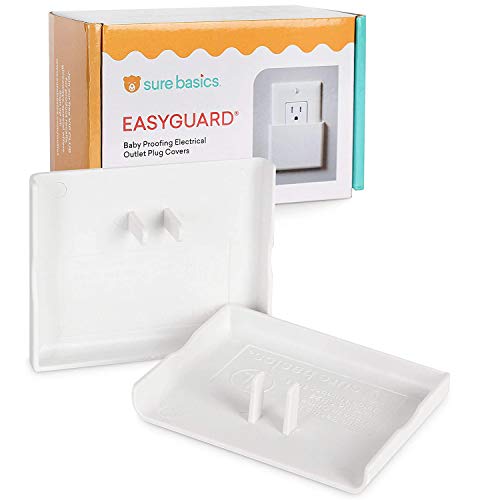 This plug-in cover offers the best that plug-ins and box outlet covers have. They plug in, but the cover also covers the entire outlet—and since you can separate the pieces, you can choose to cover just one socket or both. It’s versatile and easy to use, with no installation required, and it allows your outlet to be safe and functional. Covering the entire outlet means your babe will have a tough time figuring out how to remove it on their own.

If you use a power strip, you’ll need to protect that as well. Instead of using a bunch of plug-in outlet covers (which you can do!), you can try this power strip protector. It acts as a box to basically cover the entire strip, making it harder for your toddler to pull any cords out. It conveniently snaps shut so they can’t easily open it, and it comes with some plug-ins to protect anything that doesn’t have something plugged into it.

READ:  Pat Carroll, Voice Of Ursula In ‘The Little Mermaid,’ Has Passed Away At 95

The post The Best Outlet Covers To Keep Curious Babies And Toddlers As Safe As Possible appeared first on Scary Mommy.