Nia Vardalos will star in and direct the forthcoming ‘My Big Fat Greek Wedding 3’ which will film in Greece. 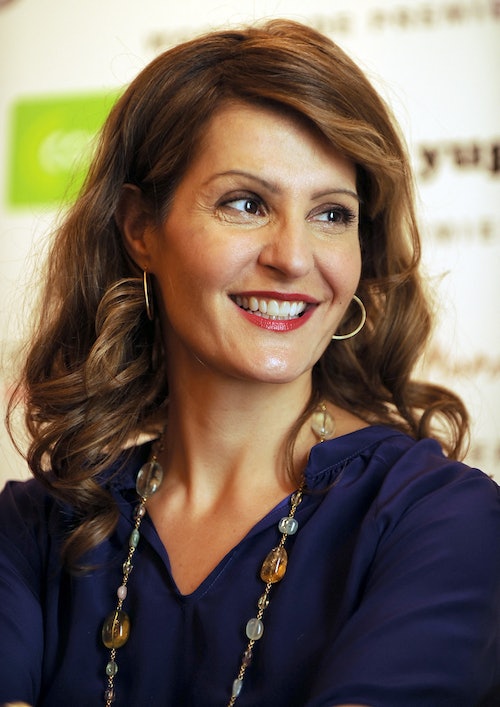 Toula Portokalos is making her way back to the big screen, and Nia Vardalos, who plays her character, is taking a seat in the director’s chair. The long-awaited follow-up was finally confirmed by the actress on her Instagram where she shared she was currently in Greece filming the new project.

The eccentric family movie, My Big Fat Greek Wedding, became a box office hit in 2002, which followed the love life of a young Greek woman who falls in love with an American man, and his experience being accepted into her family. The film became iconic for its variety of colorful characters and hilarious dialogue that any family, not just Greek, can totally relate to. The movie was given a sequel in 2016, but fans were still eager for more.

In her post, Vardalos shares, “I have an announcement. We are in Greece filming My Big Fat Greek Wedding 3, and thank you so much for the lovely messages of just waiting and everything.”

She reveals they are filming in “the beautiful place of Athens,” and playfully transitions to her surprise second announcement, saying, “oh, I want to teach you your first greek word,” which she shares is the word for director, gushing, “And guess who the director is? It’s meeee!”

The 59-year-old was all smiles in the video and captioned the post, “Thank you to Playtone, Gold Circle, HBO, and Focus! And much love and gratitude to you all for your support as we waited to film. Greece baby. Greece! 🇬🇷 🎥#Mybigfatgreekwedding3.”

This is not Vardalos’ first director’s gig though— she also directed a film, I Hate Valentine's Day, in 2009 with her BFGW co-star, John Corbett.

No one has many more details yet on the film, but you don’t need to know more to get excited for the release.

Vardalos is luminous and jovial in her announcement — the director hat looks good on you, girl.