The pair introduced Tony winner Myles Frost and the cast of ‘MJ: The Musical.’ 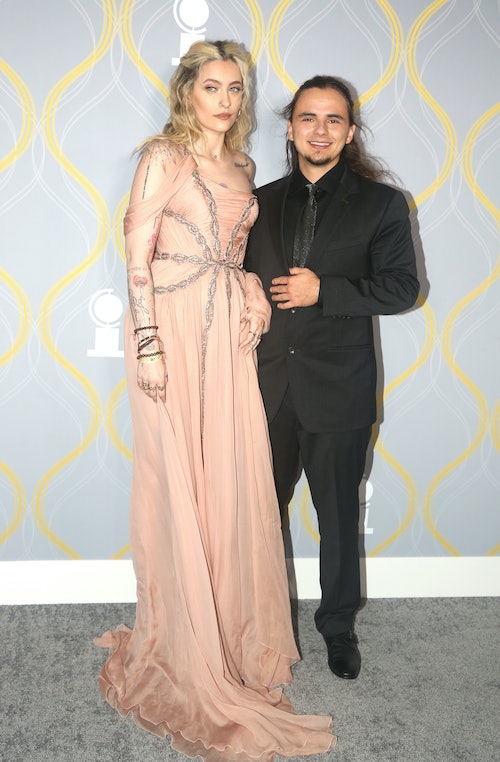 Feeling a bit of nostalgia for the one with the white sequined glove? So is Broadway, home to this year’s Tony nominated MJ: The Musical. And the company had a couple of special guests introduce its performance at Sunday night’s award show: Prince and Paris Jackson, two of Michael Jackson’s now-adult children.

“A lot of people seem to think our dad Michael Jackson changed popular music forever, and who are we to disagree?” began Prince Jackson, 25, standing beside his sister in a black suit on the stage at Radio City Music Hall.

“What people may not know is that he loved musicals — on film and on the stage,” Prince continued, describing MJ as a production that, “using many of his iconic hits, looks at the complexities and brilliance of our father’s process.”

“This number showcases that creative process as he builds a dance routine step by unforgettable step to one of his best-loved hits,” Paris Jackson, 24, continued, introducing Myles Frost in the title role.

Frost, who went on to win the Tony for Best Leading Actor in a Musical, then transformed into the King of Pop, sliding across the stage with his singular, electric grace to lead a group of dancers in a performance of “Smooth Criminal.”

MJ, written by Pulitzer winner Lynn Nottage and produced in collaboration with the late star’s estate, received nine other nominations. It won for Best Choreography, Sound Design, and Lighting Design.

Frost, a 22-year old from Maryland, made both his Broadway and stage debut with this role as the pop icon, going from college sophomore to acclaimed performer virtually overnight.

“I matured in that moment,” Frost told The Washington Post of learning that he’d been offered the role. “I think that was the first time I’ve ever experienced maturity in real time. I felt myself becoming an adult. In that moment, I felt like, ‘OK, it’s time to get out of the college party mentality.’ Like this is the beginning of Myles Frost as a grown man.”

Jackson had Prince and Paris with ex-wife Debbie Rowe. Prince Michael II, who now goes by Bigi and was once known as ‘Blanket,’ 20, was born via surrogate. He was 7 years old when Jackson died in 2009, and has mostly stayed out of the spotlight, making a rare appearance with his siblings for the premiere of MJ in 2021.

Bigi’s older siblings have had more of a public presence, with Paris pursuing interests in modeling and having a music career of her own.

At a 2019 benefit for the Healing Los Angeles foundation, Prince explained to Access Hollywood that Halloween was a special time for his family, as it was the one day of the year they could appear together in public with their father without Jackson being recognized.

Speaking of his bond with his siblings, Prince said, “nobody else really understands how you grew up or how you were raised.”

He continued, “especially, you know, when there’s a lot of people who may not have the best intentions for you, it’s very easy to get caught up in a lot of fake personalities, so I think it’s only made us stronger as siblings to have that bond, to have that very real relationship and raw relationship with each other, that we know it’s always love.”

READ:  Talking About Sex With Our Kids In A Post-Roe World