The Cincinnati Zoo announced Bibi the hippo gave birth to another calf this week. 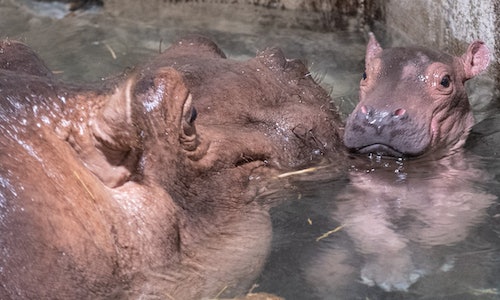 Welcome to the world, Fiona the hippo’s new baby sibling! On Thursday, the Cincinnati Zoo announced that Fiona’s mom, 23-year-old Bibi, gave birth to another calf on Wednesday evening.

The baby has yet to be named, but is thriving and bigger than their sister was at birth.

“This calf looks huge to us because Fiona, Bibi’s first baby, only weighed 29 pounds when she was born six weeks premature and wasn’t able to stand on her own. This new calf weighs at least twice as much as Fiona did and is already walking,” said Christina Gorsuch, Cincinnati Zoo’s director of animal care in a press release.

Bibi is currently living behind the scenes and away from her bloat, or group, as zookeepers give her space and time to bond with her new calf.

“We’re not sure if nursing has occurred yet because the water is murky. It’s Bibi’s first time nursing, since Fiona had to be cared for by the hippo staff, so we’re keeping a close eye on them to make sure we don’t need to step in,” Gorsuch said.

Five-year-old Fiona and 19-year-old Tucker, who is the calf’s father, are happy to hang out with each other in their habitat while Bibi heals and takes care of her baby. The Cincinnati Zoo plans to share more photos and videos o their social media pages if and when they can reach Bibi and baby without disturbing them. 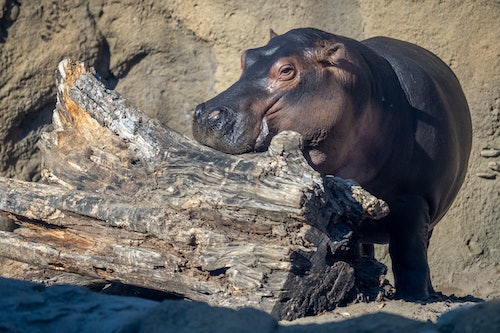 Fiona the hippo captivated the country when she was born premature in 2017. Weighing in at only weighed 29 pounds, she was 25 pounds less than the lowest ever record weight for her species, but her resiliency and stamina inspired many. She now weighs over 2000 pounds!

Congrats to the whole bloat!