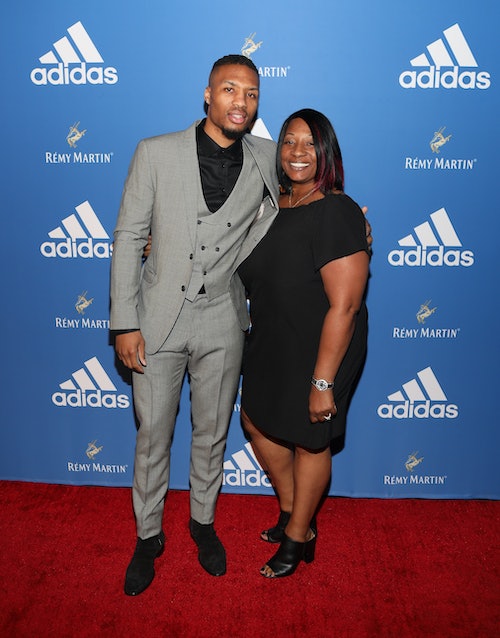 While the goal of parenting isn’t to “get” something in return from your kids, it sure is nice when a child is able to look out for their parents as they grow older. This is exactly what Damian Lillard, the point guard for the Portland Trail Blazers, did as soon as he signed his $13.8 million rookie contract with the NBA back in 2012.

"First thing I did, all right, I'm a millionaire now so I went to my mom's job and was like, 'Quit,'" Lillard recently told ESPN’s Marc J. Spears for Andscape. "I literally went and helped her pack up her desk, everything. 'They ain't been doing you right. They've been on your ass about every little thing. We ain't coming back.' So that was kind of just my initial thought."

Lillard told Spears that being able to get his mom out of a toxic work environment was one of the “best feelings” he’s ever had. As he was finishing up his final year of college at Weber State University, the NBA player recalled calling his mom “at least every other day,” during which she told him that she had been feeling sick and was struggling to balance an overly demanding (and underpaid) job along with her health.

“So, just knowing everything that I knew for that whole school year, when I finally got drafted and everything was pretty much set, I came home, and we literally went to her job in San Ramon. We walked in and everybody was aware that I just got drafted. So, they were like, ‘Oh, Gina, your son …’ Blah, blah. I was like, ‘We quit! We quit!’”

READ:  32 Feel-Good Shows Like Ted Lasso To Watch While You Wait For New Episodes

Lillard has gone above and beyond to help the rest of his “Home Team” financially by giving to others less fortunate. “ I just don’t feel comfortable knowing that I have what I have and then people are just struggling. And then when they reach out to you, I feel like it’s kind of my job to help them.”

In order to maintain the ability to give to those in need — and care for his twins Kali Emma Lee and Kalii Laheem Lillard, whom he shares with wife Kay'La Hanson — Lillard knows that having a solid financial foundation himself is critical. But at the end of the day, he is always going to be there should his family need assistance: “I’m sure there are going to come times when somebody is like, ‘I’m going to get evicted.’ I’m not going to let that happen. Or the kids need some school clothes and you got to pay rent. There are different things. I’m going to always be there for those situations when it’s needed.”

Maybe a few other ultra wealthy celebrities should take a note out of Lillard’s generous and longterm-focused playbook.