Siblings, love them or hate them they’re with you all the way through, and no matter what arguments you have as children, the fact that you’re linked by blood is a powerful force. But as it turns out, having siblings can affect you long after childhood is over. Thousands of studies on sibling relationships and

Siblings, love them or hate them they’re with you all the way through, and no matter what arguments you have as children, the fact that you’re linked by blood is a powerful force.

But as it turns out, having siblings can affect you long after childhood is over. Thousands of studies on sibling relationships and they’re causal effects have been completed by scientists all over the world. We have some of the strangest conclusions right here, if you’re ready for them.

1. Being mum’s favourite isn’t as good later on If you were mum’s favourite child, even if she gallantly insisted that you were not, look out because life isn’t always so golden for you down the track.

Researchers from Purdue University and Iowa State University found that adults who as children claimed to be closer to their mums than their siblings, were more likely to suffer from depressive symptoms. Of course researchers don’t really know the reason behind this, and they suggested that it might be sibling rivalry in opposition to that ‘golden child’ relationship that caused the increased depressive risk.

2. Having chubby siblings raises your own obesity risk You probably already know that the weight of your parents can have an impact on your obesity risk. What you might not know is that siblings are actually a much bigger influence than your parents when it comes to weight. In one study, published in the American Journal of Preventative Medicine, researchers revealed that having an obese older sibling could make children as much as five times more likely to become obese as well. This is even more pronounced for same sex siblings, with the study showing boys with obese older brothers were 11.4 times as likely to be obese, and girls with obese older sisters were 8.6 times more likely to be obese. 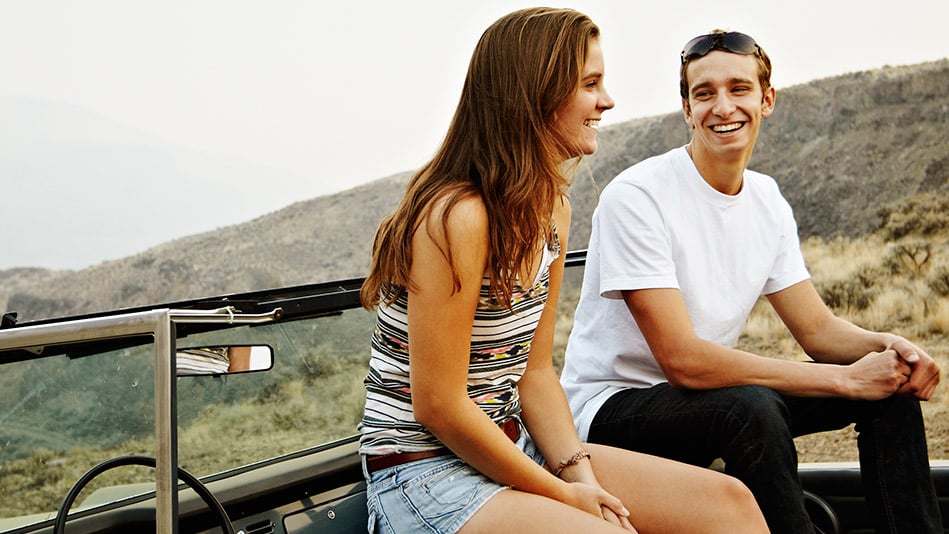 Your opposite-sex siblings rarely seemed to make a positive impact on your romantic life when you were young. They were the ones that barged in on you in the middle of a date and, generally, said something super embarrassing that ruined the moment. However, it turns out, they might increase your romantic confidence among the opposite sex. Research done by Pennsylvania State University found that at age 20, opposite-sex siblings thought of themselves as more romantically competent in dealing with the opposite sex, likely because they were able to relate to their opposite-sex siblings, thereby better understanding the intricacies of this behaviour.

4. Having lots of siblings lowers your divorce risk

This is probably one of the strangest conclusions drawn by scientists, but researchers from the Ohio State University found that people coming from a large family are less likely to be divorced. They analysed data from 57,000 Americans over a period spanning 40 years in coming to their conclusion, stating that those with siblings are more likely to remain married than only children. They were even able to figure out just how much the divorce risk is reduced by with each sibling! Just in case you were wondering, each sibling decreases the divorce risk by 2% until you get to seven siblings, at which point it pretty much levels out. Researchers suggested that larger families might provide more opportunities for practising communication, negotiation and emotional openness. All siblings fight and get on each other’s nerves sometimes, but constant teasing and sibling bullying doesn’t just have an impact on your childhood. In fact, one study found that kids who were ‘bullied’, an action defined to include name-calling, teasing and physical violence, by their siblings were more than twice as likely to have issues with depression and self-harm by the age of 18. They’re also almost twice as likely to report issues with anxiety. While it’s important that children learn how to assert themselves in conflict, too much conflict does have a negative impact.

Are you surprised to learn how your siblings affect you later in life?