Australia day is coming soon and what better way to enjoy the day than with food and movies? Speaking of movies, – I may be a bit biased – but Australian made and based movies are the best. I like that I can be able to relate to the culture, the habits, the words. It also

Australia day is coming soon and what better way to enjoy the day than with food and movies?

Speaking of movies, – I may be a bit biased – but Australian made and based movies are the best. I like that I can be able to relate to the culture, the habits, the words. It also teaches me a bit of history (the ones that are based on true stories).

So, we gathered 45+ of the best Aussie movies we can think of. These are SAHM picks so feel free to tell us yours so we can watch it (and maybe add it to this list!)

Revenge comes back in style as a glamorous woman returns to her small town in rural Australia. She then empowers women and makes a sweet revenge on those who did her wrong.

When a young woman’s body was found in Lantana bush in suburban Sydney, the lives of four couples began to change.

A transgender woman along with two drag performers go across the desert to do their unusual style of cabaret.

This is the true story of the legendary criminal, Mark “Chopper” Read. A film which is based on his best-selling book, “From the Inside”, which he wrote while in prison.

An unconventional crocodile poacher goes to New York City after being invited by an American reporter who he met at an Australian outback.

A teenager tries to survive amongst his criminal family while a detective comes to investigate a crime and tries to save the 17-year-old.

Three backpackers who went to the Australian outback get stranded and then meets a local who was a sadistic psychopath and befriended them and immersed them into an unimagineable torture.

After the violent death of her husband, a mother began to fight her son’s fear of a monster inside the house, but suddenly finds out there’s a truth to that fear after all.

Based on true events, the film tells the story of a 16-year-old boy, Jamie, who longs to escape the violence of his surroundings, and has found hope with his mother’s charismatic new boyfriend. However, with the disappearance of some people, he begins to doubt the intentions of his father-figure, who turns out to be Australia’s most notorious serial killer.

When a 15-year-old girl runs away from her hometown and arrives in the Australian Alps, new experiences taught her the differences between sex and love.

After the Battle of Gallipoli, a father goes to Turkey to try to find his three missing sons.

A musical film that tells the story of a poet who fell for a lovely courtesan whom a jealous duke already owns.

A story about a famous Hollywood movie star and his obsession for cars and racing.

An all-girl group called “The Sapphires” composed of four young, talented Australian Aboriginal girls learn about love, friendship and war when they went to entertain the US troops in Vietnam.

This imaginative children’s film tells the story of an Australian boy whose dreams of flight is realised as he joins the world of competitive paper-plane throwing. Now he has to come up with the best paper plane to compete in the World Paper Plane Championships in Japan.

A young woman travels across the deserts of West Australia on a 1,700-mile trek along with four camels and a dog.

As the son of an apple farmer, Albert Einstein discovers how to split the beer atom to put the bubbles back into beer. When he tries to patent his invention in Sydney, he meets French scientist Marie Curie, and many others who would take advantage of him and his invention.

Eight high school teenagers gather together to battle as their country is invaded and their families are taken.

After his father dies, an 18-year-old boy is forced to go to the low lands to earn a living and takes a job at the Harrison cattle ranch.

In a bid to stop a motorcycle gang from wreaking havoc, an unforgiving policeman sets out to fight to try to save a self-destructing world.

When a geologist gets stuck on a trip to Pilbara desert with a Japanese businessman she finds annoying and arrogant, things went from bad to worse.

READ:  What It’s Like To Co-Parent Through COVID: One Family’s Experience Of Staying (Sorta) Healthy

As Nazi skinheads got angry at local Vietnamese who they believed are threatening racial purity, the Vietnamese confronted them, sending them running. Just then a woman joins them and helps them.

With the support of his granddaughter, an eccentric chicken farmer instructs his naughty dog Oddball to guard a penguin refuge from fox assaults in an effort to reconcile his family and rescue their coastal town.

When the members of the Grave Diggers Motorcycle Club are being knocked off one by one, there needs to be reason. This film is about some renegades riding Kawasaki 900s.

Three aboriginal girls escape after being taken from their homes and forced to become domestic staff, and begin their journey across the outback.

This is the story of Li Cunxin who hails from a poor Chinese village and was discovered and trained at the age of 11, to become one of Madame Mao’s cultural delegates and taken to Beijing to study ballet. Years later, he then fell in love with an American woman during a cultural exchange to Texas. He finally went on to perform as a principal dancer for the Houston Ballet and as a principal artist with the Australian Ballet.

Before the first mission to the moon in 1969, NASA worked with some Australian technicians who set up a satellite dish in the middle of a sheep farm in an attempt to rig up a satellite interface. This is actually based on a true story.

A well-kempt TV host and a grubby science journalist in a relationship that’s almost going down the drain suddenly wake up one morning to find their bodies have switched.

READ:  My Kids’ Every Sniffle Sends Me Into An Anxiety Spiral Right Now

This is the story of the legendary Red Dog who was able to unite a local community as he goes around the Australian outback to find his master. 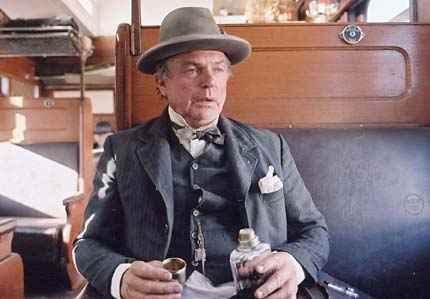 A young woman is unjustly sent to a mental asylum and her only chance to get out of it lies in the hands of an alcoholic lawyer.

This is the story of pianist David Helfgott who has had a turbulent past with his overbearing father. He goes to London on a musical scholarship until his career blossoms. However, with the pressures of his fame and rough childhood, his latent schizophrenia begins to appear and he goes in and out of different mental institutions.

A top agent has to catch that one elusive criminal as his final assignment. However, the pursuit takes some unusual twist into some “mind-bending exploration of love, fate, identity and time travel taboos.”

A family are forced to leave home as authorities plan an infrastructural expansion that would affect their area, but the family is willing to battle it out to remain in their house.

The film focuses on five suburban couples and some of their dangerous, unusual, and dirty little secrets.

READ:  A.Rod Opens Up On How He And His Daughters Are Taking J.Lo Split

Two sprinters go to fight in the Battle of Gallipoli in Turkey during World War I.

A truck driver who travels across Australia encounters other hitchhikers and plays games as a pasttime while on the journey. When a woman traveller he picks up suddenly disappears, he suspects a van driver to be the serial killer, until police noticed him and began to suspect him instead.

A teenage girl is faced with challenges as she deals with the difficult relationship with her mother, the unexpected comeback of her father, her strict Catholic school, her everyday struggles with her schoolmates, and a dilemma over two boys.

As a widowed father tries to find his “Miss Right”, his gay son is on a quest to find “Mr Right”.

This is the story of Babe, a pig that was won by a farmer at a county fair. Back the farm, Babe bonds with a sheepdog and finds out that he too can herd sheep.

A film about a young boy who grew up in an iron shed next to a wildlife sanctuary. His father wants them to live a secluded life that any attempt to take them out of their comfort zone does not succeed. One day, the boy finds three pelican chicks and decided to take care of them. Altough his father isn’t keen, he allowed them.

A teenager owes a local gangster money when a gang loot goes missing, which was found by two street kids who goes on a shopping spree using the missing money.

While a couple decided to set sail in the Pacific to forget about a horrible accident, they encounter an abandoned ship with only one survivor.

While his job is the most ignored and unappreciated, Kenny is determined to rise above all as he delivers porta-loos from the biggest of festivals to the smallest of all events.

Muriel spent most of her days daydreaming of her wedding day while listening to Abba music in her room. Bored and frustrated with her life in Porpoise Spit, she stole money from her parents and went on vacation.