The owners of a Melbourne hair salon have been fined close to $10,000 and threatened with arrest after they opened their doors, despite the coronavirus lockdown laws.

However, owner Jomana Najem had strong words for the government. 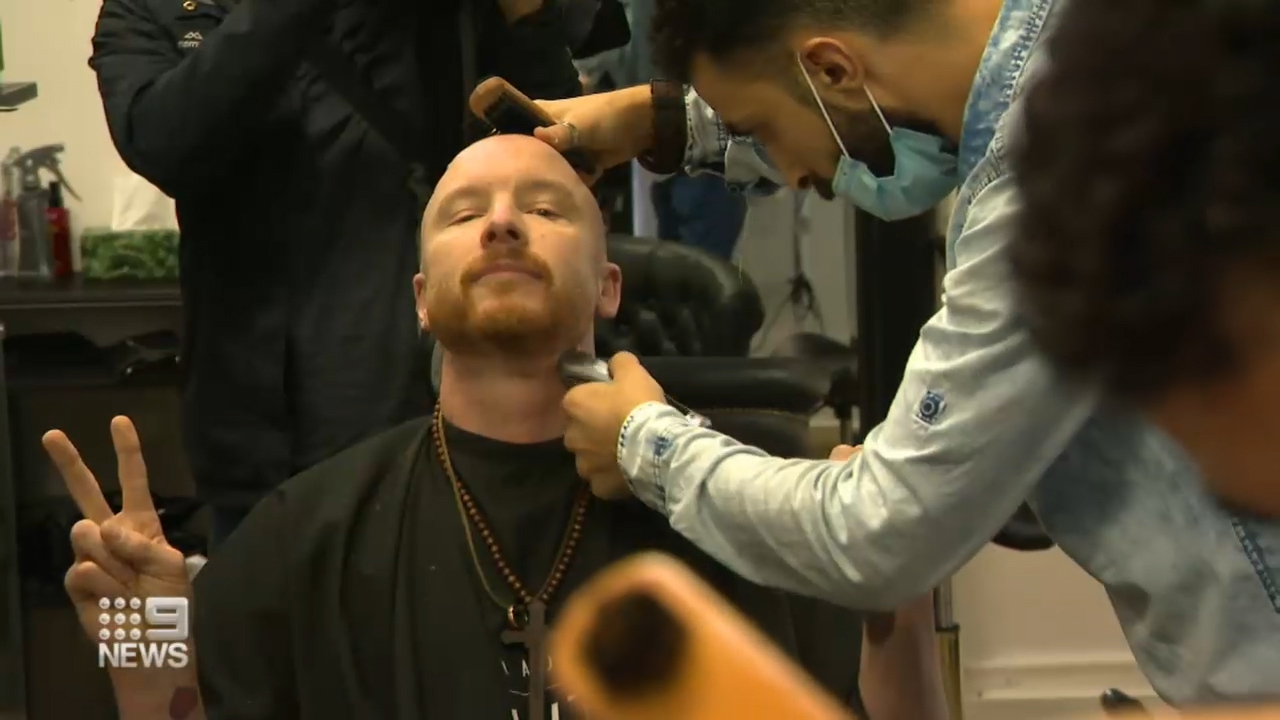 "We have been strung along, we have been toyed along, and this is just getting beyond a joke," she said.

"We're suffocating and we cannot do this anymore."

Police visited the business before doors opened and issued a warning.

But clients were served for close to two hours, some not wearing masks, before the police stepped up their response.

Community reaction was split, with the salon gathering a crowd of supporters.

But others 9News spoke to were angry with the business.

"I just find it disgusting that people can be so selfish and put our community at risk," one local said.

Mr Andrews was blunt about the consequences.

"The maths of that doesn't add up."

The salon was closed and police officers were lined up in front of it before lunchtime.

However, the owners said they planned to re-open again tomorrow.

"We're just trying to make money to feed out children, and this is just ridiculous," Ms Najem said.

Mr Andrews suggested the couple might be eligible for other financial assistance, but he did not specify what.