The bushfires in Australia have burned through more than 10 million hectares, killing hundreds of millions of animals in the path of the blazes and devastating significant swaths of crucial habitat for the survivors.

Numerous animals in the hardest-hit states of New South Wales, Victoria and South Australia face real threats to extinction as they struggle to recover from the destructive fires.

The federal government has committed $50 million to a wildlife recovery fund. Treasurer Josh Frydenberg announced half this sum would go to wildlife rescues, hospitals and conservation groups, and the other $25 million would go to an emergency intervention fund advised by a panel of experts.

Ecology expert Chris Dickman from the University of Sydney conservatively estimates more than 1 billion animals may have perished across the country, based on mammal, bird and reptile population density estimates multiplied by the area burned.

According to a draft of the Victorian state government’s bushfire biodiversity response plan obtained by HuffPost, the blazes in the state had burned through “mostly high biodiversity value areas.” The report listed 54 species for immediate concern based on the extent of habitat burned, with numerous species having lost more than 40% of their habitat and some projected to lose more than 70%. Among the 54 species are 13 amphibians, 2 bats, 8 mammals, 11 birds, 7 reptiles and 13 aquatic fauna.

A spokesperson for the NSW National Parks and Wildlife Service said an emergency recovery plan to protect and restore wildlife populations in the state is being developed. “On-ground interventions to protect threatened species and remaining habitat will need to include provision of food, water and shelter as well as pest and weed control,” she said.

Here’s a snapshot of the species facing serious threat from the fires. 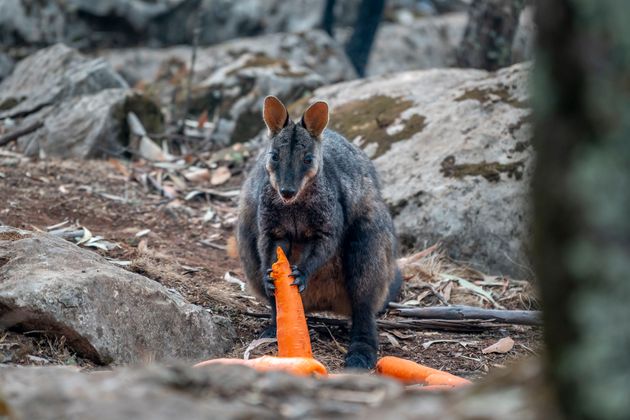 The brush-tailed rock-wallaby was already listed as endangered prior to the bushfires. Mark Eldridge, the principal research scientist at the Australian Museum Research Institute, has been studying the species for more than three decades. He said many of the remaining wallaby colonies had been burned by the “unprecedented large and hot fires.”

“The fires have killed some individuals but others have survived as they were able to shelter in their rocky crevices. However, the survivors now face an extremely difficult time as the fire has removed all or most of their food so they face starvation, and with most plant cover gone they are now very exposed to predators ... which are often attracted to burnt areas.”

He said that, although he does not usually favor intervention, these were “desperate times,” nodding to the New South Wales government’s current aerial food drops of carrots and sweet potatoes for hungry animals.

“The species has certainly taken a hit and will continue to suffer. Once we know more about the impact, we will be able to see if their conservation status needs to be reassessed.”

He said there was an urgent need to step up control of non-native predators and herbivores in fire-affected areas to give survivors a chance to recover. 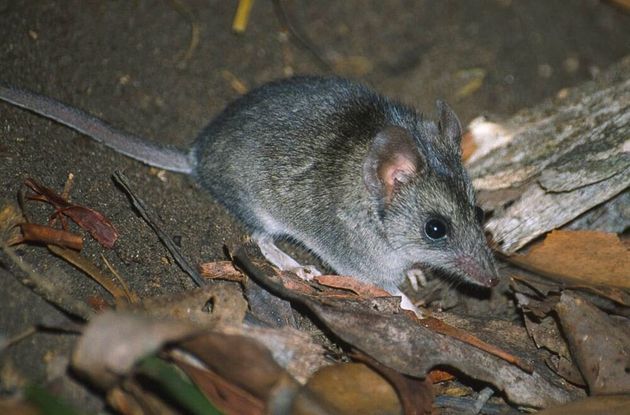 The Kangaroo Island dunnart is listed as critically endangered by the International Union for Conservation of Nature. Rosie Hohnen, an ecologist at Charles Darwin University who researches the species, said that the fires have burned “all sites that they have been detected at since 1990, so effectively its entire range.”

“Given it was previously considered critically endangered and that it will be very difficult for individuals to survive in burnt areas, it’s clear the species is in real peril, on the very edge of extinction,” Hohnen said.

Attempts to recover the species will involve surveying unburned habitat, controlling predators in those areas and fencing off the predator-free areas. 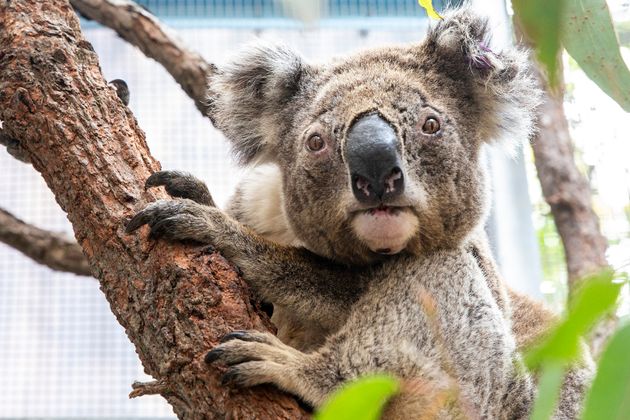 Koalas have been hit hard in some of their populations, such as near Port Macquarie, New South Wales, where populations of several hundreds have been reduced to very few, said Mathew Crowther, a University of Sydney expert in wildlife ecology. However, a lot of koala habitat does still remain unaffected by the bushfires, he said.

Federal environment minister Sussan Ley said that up to 30% of their habitat in New South Wales had been destroyed and that the fires might move the koala from its “vulnerable” classification to “endangered.”

Experts are gravely concerned about the critically endangered southern corroboree frog. The species already faced a grim future due to disease, and climate change has affected its alpine environment in the Kosciuzko National Park, Zoos Victoria says on its site. A mega-blaze comprised of three fires has moved through this region, leaving experts unclear on the frogs’ fate. However, conservation groups have “insurance” populations of captive-bred frogs on site. 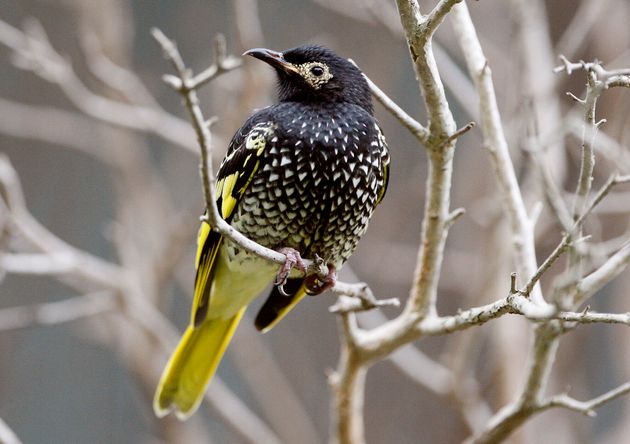 This critically endangered songbird has lost important breeding habitat, especially in its Capertee Valley stronghold. According to Ross Crates, the lead researcher for the species at Australian National University, at least 20% of its known breeding habitat had been lost. “Probably at least 60% of the areas where they may disperse through to spend the winter has been burnt,” he said.

A plan to release captive-bred regent honeyeaters last year has been rescheduled for spring due to the wildfires, however, surveying of burned sites will need to take place to see if this plan is still viable. 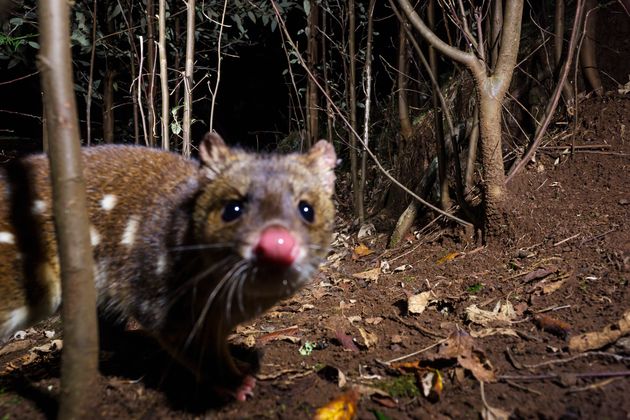 The spotted-tail quoll was endangered even before the fires and suffered losses to feral predators and habitat destruction from changing fire patterns, land clearing and logging. The fires destroyed key habitat in areas including the Tallaganda National Park, a biodiversity stronghold, which urgently needs rain to regenerate. 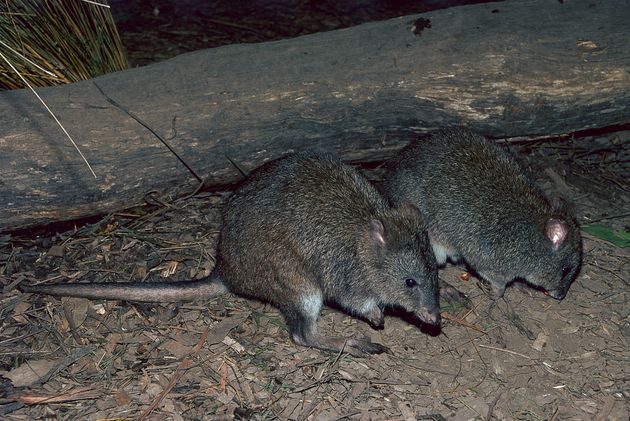 The long-footed potoroo, found in Victoria’s fire-ravaged East Gippsland region and in southeastern New South Wales, is a forest-dwelling mini kangaroo that feeds almost exclusively on a type of fungi. The animal is likely to have sustained serious loss of food and habitat, and it will be vulnerable and exposed to predators. 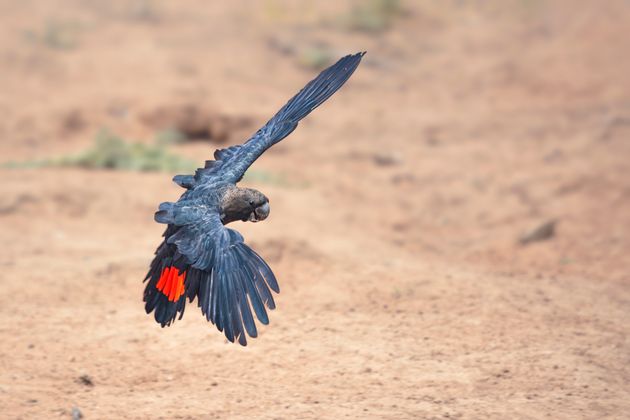 Kangaroo Island’s unique subspecies of glossy black cockatoo was, until recently, a success story for Australia’s conservation. Daniella Teixeira, a conservation biologist at the University of Queensland, said that, although it was not yet safe for staff to get on the ground to make assessments, as much as 60% of the habitat may have been lost.

“With a population of fewer than 400 birds before this crisis, this loss of habitat will be a major setback to the long-running conservation efforts for this unique bird,” she said.

She said the devastating losses may even put the bird back on the “critically endangered” list. However, her team would work hard to recover the species.

“By winter, we hope to plants thousands, if not tens of thousands, of food trees. These will provide food within five to 10 years. That probably seems like a long time, but that’s actually really quick for a tree. Our overall objective is to create more habitat so that the birds have a better chance of surviving such events in the future,” she said.