A man has been left for dead in Perth's south after being slashed and bashed by a gang in a terrifying attack in broad daylight.

The group drove by and set upon the victim, with one of the thugs wielding a machete.

The attack took place outside the Medina IGA in the middle of the day. 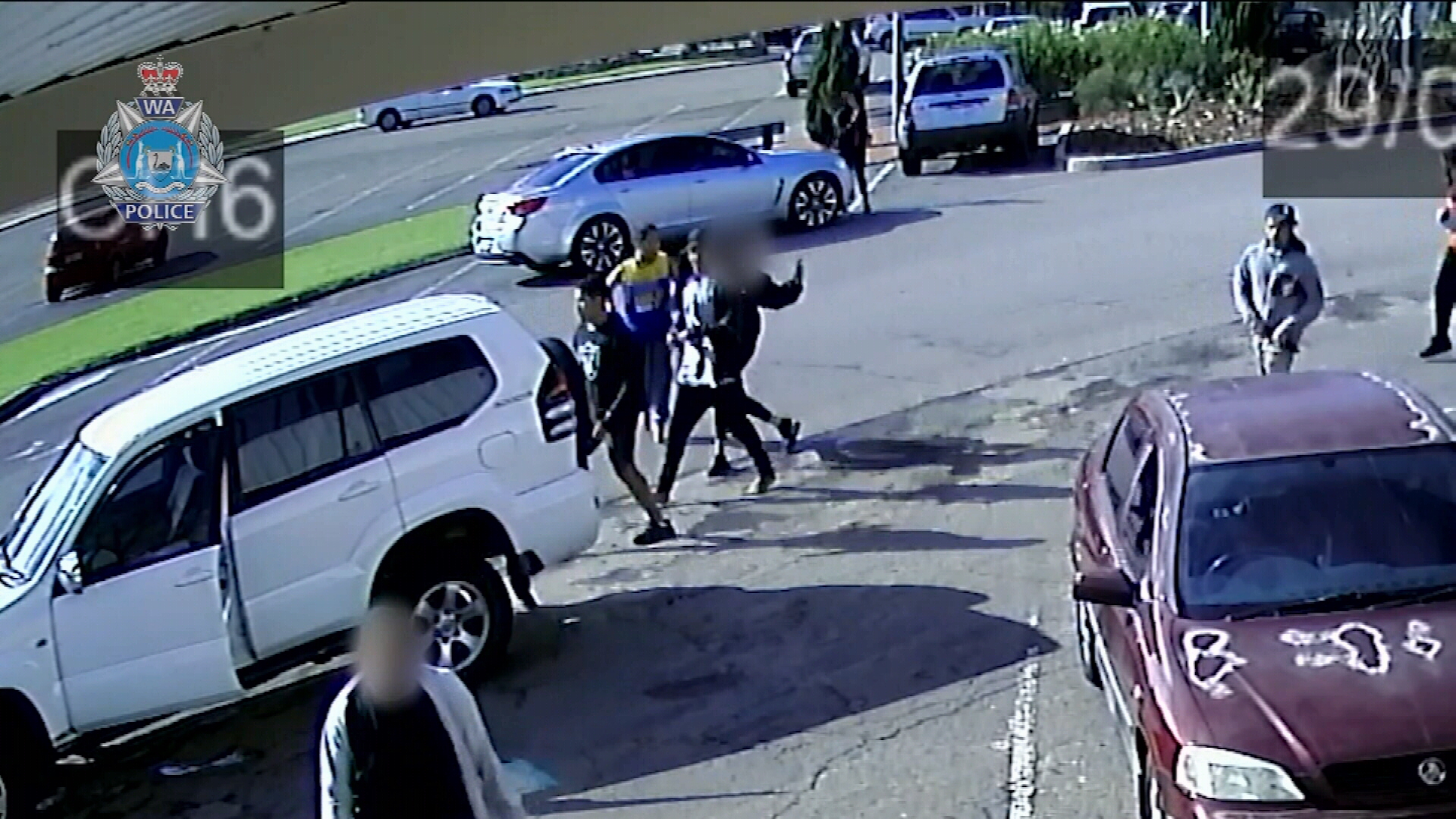 Video shows the man fends off one assailant, but the others kept coming until he was left wounded.

The victim, 39-year-old Wayne Ugle, was left crawling on the ground with cuts to his head, arm and hand as he waited for paramedics.

His partner and sister were with him, hiding inside the IGA. 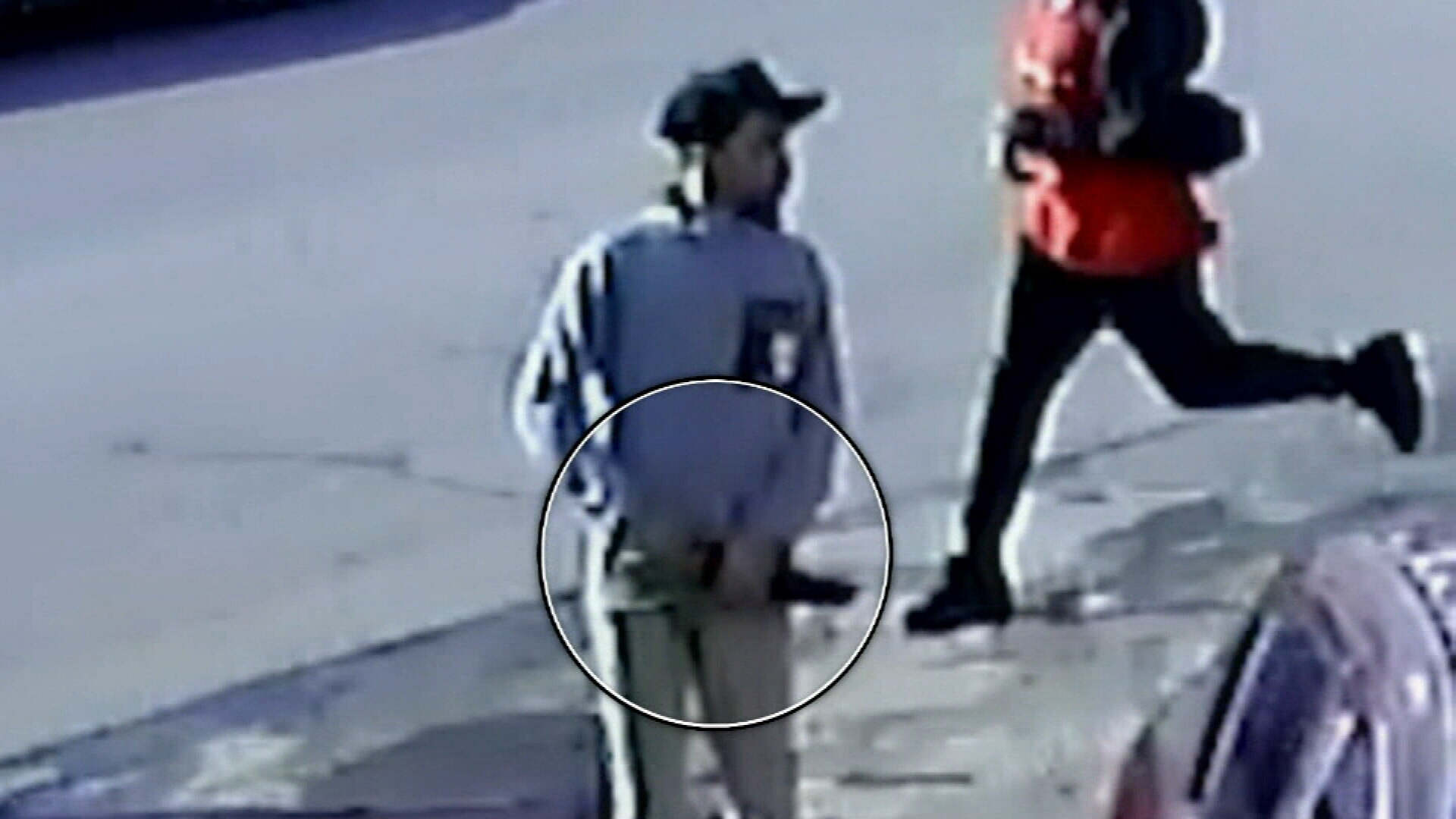 "He just said, 'run, run, run' and me and my sister ran for our lives," his partner Larissa Garlett said.

Mr Ugle's sister Lewana Hodder said it had not been a "fair fight".

"When I asked him, they didn't even say nothing, they just got out of the car and rushed him," she said.

The attack happened at 2pm yesterday but Ms Garlett said the group had been harassing them for months. 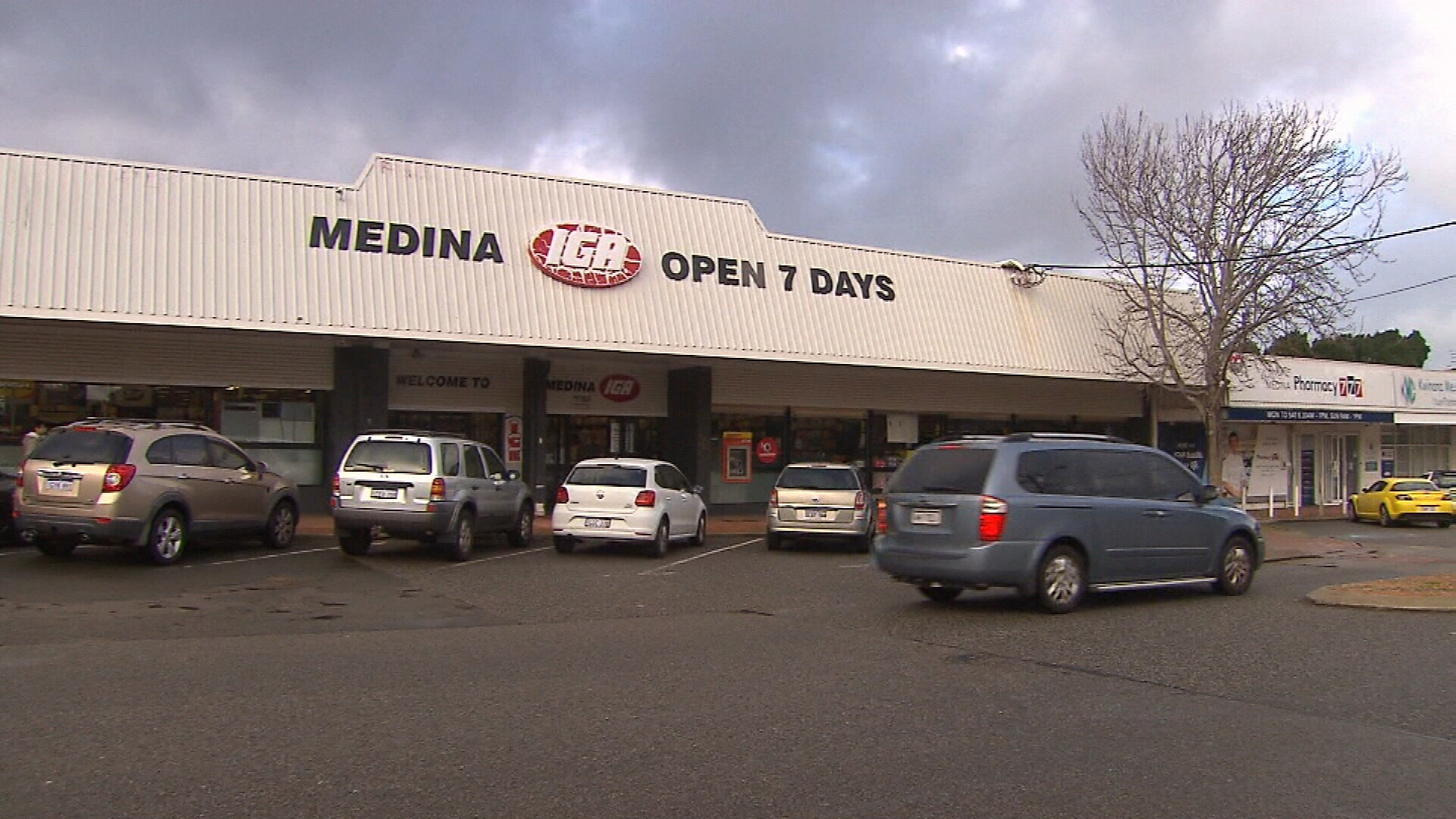 "It wasn't a family feuding," she said.

"It was an ambush, we got ambushed." Mr Ugle underwent surgery today for the cuts to his hand and arm and will spend the night in hospital.

His family is now pleading with attackers to turn themselves in, but tonight, they remain on the run.